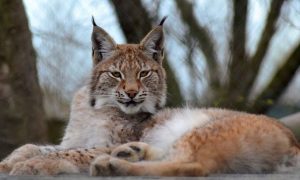 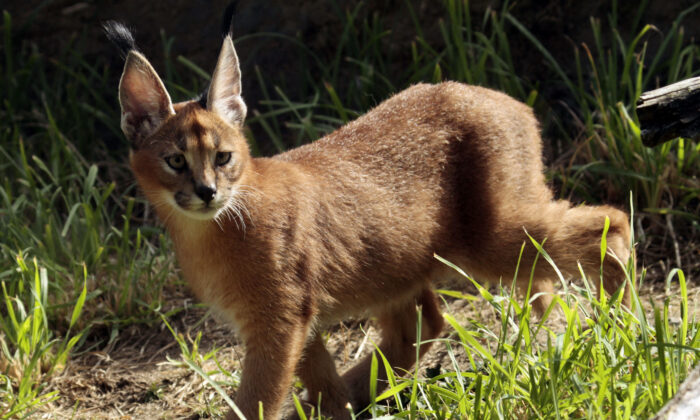 AROYAL OAK, Mich.—A large cat native to Africa is on the loose in a suburb north of Detroit after escaping from its owner.

The caracal was reported missing around 6:30 a.m. Wednesday in Royal Oak, authorities said.

The cat’s weight is estimated at 50 pounds (22.6 kilograms). It was among four big cats held in cages that allowed them to go in and out of the owner’s garage. Two escaped through a gate that was left open.

The owner used raw meat to lure one back to the enclosure, the Detroit Free Press reported.

The missing cat last was seen near an elementary school, according to the newspaper.

Royal Oak police Lt. Albert Carter told The Detroit News that the cats are classified in an animal category that isn’t regulated by the state. The cats have got away from their owner’s home on at least two other occasions, Carter said.

They prey on rodents, other small mammals and birds. They also are native to the Middle East, Central Asia, and India.

“The owner says they present no harm to humans,” Carter said. “They are very passive, nocturnal animals.”