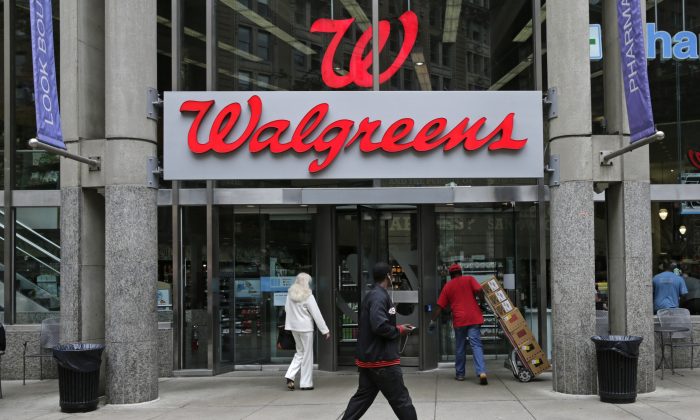 Walgreen Co.—which bills itself as “America’s premier pharmacy”— is among many companies considering combining operations with foreign businesses to trim their tax bills. These deals, called inversions, have raised concerns among some U.S. lawmakers over the potential for lost tax revenue. (AP Photo/Charles Krupa)
Life & Tradition

Labor Day is Monday, and while many federal and state offices and services are closed for the day, many retailers are open.

Most pharmacies–namely the big-name ones–are open during the holidays. They tend to be open 24 hours.

The majority of gas stations also tend to be open on Labor Day.

Walmart will remain open, and some Walmart Super Walmart stores will be open 24 hours on the holiday. Check hours before going there.

Democrats who were bracing for the impact that Obama’s long-awaited announcement would have on their campaigns are now rethinking aspects of their strategy for the fall. Republicans who were considering legislative attempts to block Obama must reconsider whether that’s the best use of the few remaining work weeks before Election Day.

And immigration advocates, already frustrated by how long it’s taken Obama to act, must decide whether to pressure the president publicly to stop stalling or remain hopeful he’ll give them a favorable outcome in the end.

Obama in June said that by the end of the summer, he’d announce what steps he had decided to take to fix the nation’s immigration system in the absence of a legislative fix from Capitol Hill. But Obama backed away from that deadline on Thursday, and the White House on Friday acknowledged it was possible the decision would slip past the end of summer. It was unclear whether any delay would be a mere matter of weeks or could push the announcement past the November elections.

“The president is determined to take the kinds of steps that are available to him,” said White House spokesman Josh Earnest. But he added he had no details about when that would happen.

Reluctant to be seen as putting on the brakes for political reasons, White House officials suggested that if the decision slips past summer, it would be because of the situation on the border, not the election.

For months, the Obama administration has been working to stem the surge of unaccompanied minors crossing into the U.S. Those numbers have declined, but officials have said the numbers could creep back up as cooler temperatures arrive in the fall.