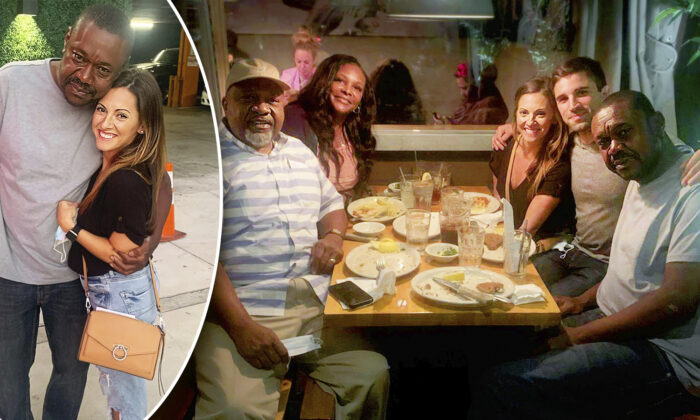 A Los Angeles woman is being lauded for going far beyond your everyday act of kindness. She not only reached out to a homeless man in need but also helped reunite him with his family after being separated for 20 years.

Often, the homeless are regarded with discomfort, an awkward reality we face on our way home from the grocery store or while passing through downtown.

But imagine moving to a new city only to have your dreams and finances fail you; imagine being turned out onto the street with no one to call, and no way to get home to your family, while your loved ones are worried sick, wondering what happened to you.

This is the story Randi Emmans heard told to her one night outside her LA apartment.

She heard a nearby homeless man talking to himself. But instead of walking past while avoiding making contact, Emmans listened.

The man, whom she later learned was named Pedro Reid, was murmuring to himself, “Imagine no one ever stopping and saying hello. Everyone just stares. But no one knows how educated I am, how intelligent I am, all they see is a man who doesn’t have a home and doesn’t have anyone to call.”

His words touched Emmans’s heart, and she brought her boyfriend, John Suazo, to talk to Reid.

Soon, they learned that he’d moved to Los Angeles in 1999, crossing the country all the way from South Carolina for a relationship that didn’t last.

“We ended up talking to him for about an hour,” Emmans wrote on social media. “He explained that he has been on the streets for 8 years … he moved out here for a girl and the relationship didn’t work out and he didn’t have the money to get his own place or to get back to his family in NY or Charleston.”

Soon afterward, his struggles with drugs and alcohol left him homeless. At 54, he hadn’t seen his family in 20 years. He had no ID and was going by the alias Franklin Mitchell.

These factors made it nearly impossible for Reid’s family to find him over the years.

“I cried all night,” Emmans wrote. “I’m crying again writing this. I cannot imagine what this man has been through, or anyone on the streets for that matter.”

Emmans, who runs a local homeless charity, gave Reid a backpack full of supplies, but it didn’t feel like enough. So, she sent out a call for donations on her Facebook page, hoping to gather funds so Reid would have a place to stay while they attempted to reunite him with his family.

The couple took down the names of Reid’s family members and his grandmother’s address, then set to researching and calling people, searching for his family.

Grant told The Washington Post that as soon as Suazo told him about their encounter with Reid, he knew his long-lost nephew had been found.

“For over 20 years, we had been praying and believing that one day we would find him, and the day finally came. This is a miracle,” he said.

Among other things, the donations Emmans and Suazo collected funded flights for Grant and Pedro’s cousin, Mia Green, who were reunited with Reid on August 7th.