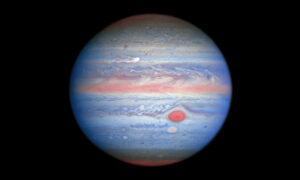 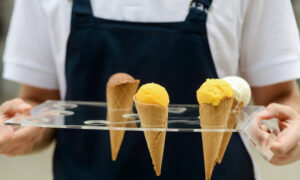 Kitten who survived two hurricanes finally has a loving home

Natural disasters have a tendency to displace pets. They’ll often wind up far away from their owners and may even get adopted into a new family. Natural disasters are tough for humans to survive, let alone small animals. Yet one cat proved its mettle by surviving not just one hurricane but two.

Frijolito (a.k.a Lito or Little) was only around two weeks old when the housekeepers at Culebra’s Club Seaborne Hotel heard her crying outside. It took them two days to find her and when they did, her eyes were barely open.

With Hurricane Irma on the horizon (about two weeks away), they knew they needed to provide a safe home for the little kitten. They called up Jenny at Friends of Culebra Animals for help. Jenny was already tied up with three kittens of her own, so she called Didi at The Happy Cat Healing House. Didi agreed to take her in.

Lito loved her foster home! Didi’s two dogs loved little Lito and assisted her with grooming. Kittens need grooming to stimulate their bowel movements, so it was good that those dogs were around—otherwise she could have died.

Didi was the one to come up with the name Lito which she chose for a few reasons. Her name comes from Frijolito Saltarin, a Spanish phrase for “jumping bean,” fitting because Lito will often stand on two legs and jump. Yet there’s another reason as well.

“I named her Little because she was sooooo little when I got her,” Didi told Vail Daily.

Didi loved little Lito, and they both amazingly survived Hurricanes Irma and Maria together. However, afterwards, it became clear that the cat would need to find a new home outside of Puerto Rico, which was overwhelmed with the disaster recovery. Fortunately, Scott Schlosser from Eagle, Colorado was on the case.

Schlosser is a realtor/developer in the area who has a long history of helping his local humane society. On 15 separate occasions, he has picked up pets from Puerto Rico and brought them to Colorado.

One day, the owner of Yoga Off Broadway (where Schlosser does yoga), Yvonne Schwartz, mentioned to him that her four-year-old daughter had always wanted a kitten.

“I’m going to Puerto Rico. Some animals survived the hurricanes. Why don’t I bring one back?” Schlosser replied.

It was quite a process to get Lito ready to be transferred, since there are no veterinary offices on Culebra island, and all the paperwork needed to be filled out on the mainland. Once that was taken care of and Schlosser was finally ready to go home, he received a discouraging call from Didi.

Didi and Schlosser walked all over the area calling her name. Starting at 10 pm, they spent hours outside searching. They even discovered another stray cat that looked enough like Lito to function as a substitute but they ultimately decided it was better to wait for the real Lito.

Finally, around 1:30 am, Lito was found. It turns out she was sleeping in Didi’s dresser drawer the whole time!

On Christmas Eve, Schlosser came back to Eagle and dropped Lito off at the Shwartz’s house.

“The kids were ecstatic,” Schlosser said.

Schlosser is glad to have found and delivered Lito to the family, despite the challenges.