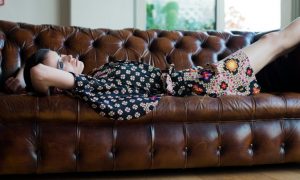 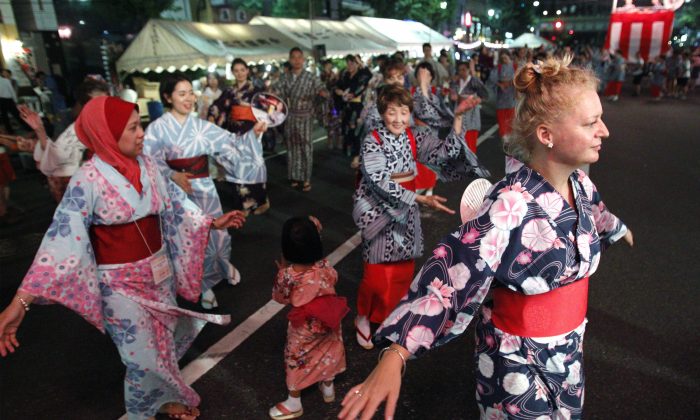 Kimono-Clad Foreigners Get a Taste of Old Tokyo

TOKYO — With some help from Japanese volunteers, more than 80 foreigners from around the world, including the United States, Russia and Malaysia, donned casual summer kimonos called “yukata” for a stroll around old Tokyo this month.

The six-hour “Yukata de Guide Tour,” now in its 10th year, took them to Japan’s national sumo arena, a traditional tea ceremony at the Kyu Yasuda Garden and a cruise on the Sumida River. At the end, the group enjoyed dancing with locals at a “bon odori,” a traditional summer street-dance festival.

More than 700 foreigners, who register online, have participated in the annual tour since 2005. Akizu Hiruma, one of the organizers, said she hopes to expose foreigners to the real traditional Tokyo and friendliness of its people. The tour, organized by the Sumida district tourism office, takes place early August every year.

According to the Japan National Tourism Organization, the number of foreign visitors in the first half of this year reached a record 9.14 million.