The Importance of Play for Children
0 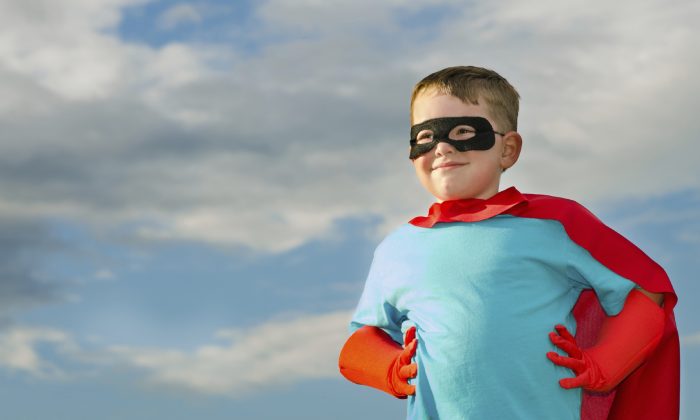 Children have a sense of self-esteem—a characteristic that stays relatively stable throughout their life—by age 5, even before they begin kindergarten, a new study shows.

“Our work provides the earliest glimpse to date of how preschoolers sense their selves,” says lead author Dario Cvencek, a research scientist at the Institute for Learning and Brain Sciences at the University of Washington.

“We found that as young as 5 years of age self esteem is established strongly enough to be measured and we can measure it using sensitive techniques.”

For the study, published in the Journal of Experimental Social Psychology, researchers used a newly developed test to assess implicit self esteem in more than 200 5-year-old children—the youngest age yet to be measured.

“Some scientists consider preschoolers too young to have developed a positive or negative sense about themselves,” says coauthor Andrew Meltzoff, codirector of I-LABS. “Our findings suggest that self esteem, feeling good or bad about yourself, is fundamental. It is a social mindset children bring to school with them, not something they develop in school.

“What aspects of parent-child interaction promote and nurture preschool self esteem? That’s the essential question. We hope we can find out by studying even younger children.”

Until now no measurement tool has been able to detect self esteem in preschool-aged children, because existing self esteem tests require the cognitive or verbal sophistication to talk about a concept like “self” when asked probing questions by adult experimenters.

“Preschoolers can give verbal reports of what they’re good at as long as it is about a narrow, concrete skill, such as ‘I’m good at running’ or ‘I’m good with letters,’ but they have difficulties providing reliable verbal answers to questions about whether they are a good or bad person,” Cvencek says.

To try a different approach, researchers created a self esteem task for preschoolers. Called the Preschool Implicit Association Test (PSIAT), it measures how strongly children feel positively about themselves.

Adult versions of the IAT can reveal attitudes and beliefs that people don’t know they have, such as biases related to race, gender, age, and other topics.

“Previously we understood that preschoolers knew about some of their specific good features. We now understand that, in addition, they have a global, overall knowledge of their goodness as a person,” says coauthor Anthony Greenwald.

Fun and Happy or Mean and Yucky?

The task for adults works by measuring how quickly people respond to words in different categories. For instance, the adult implicit self esteem task measures associations between words like “self” and “pleasant” or “other” and “unpleasant.”

To make the task appropriate for preschoolers who can’t read, researchers replaced words related to the self (“me,” “not me”) with objects. They used small unfamiliar flags, and the children were told which of the flags were “yours” and “not yours.”

The 5-year-olds in the experiment—which included an even mix of 234 boys and girls from the Seattle area—first learned to distinguish their set of flags (“me”) from another set of flags (“not me”).

Using buttons on a computer, they responded to a series of “me” and “not me” flags and to a series of “good” words from a loudspeaker (fun, happy, good, nice) and “bad” words (bad, mad, mean, yucky). Then, to measure self-esteem, the children had to combine the words and press the buttons to indicate whether the “good” words were associated more with the “me” flags or not.

The findings show that the 5-year-olds associated themselves more with “good” than with “bad,” and this was equally pronounced in both girls and boys.

Researchers also did two more implicit tests to probe different aspects of the self. A gender identity task assessed the children’s sense of whether they are a boy or a girl, and a gender attitude task measured the children’s preference for other children of their own gender, called a “gender in-group preference.”

Children who had high self esteem and strong own-gender identity also showed stronger preferences for members of their own gender.

Taken together, the findings show that self esteem is not only unexpectedly strong in children this young, but is also systematically related to other fundamental parts of children’s personality, such as in-group preferences and gender identity.

“Self esteem appears to play a critical role in how children form various social identities. Our findings underscore the importance of the first five years as a foundation for life,” Cvencek says.

The researchers are following up with the children in the study to examine whether self esteem measured in preschool can predict outcomes later in childhood, such as health and success in school. They are also interested in the malleability of children’s self esteem and how it changes with experience.

Grants from the UW’s Ready Mind Project, and the Implicit Cognition Research Fund supported the research.