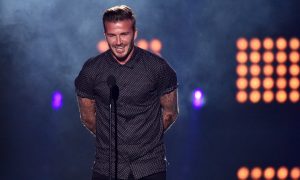 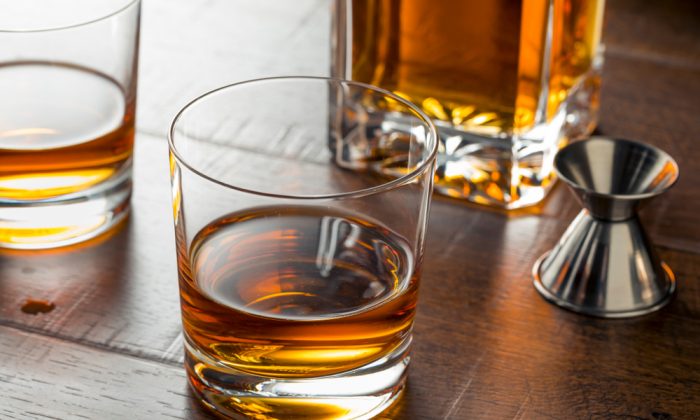 Kentucky Spirit: A Brief History of Bourbon and Its All-American Legacy

Kentucky is frequently called “The Bluegrass State,” referring to a species of pasture grass you can see driving along the country roads (as opposed to a particular style of music). However, in food and drink circles, Kentucky is better known as “The Birthplace of Bourbon.”

Also known as Kentucky Straight Whiskey, this smooth, caramel-colored spirit is a source of pride to the locals and a vibrant part of Kentucky’s heritage and economy.

As Kentucky distillers like to say, “While all bourbon is whiskey, not all whiskey is bourbon.” Whiskey can be made anywhere, but 95 percent of bourbon whiskey is made in Kentucky, where the stable climate and limestone-washed water are both ideal for production.

According to the Kentucky Distillers Association, the state had 68 distilleries in 2018, producing a total of 1.7 million barrels. That’s about two barrels for every person living in Kentucky!

In 1964, the U.S. Congress officially declared bourbon “a distinctive product of the United States” and established federal guidelines for both its production and trade protection, sealing its status as America’s official native spirit.

Making bourbon is a carefully controlled process. According to the American Bourbon Association, standards require the spirit to be made in the United States using a minimum of 51 percent corn, which creates its light sweetness on the palate. The remaining grains can be one or a combination of wheat, rye, or malted barley, to add complexity.

Bourbon must be aged for at least two years in new charred white oak barrels and stored at no more than 125 proof. No enhanced coloring or artificial flavors are allowed; all flavors evolve naturally in the wood barrels. The level of char helps establish the spirit’s flavor profile. In contrast, other types of whiskey can be aged in used barrels.

The barrels are stored on their sides on raised wooden structures called ricks, which enable airflow throughout the storage facility, called a rickhouse. Barrels in the top ricks age faster, since temperatures are warmer as the heat rises, resulting in a higher proof spirit, whereas barrels situated closer to the cooler, moist ground age slower, producing a lower proof spirit. Barrels are periodically rotated so that the aging proceeds evenly. The average aging period is five to 12 years, but can be as long as 20, before the bourbon is finally bottled, at no less than 80 proof.

Bourbon has a unique place throughout America’s history. Some of Kentucky’s earliest whiskey producers arrived as immigrants from Europe in the 1700s, bringing with them their tradition of crafting distilled spirits. Others were American traders from the northeast, seeking new frontiers and fortune. Kentucky’s first commercial distillery was established in 1783 by Evan Williams; a popular bourbon now bears his name.

Following the Revolutionary War, tax revenues from the sale of whiskey helped bolster the economy and pay off war debts. American distillers were naturally unhappy about the added excise taxes on their product, which led to the infamous Whiskey Rebellion of 1794. The protests and civil unrest that ensued were the fledgling nation’s first test of authority. The whiskey tax was eventually repealed in 1802, under President Thomas Jefferson.

Kentucky’s strategic location near the Mississippi and Ohio Rivers was important for trade as America expanded south and west, following the Louisiana Purchase in 1803. The first river steamboats, launched in 1811, helped increase commerce, bringing bourbon to the southern states, notably the affluent city of New Orleans.

However, during the Civil War, Kentucky was occupied by Union troops, who blockaded trade to the southern states, depriving the Confederacy of its favorite sipping whiskey. It was still used for medicinal purposes, though, to aid wounded soldiers on both sides of the conflict.

Following the war, bourbon’s popularity continued to grow—and so did the desire to profit from it. This resulted in some less quality-focused producers cutting corners, topping their barrels with ingredients such as molasses, tobacco juice, and worse, while still labeling their product “bourbon.” Kentucky distillers lobbied for protection against counterfeit whiskey.

The Bottled-in-Bond Act of 1897 established the first consumer protections for distilled spirits. The guidelines required bourbon whiskey to be made in a single distillery during one season, to be aged in a federally bonded warehouse for at least four years, and to be bottled at 100 proof. These days, more distillers follow the updated federal guidelines set in 1964, although some still make bottled-in-bond bourbons.

Then, from 1920 to 1933, Prohibition all but shut down the industry for more than a decade. During this time, only six distillers were granted permits to make whiskey for medicinal purposes.

After Prohibition was repealed, the rebound was slow, since the cost and time required to produce and age fine bourbon are significant. Many distilleries eventually reopened, but it took another few decades for bourbon to hit its stride again.

Hits, Misses, and a Home Run

Minnick noted that these super-premium bourbons appealed to niche consumers, especially to the Japanese market overseas, who appreciated high-quality bourbon whiskey (and still do). “From a consumer base, the Japanese market did more to bolster bourbon [sales] in the 1980s and 1990s than any other,” he said.

But over time, Americans’ interest in whiskey returned, along with an appreciation for single-barrel and small-batch bourbons. Another contributing factor was the craft cocktail movement in the 2000s; bartenders throughout the country embraced heritage spirits and classic cocktails, becoming adjunct ambassadors for bourbon.

“And then this little thing called the Internet occurred, which gave friends across the globe an opportunity to brag about their bourbon,” said Minnick. “That’s when the bourbon craze really hit.”

“Collectors are also really into the history,” Minnick noted, adding that it “excites me that these bourbon lovers want knowledge. People have become such passionate fans [of] bourbon that I truly believe [many of] these distilleries are now like sports teams, with fan followings as big as some Major League Baseball teams.”

And that’s a big win for Kentucky’s home spirit.

September is designated “National Bourbon Heritage Month,” since the U.S. Senate declared it so in 2007. Celebrations include the annual Kentucky Bourbon Festival, held this year from Sept. 18–22.