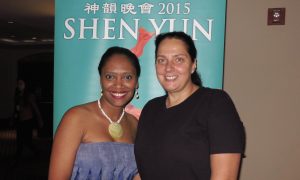 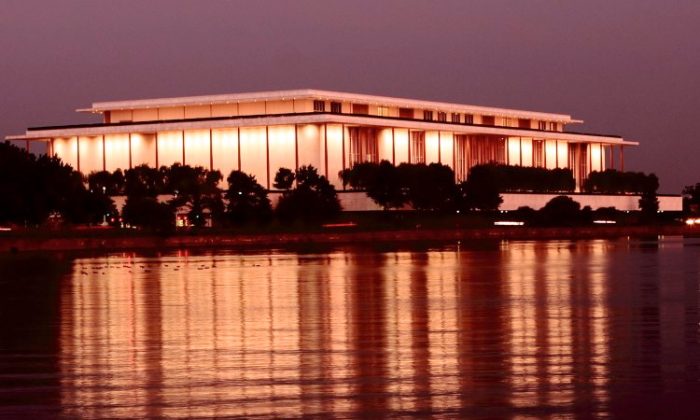 This year's new stories: classical dance of epic battle in the Han Dynasty and fable of the magic brush entertain audiences
By Gary Feuerberg
biggersmaller
Print

WASHINGTON—The magic of Shen Yun comes alive again for another season at the Kennedy Center Opera House, April 17-26, beginning just five days after the cherry blossoms are in full bloom.

Shen Yun productions are created in America, but draw their inspiration from China’s 5,000 years of civilization. There are four companies that perform around the globe. Shen Yun Performing Arts World Company will be coming to Washington this year.

‘Coming from their essence’

Traveling to more than 100 cities, Shen Yun is scheduled in some of the most prestigious venues, including the Kennedy Center.

Already, comments from audience members from other parts of the world reveal that the 2015 production is as charming, beautiful and uplifting as in past years.

Shen Yun tells a variety of stories from classic Chinese literature and history, and some from contemporary experiences in China today as well. Two stories as depicted by Chinese classical dance are frequently mentioned by those who have seen this year’s production.

Everyone loves a good story, and these two in different ways are quite appealing.

In Capturing Arrows with Boats of Straw, we see a tale taken from one of the most turbulent periods in China’s history. The largely peaceful and prosperous Han Dynasty fell apart in 220 and China became divided into the ‘Three Kingdoms,’ as recounted in the Chinese literature classic, Romance of the Three Kingdoms.

One of the most brilliant military strategist recorded there was Zhuge Liang, who is often drawn as calmly fanning himself with his crane-feather fan. Without divulging the details, suffice it to say that Zhuge devised an ingenuous plan that gets something valuable from the enemy without the enemy knowing it.

The Fable of the Magic Brush is about a painter who receives a gift of a magic paint brush from a maiden because he defended her from a band of hooligans. However, the maiden is really a silver dragon in disguise and this brush can turn anything painted into life. The good-hearted artist begins to use the brush for good ends, such as painting a granary for the villagers where he lives. When the thugs return and steal his brush, they discover that the brush doesn’t work for those with impure hearts.

“That was funny,” said Paul Wallace, with a big smile, according to an Epoch Times interview. Mr. Wallace, who recently retired as a project manager with Exelon Corporation and is an active theatergoer, saw the 2015 performance in Atlanta, at the Cobb Energy Performing Arts Centre on Jan. 2.

The stories in Shen Yun are “very intriguing and very clever,” said Ms. Jean Easter, an Art Conservator from Indianapolis, who attended the Shen Yun performance on Jan. 16 at Indianapolis’s Clowes Memorial Hall of Butler University. She felt that Shen Yun did a masterful job with the artistic presentation, according to the Epoch Times interview.

One reason that Washington residents may miss this year’s performance is that they truly don’t know what it is, but they think they do.

NTDTV producer Amy Xue said that when she went to her church on Easter Sunday, she met many cultural-minded people. “Most of them have received Shen Yun brochures but they had no intention to go to see Shen Yun. However, after I showed them the video on my phone and talked to them, most of them wanted to go,” Ms. Xue said.

Mr. Xiang said that one of biggest obstacles to coming to see it at the Kennedy Center is that they think they have seen, “the same show in China.”

Mr. Xiang bristles whenever he hears that. He said:

“While some of the cultural shows in China contain superficial components of traditional Chinese culture, they lack an essential ingredient, one that the Chinese Communist Party has for decades tried to destroy: a tradition of spiritual self-discipline and veneration for the divine. As a result, in today’s China the CCP may sponsor performances or exhibits that superficially depict traditional costumes or legends, but the underlying essence is gone.”