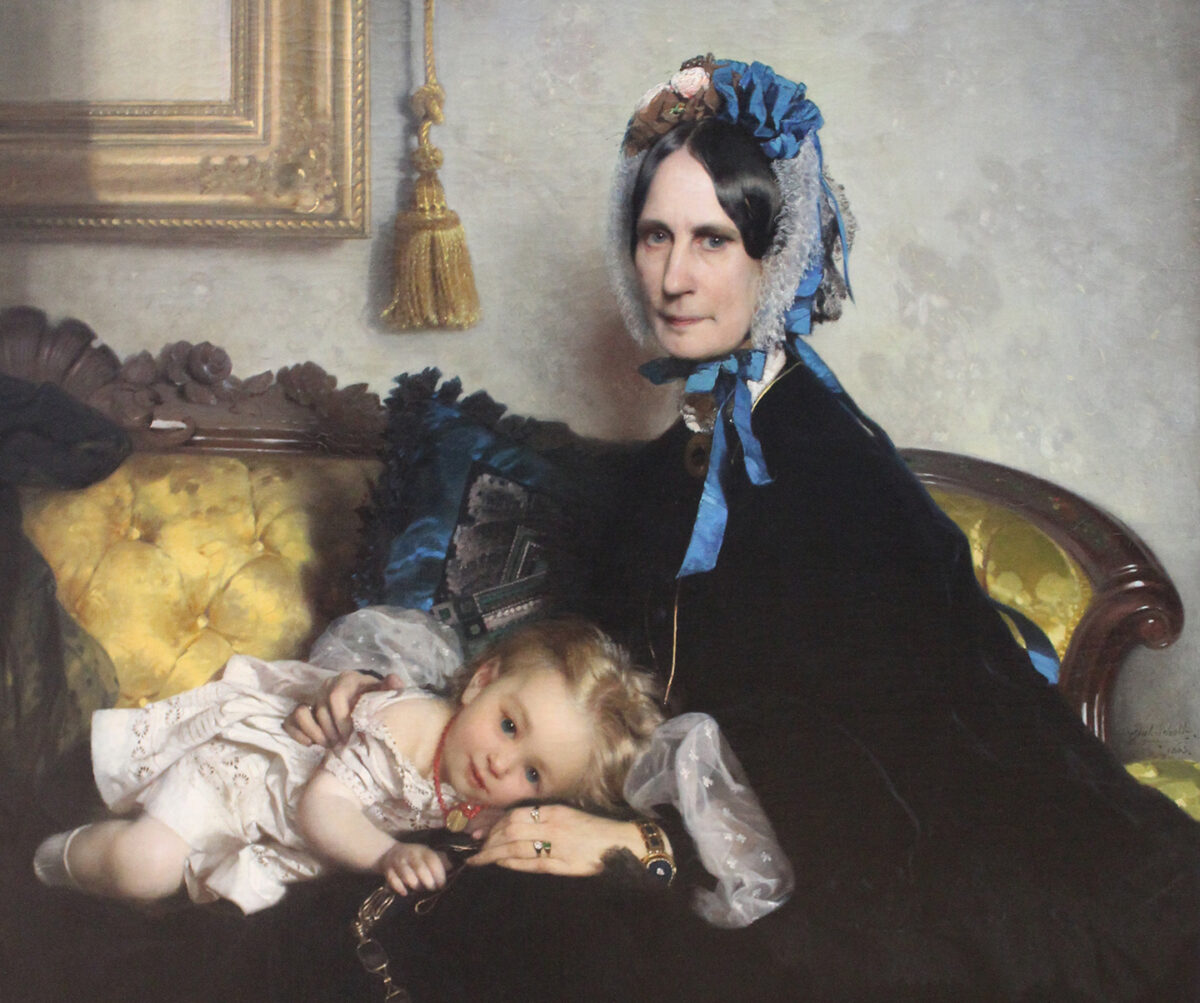 Kate Chopin's short story is about a lady, Madame Carambeau, who is “a woman of many prejudices, so many, in fact, that it would be difficult to name them all.” This painting (cropped view) is titled "Grandmother and Granddaughter" by Julius Scholtz in 1863. (Public Domain)
Books

Our judgments and opinions affect our actions and emotions and, whether they are favorable or unfavorable, lead us to form prejudices. These prejudices can be detrimental, for they can prevent us from seeing the truth around us.

Kate Chopin, most often today considered a forerunner of feminism, addressed something quite different in her short story “A Matter of Prejudice” (1894),  wherein her main character simply learns to see humans as humans.

The story looks at our judgmental tendencies by inspecting the life of Madame Carambeau, who is “a woman of many prejudices, so many, in fact, that it would be difficult to name them all.”

Though she lives in America, she despises Americans, anyone who practices a different faith, and anyone who is not French or does not speak French. As Jane Austen says in “Pride and Prejudice,” Madame’s defect is “willfully to misunderstand” everything and everyone around her.

Madame Carambeau’s daughter, Madame Cécile Lalonde, throws a birthday party for her son, Gustave. The older Madame finds this unbearable. This party has so many children with their horrible noises and their insufferable organ grinders that she must move herself from the back gallery to the front gallery.

Though she distances herself from the party, Madame does not hide far enough away. The horrible noises still reach her and so do two young children, who come running and screaming to the front gallery. The little girl in the lead jumps into Madame’s lap, while the pursuer “lightly strikes her a ‘last tag,’ and runs laughing gleefully away.” Madame scolds the little girl in French, but the girl remains “panting and fluttering, like a frightened bird.”

As she is about to move the girl away, Madame notices that the little girl is unwell and is, in fact, contracting a fever. In an instant, Madame’s manner changes, for “though she is a creature of prejudices, she is nevertheless a skillful and accomplished nurse, and a connoisseur in all matters pertaining to health.” She sees it as her duty to attend to the little girl. She removes the girl into her own room, where she changes her into cooler clothes and places her on the bed.

When the carriage and nurse come for the little girl after the party, Madame refuses to let the girl go and sends a note to the parents, explaining that the girl must not be moved. Within two days, the girl recovers and is sent home, leaving Madame the mistress of her quiet and peaceful house again.

Yet Madame soon realizes that this little girl has influenced her more than she would like to admit. Madame realizes that “she can think of nothing really objectionable against [the little girl] except the accident of her birth … and her ignorance of the French language.”

Ever since the little girl threw herself into Madame’s lap, Madame is never the same. The little girl penetrates “the crust of Madame’s prejudice and reaches her heart.” As Madame remembers the little girl’s hugs and kisses, she can no longer resist the doubt that arises. Doubt, mistrust, and dissatisfaction grow, which give way to doubt and misgiving, until finally the “flower of Truth” blooms from Madame’s dusty, opinionated heart. As the flower of Truth grows, Madame’s prejudices fall like a house of cards.

The Seed of Truth

With a new perspective, Madame realizes that all her perceptions have proven faulty and have led her to disregard the truth, and she now seeks to mend her ways. On Christmas Day, Madame decides to not only go to an “American church” (all in English) but also visit her son, M. Henri Carambeau, whom she banished from her life because he married an American girl.

When she and Madame Lalonde arrive at Henri’s house, he, his wife, and their daughter come out, truly thankful and overjoyed to see them. The granddaughter who approaches Madame proves to be the little girl Madame nursed to health. (Madame Lalonde never tells her mother about her niece, Madame Carambeau’s granddaughter, because Henri was banished).

Chopin shows that our prejudices are not really what we think they are and are often made without any proof or knowledge.  They can prove to be trivial, weak, and utter nonsense and can be dismantled and destroyed in an instant. Sometimes the people in our lives can help us reverse our deeply held prejudices.

Chopin proves that the seed of Truth will show us the way. By recognizing and addressing our biases, we can live better lives. By recognizing truth, we can truly see and appreciate people, places, and things in the correct light.