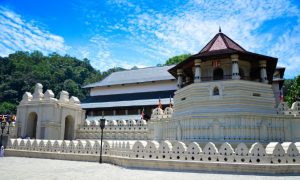 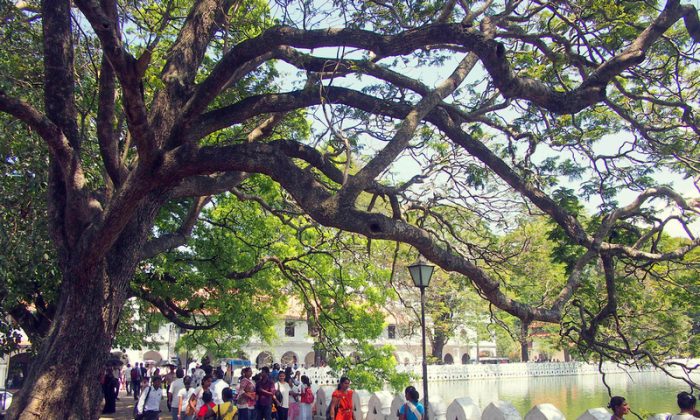 Kandy is the second city of Sri Lanka, and considered as the cultural capital. Kandy is a major pilgrimage site for Sri Lankan’s and buddhists around the world as it’s home of the Temple of the Sacred Tooth Relic. As the name would suggest, it houses a tooth of the Buddha.

The city itself is rather unremarkable, but it’s pleasant enough if you are staying near the lake. The highlight for me were the trees. There are some beautiful old trees in the city, and especially around the lake. The lake is 3.4km around which is an ideal length for an evening stroll. I loved this tree that is at the city end of the lake.

I got the train to Kandy from Colombo, and from Kandy another train to Nuwara Eliya in the Hill Country.

Copyright © 2015 by Nomadic Notes. This article was written by James Clark and originally published at nomadicnotes.com.