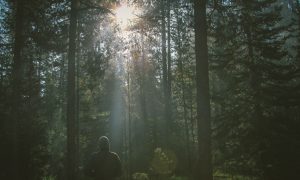 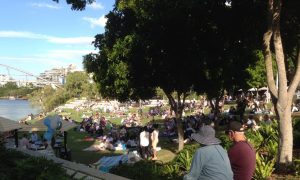 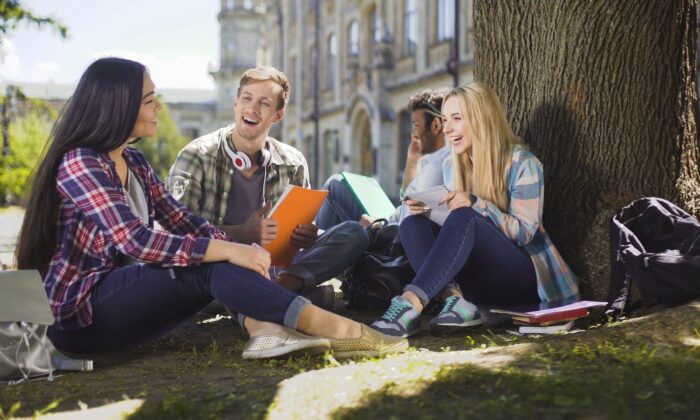 Just Minutes a Day in Nature Could Reduce a Student’s Stress, Anxiety

Around the globe, college- and university-aged students are experiencing high levels of stress and mental illness.

For example, in the past 10 years in the United Kingdom, there has been a fivefold increase in the number of students reporting mental health problems, including anxiety, depression, and schizophrenia.

Some of the most common mental health concerns experienced by U.S. students include overwhelming anxiety, feeling so depressed that it’s difficult to function, and hopelessness. Some even reported contemplating suicide. Yet, even as mental ill-health becomes more common among students, many face long waits or limited access to mental health services.

A growing body of research suggests that one way of improving our mental health might be as simple as getting outdoors. In fact, a recent review of evidence found as little as 10 minutes a day of exposure to nature could be beneficial to students—although there are caveats.

While evidence shows that being in natural environments can help reduce stress and improve mental well-being, finding the opportunity can be challenging. Many students have to spend the majority of their time indoors studying, attending lectures, or in the library.

Numerous studies looking at the health benefits of being in nature have begun to focus on finding out how much time in nature is needed to experience health improvements. One study found that 20–30 minutes three times a week was most effective for reducing levels of cortisol (the “stress” hormone) in the body.

Another study showed spending a minimum of 120 minutes in a natural environment—compared with having had no contact with nature in the previous week—significantly increased the likelihood that a person would report feeling in good health and having high well-being. However, neither of these studies specifically focused on college- or university-aged students.

The recent review sought to identify the minimum nature dose needed to improve the mental health of college- and university-aged students and what types of nature-based activities these benefits came from. The reviewers looked at a total of 14 studies, which altogether included 706 students from Japan, the United States, and Sweden.

The authors looked specifically at studies published in English or French, where the participants were aged between 15 and 30 years old. They also looked only at studies that examined how much time a person needed to spend in nature, whether the study monitored changes in the participant’s mental health, and compared these changes across at least two environments. All the studies they looked at compared urban environments to natural environments (areas like nature reserves, forests, urban parks, and nature areas on university campuses).

Overall, the review found that compared with equal time spent in an urban setting, as little as 10–20 minutes (and up to 50 minutes) of sitting or walking in a range of natural settings led to significant health improvements. These included reduced heart rate, lower blood pressure and cortisol, improved mood, and reduced anxiety.

These findings support the results of previous studies that looked at people of all ages. This suggests that college and university settings could provide regular doses of nature to target and improve the mental well-being of their students. Students might also do well to incorporate nature exposure into their every day lives as one way of combating stress and mental ill-health.

But despite these encouraging findings, they should be interpreted with caution. Most of the studies included in this review were conducted in Japan and in male participants. So these findings might not be true for students of all genders and from other places in the world.

It’s also unclear whether the students studied were suffering from mental ill-health at the time of the research. Emerging evidence suggests that nature exposure might be most beneficial for individuals with low well-being. So it’s important to determine which groups of students this kind of experience will most benefit.

The review also failed to investigate what benefits that physical activity (other than walking) in natural settings would have. So-called “green exercise” has been shown to have additional health benefits compared to nature exposure or physical activity alone, resulting in greater improvements in self-esteem and mood.

Finally, the researchers didn’t include a meta-analysis of the studies—a technique for bringing together multiple scientific studies to find any common effects—in order to determine the strength of the overall evidence. Nor did it consider the bias or quality of the studies included. So it’s not clear how strong the overall effect is or how reliable the included studies are. Further research will need to address these gaps.

But despite those shortcomings, the findings of this review—and a growing body of research—support the mental health benefits of nature exposure and green exercise. Both students and the general population should try to spend time in nature as part of their daily lives as a way of combating stress and improving mental health.

Carly Wood is a lecturer in nutrition and exercise science at the University of Westminster in the United Kingdom. This article was originally published on The Conversation.