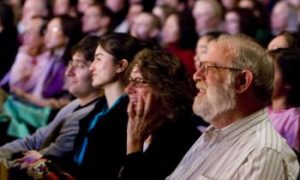 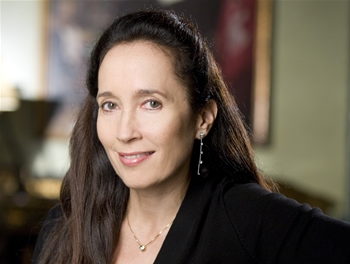 Julie Jordan: ‘My Students at Juilliard are a Genuine Blessing’

By Kremena Krumova
Print
Julie Jordan employs no gimmicky techniques in her teaching—just a genuine respect for the inherent shape and color of a musical phrase. She invites you to share in her up-coming piano concert at Carnegie Hall on April 18, which she will perform with her student and young musicians.

Julie Jordan will devote her performance to her 25-year anniversary of teaching piano at The Juilliard School Evening Division and feels grateful to have the chance to celebrate it at the Weill Recital Hall at Carnegie Hall.

Her philosophy might be stated as follows: She lures listeners to take the time to make the piano and music a part of their daily lives. Her heartfelt emotion when communicating at the keyboard—via phrasing, tone, technique, harmonic balance, and line—lead the listener to discover what intrigues her the as a pianist—the artist as messenger.

She plans to share her own passionate journey as a pianist-pedagogue working with students of all ages, and refers to “a fun and juicy concert” put together with young musicians from The Juilliard School.

For her program choices, Julie Jordan says: “I always choose Beethoven. And also Chopin. And Mozart is the best!”

Ms. Jordan remembers how she once attended a birthday concert of a 90-year old clarinet teacher. Carnegie Hall was packed with his followers who paid tribute to him through their playing as well as through their comments.

This event quickly became one of her favorites. It had opened her—not to an evening of great orchestral playing—but to the amazing human voice transported through the oboe, bassoon, and clarinet. So the concert inspired her choice of Beethoven's Quintet in E-flat Major, Op. 16, which, in turn, was inspired by Mozart's K. 452—also in E-flat with the same scoring.

“The piece is scored for piano, oboe, clarinet, horn, and bassoon in three movements and is similar to the Mozart which I will play—I. Grave – Allegro ma non troppo; II. Andante cantabile; III. Rondo: Allegro ma non troppo—only with my big band divided in half. We will have the chance to hear the early classical delights of Mozart and Beethoven with rising stars from and around Juilliard.”

She invited clarinetist Sarah Beaty, who premiered and championed the Kyle Blaha Pieces for Clarinet and Orchestra with the New York Youth Symphony last November.

“I knew that it would be great fun if she could put a quartet together from the Academy to join me in celebrating with the Beethoven's Quintet in E-flat Major, Op. 16, ( Piano-Julie Jordan, Oboe-Arthur Sato, Clarinet-Sarah Beaty, French Horn-Alma Maria Liebrecht and Bassoon-Brad Baillet), who unanimously agree that it is always a pleasure to play this glorious work.”

Julliard's own Attacca Quartet will join in Mozart's Piano Quartet No. 1 in G minor, K. 478, considered the first major piece composed for piano quartet in the chamber music repertoire.

“I let the dynamic Attacca Quartet choose the piece they are 'cookin.’ They have planned an amazing performance piece with video portraying the Intimate Letters behind Janacek's Second String Quartet.”

Julie Jordan chose the Mozart G Minor Piano Quartet because she has recently performed it with huge success here in town with her Norwegian friends. She also performed it in Italy last summer.

“It's always important to play something one can have fun with, and it is a well-balanced program.”

And then, Ms. Jordan chose to include Chopin—Chopin—every pianists' pianist—celebrating his own anniversary of 200 years just last month. Jordan will play her favorite Chopin encore. Her private student, Yuka Yanagi, will offer Chopin's third Ballade in A-flat Major, together with gorgeous works of Cecil Chaminade and Liszt.

Julie Jordan explains that for playing Chopin’s romantic pieces, she encouraged Yuka Yanagi to “be free and round as she sings long lines leading through expressive harmonies” and reminded her to “let the spontaneity of the phrase take us to flourishes mostly without a telegraphed hint of where we are being led … that way, the listener can truly indulge in our story as they listen on the edge to 'wherever we take them.'”

Ms. Jordan feels it is special to have a student join her in a concert. The energy of support makes the collaboration effervescent with understanding—the learning takes place not only by her students, but by her as well.

“I find the real truth and character of a phrase by listening to my students and analyzing their deliveries—by suggesting new ways of communicating the core of the music. I love to use analogies and cannot resist the choreography of dancing the design of the music.”

Julie Jordan finds playing piano a really unique experience. She thinks it is perhaps the purest form of communication.

“The piano is a 'beast’ that can be so much fun to work with—with skills honed, one can tame it, caress it, lure it to singing as gorgeously through balance and nuance—and technique is a fascinating and often-misused, integral part of performing well.”

Sometimes she reminds her students that they play many notes—meaning they need to find more music without all the details. Sometimes the conscientious student honors the written page more than the delivery which should be all about a musical thought—direction, tone, color, phrasing, rests, and more.

According to Jordan, truly fabulous scales and octaves can be impressive, but real power and depth of delivery are not so much in the speed and volume, but the color and light. So she tries to lead by example and teach how to "sing a phrase." She emphasizes that students can get distracted by sheer repetition which can all too often rob the music of joyous vitality.

“I remind my students to be the conductor and let their orchestration explode … Our two-hand rendition … can be as full and complex with the many layers of voicing that a fine painter would use in his masterpiece from any given period of music.”

During her master classes, students learn how to address the challenges of performing with an orchestra—including balance, tone projection, color, and phrasing—with technical support. Characteristic cadenzas as well as various editions and effective rehearsal techniques are also considered.

Jordan tries to teach her students how to become their own best ears, to sing their “inner voice out” at the keyboard, and to “bring the listener in” on what they intend to communicate.

“As pianists our goal is to project the spirit of each piece we choose to perform. After the performance is over, it is vital to reflect on what was actually communicated.”

"I have created the Concerto Soloist Concerts as Julie Jordan Presents, hoping to help rising stars and soloists of all backgrounds have the coveted chance to play a fabulous concerto, which they have ready-to-go, with a full professional orchestra."

Her adult student Noriko Sugiyama and her daughter, Haruka Sugiyama, a law student in Kyoto, were both guest soloists performing this past fall in New York City.

“Noriko thanked me for my input in freeing up and cultivating a style of practicing which brought some most satisfying memories … in the classroom as well as in competition and concerts, as Noriko garnered several honors while progressing in her impressive repertoire.”

Jordan believes it is an art to teach. She is continually discovering that her students do get what she is trying to teach. In fact, her students at the Juilliard School have been a real blessing to her as a teacher. During her 25 years of teaching experience, she has had the privilege of working with extraordinary human beings who make the world turn.