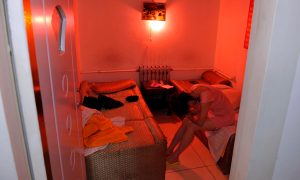 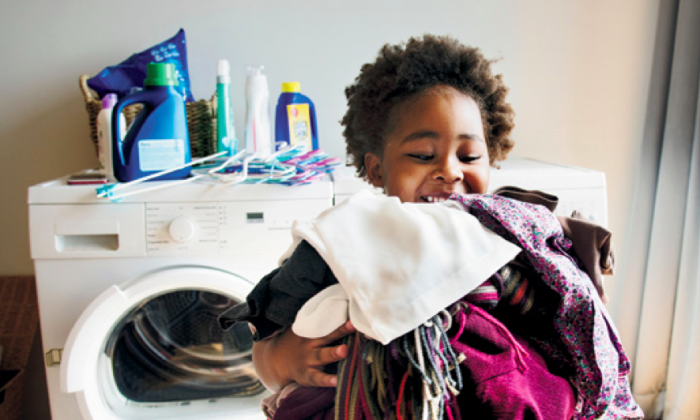 Stock photo of a child in a family. (Rawpixel.com/Shutterstock)
Americas

An Argentina man has been ordered by a judge to pay his former wife about $179,000 in compensation after she quit her career to look after their children and do household chores during their 29-year marriage.

The 70-year-old woman, identified as M.L., has an economics degree but the judge ruled she was too old to find a new job when her husband left her.

Argentina’s National Appeal Court also ruled the woman faced financial hardship following their separation after being married for almost three decades. M.L. and her former husband, identified as D.B., wed in 1982, separated in 2009, and divorced in 2011.

Judge Victoria Famá considered the fact that the woman looked after their home and children while the man worked, reported local news outlet Clarín Sociedad.

The man was then demanded to pay his ex-wife about $8 million pesos ($179,000), with the number being described as an “unprecedented” sum to receive as part of a divorce settlement, reported USA Today.

A man in Argentina has been ordered to pay his ex-wife £142,000 in compensation after she gave up her career for 27 years of chores.
Now 70, the woman identified as ML, has an economics degree but left her job to become a housewife https://t.co/fDYeTUeu8O pic.twitter.com/29EmCqWVZQ

The judge added that she believed the figure was “reasonable … in order to rebalance the disparate economic situation of the spouses resulting from the marriage and its breakup,” the Mirror reported.

While M.L. struggled financially following their separation, her former husband had a “good time,” the judge continued.

Man ordered to pay ex-wife $179K after she left career to care for kids https://t.co/60pvwjUhkD pic.twitter.com/TCM2hwylzk

“The economic dependence of wives on their husbands is one of the central mechanisms through which women are subordinated to society,” she added.

“In most families, women still mainly assume the burden of domestic chores and the care of children, even when they perform some external activity.”

The judge made sure to explain that in a similar scenario, an individual who had fewer qualifications than M.L., and hadn’t given up their career to look after the household, would not have been entitled to the same compensation, according to the Mirror.

According to Clarín Sociedad, women in Argentina spend twice as much time daily, compared to men, looking after their children and doing chores around the house.

Man ordered to pay ex-wife $179,000 for 27 years she dedicated to houseworkhttps://t.co/SFM0YfYEMJ pic.twitter.com/dtkvcUpJPq

“This verdict is very novel because it acknowledges that what we do in our homes is a job, care tasks are a job because they involve time, effort, and skill,” Lucia Martelotte, deputy executive director of the Latin American Justice and Gender Team, told the Argentinian news outlet.

“But this goes unseen and women do not get a salary for that.”

The study, which was funded by the Eunice Kennedy Shriver National Institute of Child Health and Human Development, found that mothers who are married are more likely to spend time doing household chores such as cooking and cleaning.

Married women do 30min more housework per day than single moms, which translates into less sleep and leisure time.

New data: it holds for women who work full-time and those who don’t.

Today is the day for men to start closing the gap. Happy #MothersDayhttps://t.co/s4mFqJtrCg

Linda Jacobsen, a demographer and the vice president of U.S. Programs at Population Reference Bureau, told People that it seems to be the case even if women have a partner.

“The idea that a mother does more housework when she has a partner or spouse may sound counter-intuitive, but it’s the reality in most American households,” she said.

Researchers suggested this could be the case because of societal expectations for married women.

Co-author of the study Joanna Pepin said, “Married women may feel that to be a good wife, they must prioritize housework and childcare ahead of their own leisure and sleep.”

“These expectations likely stem from society’s collective assumptions of what it means to be a wife and mother,” she added.