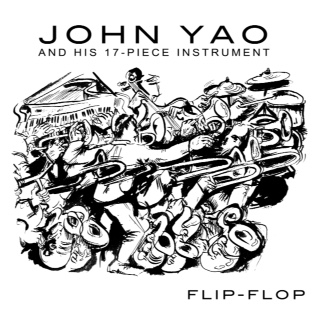 John Yao and His 17-Piece Instrument

Jazzman John Yao has been garnering acclaim for his big band, but why does he call it an “instrument”? In an exclusive interview with Epoch Times, he provided an explanation and discussed his career.

The idea came from Duke Ellington, who used to say that he thought of his big band as an instrument. Like Ellington, Yao often writes with specific players in mind. Another influence is Count Basie. Yao loved the sound of that historic ensemble “swinging together.”

While Yao’s style is not retro, he knows where the music has been and has a developing vision of where he wants to take it.

What makes his new CD, “Flip-Flop” (on See Tao Recordings), so exciting is that the music, all of which he composed, goes through many changes so that you never know where the piece will wind up. There can be a Monkish chord, a flash of serialism, a Latin groove, etc.. Within the intricate arrangements, Yao presents room for improvisations by top tier instrumentalists. One sign of Yao’s success is that a number of jazzmen have asked for the sheet music of “Flip-Flop” so they can use it for rehearsals.

Yao grew up in the Chicago area and started playing trombone when he was 11 years old. He obtained a Bachelor’s degree from Indiana University. After graduation, he spent over a year playing trombone in the Glenn Miller Orchestra. He was impressed by how excited audiences in Japan were to hear this 70-year-old music and wondered how they would react to more modern sounds.

Friends urged him to move to New York, and he came here in 2005 to obtain a Master’s degree in Jazz Performance from the Aaron Copland School of Music at Queen’s College.

It was Bonilla who encouraged him to arrange some of his music for playing at student workshops. Yao feels especially blessed that Bonilla plays in the 17-Piece Instrument. The band is filled with notable players, including John O’Gallagher, Jon Irabagon, Rich Perry, and Jesse Stacken. Yao strives to provide solo space for each member of the band.

In 2009, Yao co-founded Yaozeki Big Band, which featured his original compositions and the works of pianist Yoichi Uzeki. At the time, says Yao, neither had written enough pieces so they split composer duties and co-led the ensemble.

Yao continues to play in a variety of formats, with a small-group as well as with the Vanguard Jazz Orchestra, and the Afro-Latin Jazz Orchestra.

He is commissioned to write for various bands as well as educational institutions.

Yao, a resident of Jackson Heights, teaches music at Third Street Music Settlement. He spoke of an extraordinarily talented girl, who arrived late in the program but was soon ahead of the other students. Unfortunately, she had an accident and broke her arm. While he enjoys instilling a love of music in groups of students and teaching them to work together to perform as a band, there is an extra thrill when discovering a significant new talent.