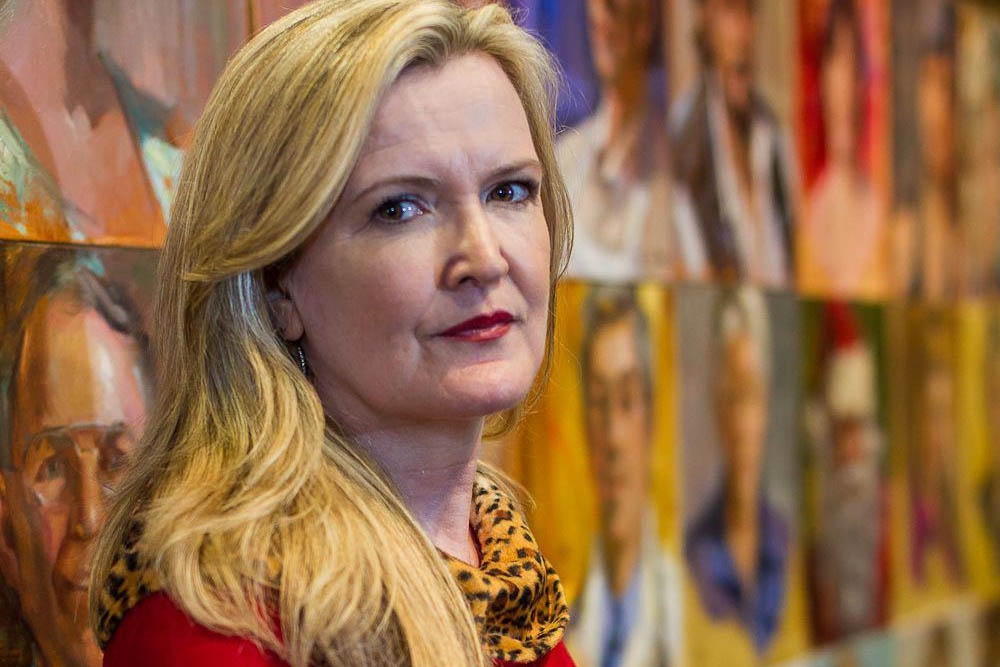 Johanna Spinks painted 58 portrait sketches of townspeople in Ventura, Calif., for free. From famed resident Kevin Costner, to 92-year-old cowgirl Millie Decker, Spinks sought to catch the spirit of the town much as Brandon Stanton does in Humans of New York. (Courtesy of Johanna Spinks)
Arts & Culture

‘A Unique Thread of Humanity’

Portraitist Johanna Spinks captures the soul of a city
BY Christine Lin
TIMEJanuary 20, 2014

NEW YORK—New Yorkers are familiar with Brandon Stanton’s Humans of New York, a photoblog that by revealing personal truths one stranger at a time, captures a wide spectrum of personalities, struggles, and ambitions that effervesce in our community.

Out in Ventura, Calif., whose population as of 2012 was just 107,734, portraitist Johanna Spinks created a community-centered project of a similar spirit but—because her medium is oil, not photography—at a considerably slower, more organic pace.

She worked with Ventura Breeze (a 20-page tabloid published every other Wednesday) and local radio station KVTA to identify people in the community who reflected the modern face of the town—the annual Santa Claus, the inventor of the Water Bra, the Ventura chief of police, a tattoo artist, an opera singer, a military man, Kevin Costner. Spinks would invite them to become sitters for portraits.

If they agreed, they’d come to Spinks’s studio and spend a couple hours in her company being painted. At the end of the two hours, however far Spinks got in her painting, that’s where she’d leave it.

While Spinks cleaned her brushes, the sitters moved on to print and radio. They were asked about their lives and how they liked being painted, and then they went on the air at “Lyn Fairly and Friends Radio” show to tell their lives’ stories.

Every two weeks, a regular feature appeared in the paper with a new portrait printed alongside the sitter’s biography.

By the end of the two-year project in 2012, Spinks had painted 58 portrait sketches of Ventura’s townspeople, all free of charge. (She doesn’t seek sponsorship out of a concern that she’d be directed who to paint and how.)

The Face of Ventura was accepted into the permanent collection of the Museum of Ventura County, where a wall is tiled with the painted faces of ordinary citizens who wouldn’t have normally become the subjects of classical portraiture.

Meanwhile, as readers and radio audiences shared in their fellow townspeople’s hopes and dreams, a sense of community was being celebrated and built.

Taken singly, any one of the portrait sketches shows the skill in observation and paint handling that Spinks has developed, even though they are rough compared to what she could accomplish with a longer sitting. Taken together, they show the diversity among individuals as well as their shared human spirit.

Besides experiencing the heart and soul of the old mission town, Spinks has pushed herself beyond her comfort zone with this project.

“It was not always comfortable for me putting out quick sketch portrait work in such an open way over a two-year span,” she said. “But that was the point of the art mission—the direct interaction between myself and the sitter, discovering their life story. We got what we got that on canvas during those two-hour sittings. I wanted to honor that energy with no painting touch ups after they left the room. To do that I had to let my art ego go and make peace with that aspect of the project.”

“I’m a born people watcher—everything I’ve done up to this point has led me to this project,” Spinks said.

Journalism turned The Face of Ventura into a project beyond a human connection made inside studio walls. It’s also what refined Spinks’s keen desire to understand each person’s story.

Spinks was born to a military family in the U.K. Right out of high school, she went to work for a weekly newspaper to train as a journalist. Then, she moved to New York City at age 22, worked the graveyard shift at the Post, and freelanced until she had her two children.

It was as a mom that she came to discover the artistic side of herself. She began to do makeup for Hollywood, applying it to a range of actors and actresses under all types of lighting and pressure to perform.

“When you do makeup on people early in the morning, they start talking intimately about what’s going on—bad sleep with the baby, a row with their boyfriend—and they bring all that into the makeup chair. That’s the exact same thing with portraiture,” she said.

In fact, Spinks was often taken by surprise at how quickly people opened up about themselves. Sometimes the conversations that happened during painting sessions got “so candid that I wouldn’t even be comfortable sharing,” she said.

While makeup gave her an impeccable understanding of color and shade, she had to work hard on learning how to draw well.

“That was the biggest challenge,” she said. “That’s what you have to spend time on if you want to make good representational art.”

And to draw well, one must observe from nature—that was the No. 1 lesson from her mentor, Everett Raymond Kinstler, who has painted the portraits of Richard Nixon, Gerald and Betty Ford, Ronald Reagan, George Bush Sr. and Jr., Bill Clinton, Jimmy Carter, and Lady Bird Johnson.

Beyond getting eyebrows and cheekbones right, working from life lets the artist interact with what’s essential—the spirit, strengths, and subtleties of a person.

“I don’t think you can really become a portrait artist if you’re not interested in the person,” Spinks said. “I love landscapes and still life, but give me a face and I’m home.”

Portraiture in the Age of the Selfie

Since The Face of Ventura concluded in 2012, Spinks has gone on to repeat the concept, this time in nearby Malibu.

Malibu Times publishes the feature once a month, and a journalist goes separately from Spinks to interview the sitter.

“I was apprehensive about repeating a successful concept,” she said. “Anonymity was comfortable for me. I’ve been living in Malibu for 17 years—I’m known here, and it’s a little harder in some ways.”

But she’s done 17 portraits so far in just over a year, and never had requests from a single sitter to change his or her portrait—pretty impressive for a town you’d think would be image-obsessed.

“And keep in mind, they go in print,” she said. “People are incredibly gracious.”

Though Malibu’s a newer, worldlier town than Ventura, Spinks is finding a “delightfully reserved air” through her sitters.

“I had no idea how interesting it would be to explore two towns. There’s a common thread that runs through people in towns—whether it’s a beach town or a mission town. There are regular folks going through their daily lives, doing extra things in their communities, old timers telling stories. It’s a unique thread of humanity.”

I asked her what she feels the role of portraiture is in the age of selfies.

“I proved that portraiture is still relevant today,” she said. “There’s the interaction and that is key. You will not get that in a selfie. Your portrait has to build beyond what a selfie can—my goal has always been to get the ‘speaking likeness,’ as if the person is about to step off the canvas and talk to you.” 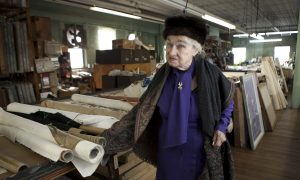 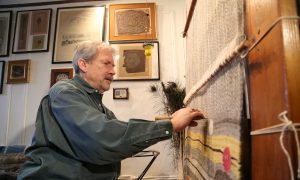