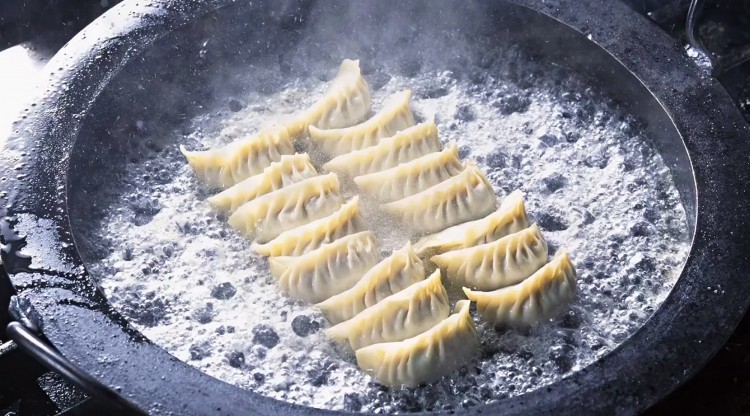 One of the two methods for cooking jiaozi is boiling in a shallow pot, as shown. The other method is steaming, with both having the option to fry quickly in a little oil afterward, to crisp the wrap. (NTD Television)
Food

Although it is commonly believed that the origin of pasta comes from Italy, there is evidence that it actually originated in China, where the world’s oldest pasta noodles were discovered in Lajia (Qijia culture) along the Yellow River in Qinghai.

According to findings, the pasta noodles date back to 4,000 years ago and they were made from millet. Moreover, there are ancient writings from the Han Dynasty (A.D. 206–220) that refer to the dish. But it seems that this is not the only Chinese incursion into the controversial origins of this delicious family dish.

It appears Marco Polo not only brought gunpowder to Europe from the East, but also introduced dumplings called jiaozi—and so the Italian version that we all know is an adaptation of the Chinese dumpling dish.

Another curious fact in the history of this ancient dish comes from the Tang Dynasty (A.D. 618–906). Exploring a Tang Dynasty-era tomb in the Tulufan district in Xinjiang, among the treasures was found a wooden bowl with several ravioli that were identical to those of today.

Jiaozi specifically dates back from the Han Dynasty though. Apparently at that time, the stuffed dumpling sprang forth from an age-old philosophical word: “Hundun.”

The Chinese character for “Hundun” means primordial chaos, and is written with the radical for “water.” So it is said, there is no fixed shape, and no holes in the covering. Thus, this dish is traditionally made with thin wheat flour dough wrapped perfectly around a filling.

Following in the philosophical understanding, it is boiled and served in a broth, or more specifically in a soup, as was seen as a metaphor for primordial chaos. The traditional soup was lost in the middle of the 6th century. An update to Jiaozi gave more importance to the filling, which increased the volume. This is when the Chinese dumpling, closer to a modern dumpling, was born.

So how did the name “jiaozi” come forth?

The culinary term jiaozi seems to come from the Ming Dynasty (A.D. 1368–1644), when it became popular to prepare delicious dumplings for Spring Festival. Furthermore, on the eve of the Chinese Lunar New Year, most families gathered to celebrate, eating dumplings at exactly midnight. This is where the name comes from, as it generally means, “New year comes in the hour of zero.”

Today in China, this dish is not only eaten during festivals; it has become popular and has a variety of flavors and fillings. All kinds of meats, vegetables, and even fruits are used in the dumpling. And there are many flavors within those ingredients such as sweet, salty, spicy, and even varying levels of acid.

As for the cooking, there are two main schools: steamed, and boiled in water.

Steaming is more typically found in southern China, specifically in the province of Canton (famous for their shrimp dumplings), and the method of boiling in water is most common in northern China.

Don’t forget that this dish is a very significant one, and has the honor of being prepared in the most important festivals of ancient Chinese culture, such as the Spring Festival and Chinese New Year’s Eve.

In addition, we should consider that dumplings are a special dish used in receiving visitors, and they are a Chinese symbol of respect and hospitality.

What better way then, to prepare jiaozi while keeping in mind the history, culture, and tradition that comes with this dish; an exquisite homage to family tradition and Chinese culture. 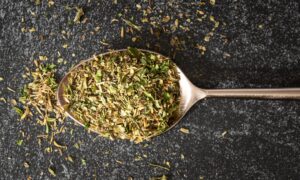 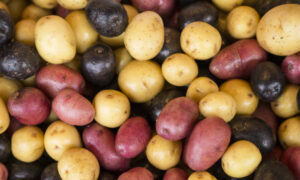 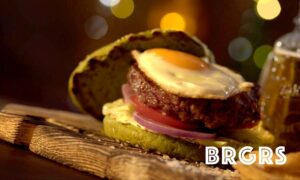 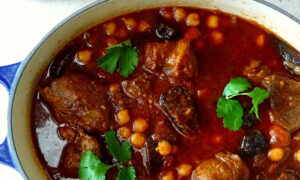 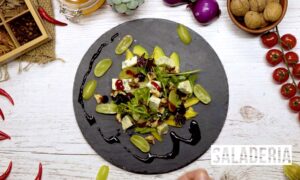