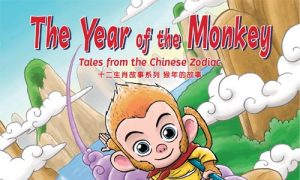 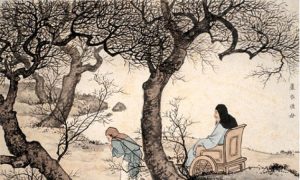 Stories From the Students' Rules: At Home, Be Dutiful to My Parents
0 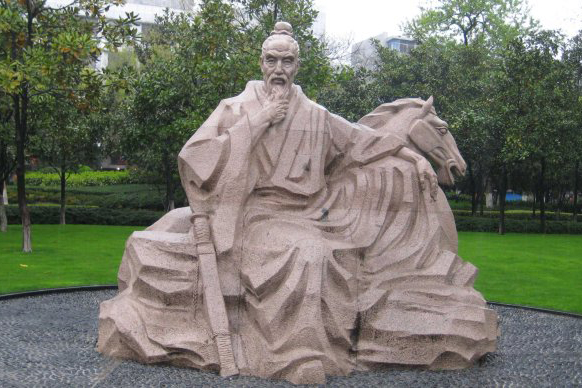 Ji Zha (576-484 B.C.) was the youngest son of the King Shou Meng of Wu state, in the Spring and Autumn period of Chinese history. He was very much respected by Confucius. Confucius praised him at least four times in his teachings.

According to “Shiji”, or “The Records of the Grand Historian”, King Shou Meng had wanted Ji Zha to succeed him. However, Ji refused, so the King devised a succession model where his sons would become kings one after the other. However, Ji refused three times to his three elder brothers later in his life.

The state of Wu was located in southern China, near the mouth of Yangtze River, and was famous for producing precious swords.

Once, King Shou Meng sent Ji Zha on a mission of visits to several states in central China.

Ji first went to the North, passing through the neighboring Xu state. The King of Xu admired the precious sword that Ji carried, but he knew that was the treasure of Wu state, and found it difficult to ask for it.

Ji Zha saw the King’s admiration. However, Ji still had to complete his round of visits to other states and it was protocol for him to carry his sword, so he could not give it to the King right then.

When Ji finished his mission of visits and returned through the Xu state, the King was dead.

Ji Zha generously parted with his precious sword and hung it on the pine tree next to the tomb of the King.

His guards were puzzled. Ji said: “I pledged in my heart to present this sword to him. Should I renege on my promise because he has passed away?!”

This has become a respected story passed down through the ages. Ji Zha would honor a pledge made in his mind even if it had not been spoken.

Nowadays people might revoke a verbal promise so we bind each other with written contracts. Even though these clearly set out the agreements in black and white, we still can’t guarantee that every contract will be fulfilled.