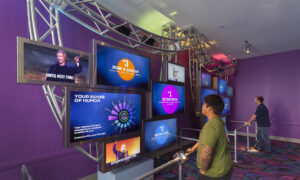 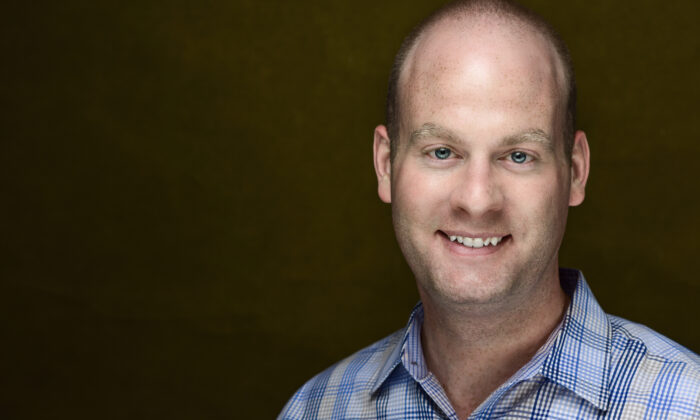 Stand up comedian Jeremy Nunes. His special "Who's With Me?!" is available on Amazon. (Courtesy of Jeremy Nunes)
People

Jeremy Nunes: Into the World of Comedy and Small-Town Politics

This past year has been a tumultuous one, and it’s been particularly hard on the performing arts. Audiences too have suffered from the dearth of live music, theater, and stand-up comedy. Jeremy Nunes, 37, a comic from the small town of Dawson, Illinois, and father of two, has been hustling during the pandemic to make ends meet and provide a little bit of comic relief for the rest of us.

Nunes had always wanted to be a stand-up comedian. Jeff Foxworthy was one of his primary influences, and he enjoyed watching “The Tonight Show With Jay Leno” as a kid. The mornings after the shows he would recite Leno’s monologues. As he got a little bit older, he became intrigued by Jimmy Fallon’s work on Saturday Night Live.

His family owned a trailer park in his hometown, and it was expected for him to take over the business.

“Instead, I took the comedy route to make an equal amount of money. Tens of dollars,” Nunes joked.

When Nunes first started out, he drove all over the country, performing small gigs and taking every opportunity he could to get his name out into the world of comedy. There were times when he was successful and times when he wasn’t. Growing up in a small town and going to church heavily influenced Nunes’s comedy; and as his act developed over time, it became cleaner and cleaner. As he got better and more comfortable, other comedians became wary of following his act.

Throughout his travels, he had the opportunity to perform in a lot of small towns. After a while, he began to wonder why his own hometown wasn’t measuring up to the places he visited. That’s when he decided to get into politics. He first served as an alderman, then ran for mayor. He had no expectation of winning, but his friends and family believed that he would make an intelligent, thoughtful elected official. His campaign slogan became “Put a real joker in office,” and to his surprise, he received 80 percent of the vote.

Inevitably, his experience as a comedian would influence his style of governing. He found himself trying to appease small-town complainers, employees, and government officials. In addition, he had to balance his comedy career, family life, and local politics.

As a result of his efforts, he won an award for being one of Illinois’ most ethical mayors. The incident that brought about the recognition was that he had issued a fine to his parents for not cutting their grass. Then small-town comedy came into play in real life. It turns out he was the one who was supposed to mow their lawn. Nunes wrote a book during the pandemic about his mayoral experience entitled “You Can’t Write City Hall,” to be released on May 4. He also says serving as mayor made him a better comedian and a better businessman.

Nunes’s career in comedy continues to grow, and as a clean comedian, he has performed at churches, fundraisers, and corporate events. He’s also released the stand-up special “Who’s With Me?!” on Amazon and has performed for Dry Bar, a clean comedy outlet. Nunes’s wife and two children have also been source material for his jokes. His son has gotten the comedy bug and often gives his dad a hard time.

One day, he watched as Nunes put lotion on his face.

“Why do you do that?” he asked his father.

Nunes is a family man and tries his best to spend as much time with his wife and kids as possible. He often returns from shows in the early morning hours, but wakes up in time to have breakfast with the family and see his son off to school. If he does a late show on Saturday, he makes sure he’s back to go to church on Sunday with them. While he juggles to balance his career and home life, his family understands he needs time to himself to write jokes and work on his act.

Over the past year, Nunes has struggled as live shows were largely canceled across the country. He’s frustrated with lockdowns, mainly because his performances are how he provides for his family. The comedian has been performing virtual shows, but his income has plummeted.

He’s also considering how much of the pandemic should be part of his future material. Nunes, like many comedians, has also become the target of cancel culture. Even though he performs a clean act, someone is always offended by something. He’s also concerned with retroactive cancellation, afraid he’ll be punished for jokes he made years ago.

“It just feels like a bunch of people that live in their grandma’s basement that don’t have a job, so they feel like their job is to be the police of internet,” Nunes said. “I might get canceled for that, who knows.”

Despite the pandemic and current cancel climate, Nunes stresses that comedy still has tremendous value for all of us. Comedy provides an escape for people. Whether it’s financial, health, or personal issues, humor provides a reprieve.

For Nunes, the mission is rewarding. Every now and then, audience members will approach him after a show. They’ll mention a personal struggle, such as an illness or the loss of a loved one, and how his act gave them a period of levity during their difficult time.

“It’s hard not to feel good after hearing something like that,” Nunes said.