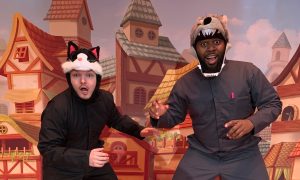 Bringing the Magic of Opera Right Into Schools
0 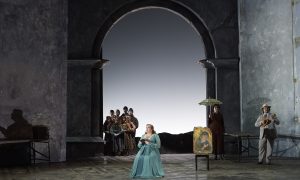 Opera Speaks to the Heart
0 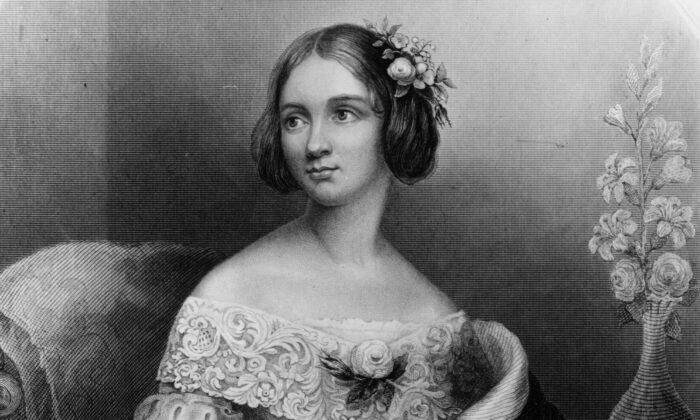 Jenny Lind: The Swedish Nightingale Who Sang Her Way to Fame and Fortune in America

One hundred and seventy years ago, on Sept. 1, 1850, a 29-year-old Swedish woman arrived in America for her first visit. By the following spring, she earned (in today’s money) more than $10 million. It was easily one of the quickest and biggest fortunes ever made in this country by a foreigner.

Now you may be asking yourself, especially if you are a “progressive,” who did she swindle? How many victims did she exploit along the way? At a time when we did not yet have a federal income tax, did we find another way to punish her for her success? Or did she escape to Sweden before we could vilify her and swipe her money?

You would not only be wrong to ask such loaded questions, you would be utterly uninformed, perhaps even motivated by envy, one of the most low-brow and destructive attitudes imaginable.

The woman’s name was Jenny Lind. She did not swindle or exploit anyone. When she returned to Stockholm in 1852, she left behind millions of adoring American fans who did not want to see her go. Back then, nobody of any consequence sought to punish her and thankfully, we did not yet have a government big enough or dumb enough to try.

Jenny Lind was already famous in Europe for a decade before she disembarked in New York in late summer 1850. Her trade? Singing. She was an opera soprano with such a gifted voice that she became world-renowned as “the Swedish Nightingale.” Throngs greeted her when she arrived and even bigger, sellout crowds showed up for performance after performance in city after city. American media dubbed it “Lind Mania.”

The great showman P.T. Barnum of circus fame convinced Jenny to contract with him to perform in America. Barnum and Lind parted ways amicably in 1851 and Jenny continued her tour but under her own management for another year.

Usually she sang in theaters and concert halls but biographer Sarah Jenny Dunsmore, in the book “Jenny Lind: The Story of the Swedish Nightingale,” tells of an incident in a most unlikely place:

“The company gave three successful concerts in Louisville but then suffered a low moment at Madison, Indiana: 800 people had crammed into a pork butcher’s shed to hear the Swedish Nightingale but the organizer refused to pay the agreed fee. Barnum wanted to cancel the whole event. Jenny refused, saying it was not the people’s fault and she was prepared to sing—indeed, she wished to sing—and thanks to her determination the concert went ahead. [Then] at Cincinnati they were greeted by a crowd of 2,000. Audiences were so enthusiastic that Barnum added an extra evening and Jenny was able to give $3,000 [about 90,000 in 2020 dollars] to the mayor for charities.”

The 2017 movie “The Greatest Showman” (so bad I ejected the DVD after a half hour) suggests an adulterous relationship between Barnum and Lind. By all accounts of the day and biographers since, that never happened. It’s another case of Hollywood rewriting history for hype at the expense of accuracy. If you did not see the film, pat yourself on the back for good judgment.

So what did Lind do with all that money those many happy audiences freely gave her? She could have invested it and earned even more, providing lots of jobs for workers and products for consumers. But she chose to give most of it away to charities she loved—primarily music scholarships and private schools. Some of the recipients were in the US and the rest were mostly in England and Sweden.

Not only are streets named for this remarkable singer in a dozen or more American cities, but two towns bear her name as well: Jenny Lind, Arkansas, and Jenny Lind, California. Her name is honored at Mammoth Cave in Kentucky, and her image adorns the Swedish 50-krona banknote, among numerous recognitions still visible more than 130 years since she died in 1887.

Don’t let Jenny Lind’s wealth bother you. Count your blessings, not hers. Jenny Lind was a great and talented entertainer who earned every penny. In free societies, unlike socialized ones, you can get rich by serving others and never exploit anybody. Most Americans knew that back then and it’s not a compliment to our times that we have to re-teach it so often today.

Lawrence W. Reed is president emeritus and Humphreys family senior fellow at FEE, having served for nearly 11 years as FEE’s president (2008–2019). He is author of the 2020 book, “Was Jesus a Socialist?” as well as “Real Heroes: Incredible True Stories of Courage, Character, and Conviction” and “Excuse Me, Professor: Challenging the Myths of Progressivism.” Follow on LinkedIn and Twitter and Like his public figure page on Facebook. His website is LawrenceWReed.com.