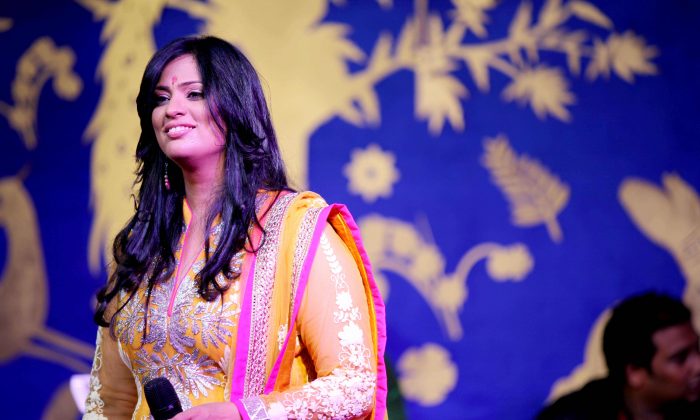 The 34th Ottawa Jazz Festival opening night will start with a cross-cultural bang on June 20 with a Bollywood Extravaganza lighting up Confederation Park.

Saxophonist Petr Cancura, the festival programming director, said an evening dedicated to Bollywood was an idea whose time had come.

“It’s an idea we’ve been toying around with for a few years. Indian music has a lot in common with jazz. There’s a lot of improvising in that kind of music and a lot of jazz musicians borrow from that genre,” he said.

“We said let’s make an entire night of it and make something that would really draw a lot of people, which means make it really fun.”

Richa Sharma is the headliner for what is expected to be a lively and colourful evening. Sharma is a renowned singer in a multitude of Indian films in which the actors lip-synch to the tracks she and others have pre-recorded.

These Hindi film songs have been an integral part of the Indian movie industry since 1931. The singers are known as playback singers.

The music is important in Hindi films in that the song lyrics convey feelings and intent that could not be overtly displayed when the movie industry was heavily censored in India. For example, physical contact between men and women was never seen.

Bollywood, a combination of Bombay (now called Mumbai) and Hollywood, became the moniker for movies made by the Mumbai film Industry that were distributed in Northern India. They include several genres of movies with elaborate dance scenes that are part of the storyline.

Sharma is also a solo artist in her own right who has recorded several albums including one of devotional music.

She will perform on the main stage in the park with her band and a host of dancers. The infectious beat of the music is a combination of classical Indian music and western rhythm, and characterizes Bollywood songs and music.

Continuing the South Asian music theme will be Toronto-based Autorickshaw Quintet, featuring the vocal styling of Suba Sankaran. Their music layers the tabla (a pair of drums used in Hindustani classical music) with strings, electric guitar, and percussion to weave Indian folk songs and south Asian traditional selections in a blend of jazz, folk, and funk to form the group’s unique sound.

“The Canadian groups we have [lined up for opening night] fuse classical [Indian] music and jazz,” said Cancura.

DJ Rekha, who has been credited with pioneering bhangra music in North America, will perform a rare set at the festival, closing the night with an infusion of bhangra music with international hip-hop and drum beats.

Cancura explained that Rekha doesn’t tour clubs that much so the last show “will be a real treat.”

Bhangra dance music has its roots in the Punjab region of India where dancers moved to traditional songs and the beat of a drum combined with other Indian musical instruments. It has evolved over the years to include western-style rhythms.

“The beat is so infectious,” said Cancura of the genre. “It’s the rhythms and the shapes, and then I think also the South Asian tonality gives it a fresh sound.”