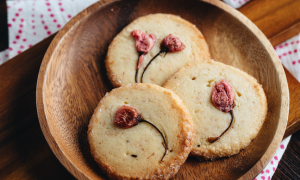 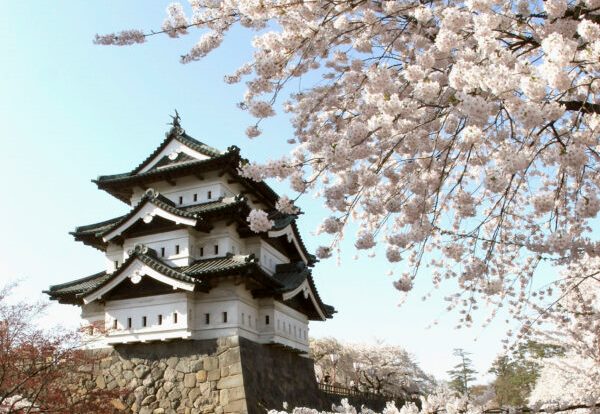 Bright pink cherry blossoms against a brilliant blue sky is a sight unlike any other in the world. “Sakura” is the cherry blossom’s name in Japan. They flutter slowly to the ground as crowds mill about, taking in springtime’s beauty. Across the country, the atmosphere shifts. Buds bloom. Winter draws to an end. Just as spring brings the promise of fresh beginnings, the sweet scent of the sakura brings hope and cheer. Family and friends gather to admire the scenery and enjoy warmer weather.

“Hanami” is the Japanese word for “the act of admiring cherry blossoms,” which is a respected tradition there. It dates back to the Nara period (710–794) when a Japanese envoy to China brought back the custom of enjoying plum blossoms. Festivals dedicated to sakura began in the Heian period (794–1185).

Back then, Japanese people believed that gods signaled a year of good harvest through cherry blossoms. So they prayed, made offerings, and feasted to honor the sacred trees. Hanami—sakura festivals as we know them now—were first popular in the imperial court. Nobles held grand viewing ceremonies that included singing, dancing, feasting, and drinking. Over time, the hanami tradition spread to the common people and became widely enjoyed all over Japan.

One of the largest hanamis to ever take place was Hideyoshi Toyotomi’s Cherry Blossom Party in 1598, held at the famous Daigo-ji Temple in Kyoto. The temple was in a state of disrepair until Toyotomi invited thousands to attend his event. With over 700 cherry blossom trees planted around the temple, the extravagant fete further cemented the hanami as a valuable part of Japanese culture. After that, Daigo-ji Temple was revitalized and is now a UNESCO World Heritage Site.

From the 1600s until the mid-1800s, viewing cherry blossoms was a popular event enjoyed by Japanese from all walks of life. The flowers and their festivals became recurrent motifs in art and literature, as the charming blossom established itself as a national image for the Japanese. Famously, Utagawa Hiroshige depicted several blooming cherry boughs in his vertical-format landscape series “One Hundred Famous Views of Edo.” Hiroshige was a Japanese ukiyo-e artist and considered one of the last great masters of the tradition.

The legendary sakura found its way into famous poetry of the day, beginning in the Heian period. “Waka” is one of the most recognized forms of Japanese poetry and the basis for haiku. The cherry blossom often appears in the “Kokin Wakashu,” one of the earliest anthologies of waka poems compiled by Emperor Uda.

More than beautiful, the cherry blossom represents impermanence. Despite being so widely adored, the blossoms last for a very short period of time. Cherry blossoms bloom once a year for only a week—maybe two at best. Part of their beauty lies in how fleeting they are. “The Japanese were perhaps the first to discover the special pleasure of impermanence and believed … that impermanence was a necessary element in beauty,” Japanese-American scholar Donald Keene said.

In fact, much of Japanese literature is filled with a sense of acceptance—even celebration—of impermanence. “Mono no aware,” which translates to “the pathos of things,” is the Japanese term for the awareness of impermanence, or the transience of things. It originates from “The Tale of Genji,” a classic work of Japanese literature from the Heian period that is often considered the world’s first novel. The cherry blossom has come to embody this phrase, representing a bittersweet fondness for the brevity of life.

While flowers are typically associated with femininity, the cherry blossom has a masculine side, too. They are a symbol of the samurai’s bravery. These men faced death with courage. As an ancient Japanese proverb states, “The best blossom is the cherry blossom; the best man is the warrior.” Just as the cherry blossom falls at its prime, samurai were known to sacrifice their lives without hesitation for the sake of their country.

Though the sakura blooms only briefly, its impact on Japan is profound. The blossom has planted its seed in people’s hearts, making its way into everyday life. From sakura-flavored snacks and drinks, sakura-patterned decor, to sakura-inspired clothing pieces, the flower fills people with a sense of comfort and joy. After a long day, a glimpse of its beauty is enough to lift one’s spirits.

There are many kinds of sakura, each with its own beauty, including the most common Somei Yoshino blossoms, the wild Yamazakura blossoms, and the bright pink Shidarezakura blossoms, or weeping cherry. The sakura originated in China where the largest variety of species still live. The Japanese have cultivated the blossoms since discovering them thousands of years ago, and have spread their beauty around the globe.

Cherry blossom viewing was first introduced to the United States in 1912, when Mayor Yukio Ozaki of Tokyo gifted 100 cherry blossom trees to Washington, D.C. Over time, hanami culture spread across America. Now, every year from late March to early April, Washington holds a national cherry blossom festival. New York, Los Angeles, and Vancouver hold their own celebrations, as do other cities across North America.

In an age when people are more isolated, the cherry blossom has the power to bring people together. “Under the cherry blossom, there are no strangers,” Japanese poet Kobayashi Issa said. No matter how vast their differences, individuals can come together in mutual admiration of the beauty of the sakura.

This article by Cora Wang and translated by Angela Feng is republished with permission from Elite Lifestyle Magazine.