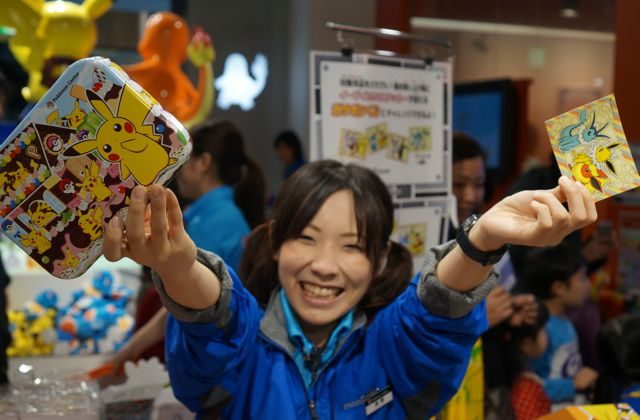 Many people believe that travelling in Japan will cost them loads of money, but Japan is not that expensive to travel around.

Visiting Japan in the first place should be because the place is incredible. A total culture shock. And I am saying this after many years of seeing different places abroad.

The people are friendly and polite, and go out of their way to try and help you, even if they don’t speak english.

The food is out of this world. All that stuff you thought of trying before, you can find it all here. Well maybe not human flesh, but then you should be locked up somewhere if that is what takes your fancy for a food treat.

Onsen (hot springs) are everywhere and are a distinct part of the culture. Any country where taking soothing baths in hot springs as a national pastime, is a place I want to be!

The sheer strangeness and eccentricities of some of the things you will experience. Way to much to go into detail here, but you can see and find a lot of fun things, especially in Tokyo.

Anyway I have digressed, back to the subject at hand.

Why travelling in Japan is not as expensive as you may think.

When I said I was going to Japan, many of the reactions from people were great. Have a fun time! Enjoy the food! Find out if they really do have used pantie machines! OK… well we can forget about that last one. It’s true in case you did happen to be wondering.

But there was always that other reaction. It’s going to be so expensive!

To be honest I also thought the same. All the things I had heard before, especially about Tokyo, were that it was expensive to travel.

But after spending almost 40 days here I can tell you this. Japan is not that expensive and you should definitely visit!

Now lets be clear. We’re not talking India, Indonesia, Ethiopia etc levels of travel. It is very expensive when comparing to the cheap budget countries that backpackers love to visit, where you could get by on $7 a day if you wanted to.

Tokyo was always put on a price level with London, New York and other big cities in Europe. That’s what I expected, and fully budgeted for that outcome. I always wanted to visit and decided to bite the bullet and spend. But Japan is cheaper to visit than many of those expensive western places. I have come out of it with a lot of my budget still intact, and had an incredible time.

A lowdown on some costs in Japan.

The prices here are valid as of January 2014.

The average cost of a dorm bed in a hostel is around 2000 yen. That’s around $20. For that you will get a decent hostel, often in a good location.

Having said that I have gotten Japanese style private rooms for 1700 yen in the big cities, specifically Osaka.

Staying in ryokans (traditional Japanese inns) would add up to be quite expensive. But again comparing what you get to what you could pay elsewhere for the same level of comfort, it’s not that bad. I got a private room at a ryokan for 4000 yen a night with Japanese style room, and got a unique experience. That was a cheap price though, many ryokan go for 8000 yen a night upwards.

You could try couchsurfing as well. Meeting up with locals or foreigners living there would not only save on sleeping, it would also give you a more local contact in the area.

There are some great fun sleeping options as well, such as staying in a capsule hotel, where you feel like your in a sci-fi movie, podded away in your own little cubicle. They will set you back around 3000 yen a night average.

Then there are the love hotels…

Saving money staying at cheaper hostels and hotels, you could save enough to treat yourself to a ryokan now and then. After all one of the reasons to travel is to experience new things.

Oh Japan, I love you so much for your food! Really it is that good I am depressed at the thought of eating elsewhere now.

To give you an idea, a small pack of 6 sushi pieces in a supermarket in Amsterdam, that aren’t that good and fresh, will set you back around 4-5 euros. I have been to sushi train restaurants all over Japan where you can get 6 pieces of delicious fresh sushi for 2 euros. Yes, 2 euros! That’s 105 yen a plate. That’s the entry level sushi, the more expensive the fish, the more the price.

There is so much food options in Japan. Don’t like fish? Fine, how about a barbecue built into your table with all you can eat meat you cook yourself for 1500 yen ($15). A cheap bowl of tasty ramen noodles, 500 yen ($5) average price.

I could go on and on, there is just too much food here. It deserves multiple posts on the subject alone (future posts coming up!)

That gives you an idea roughly of what’s possible. And that is all eating out options. If you were to go to the supermarket and cook in the hostel, or just walk around snacking on random stuff you can save lots more.

In fact in many places, leading up to major tourist sites and inside big shopping malls, they have many food areas giving out food samples. I have been on the way to a ramen place hungry before, only to find so many little free snacks on the way, that by the time I arrived, I was full.

This is where it can get a little nasty, but only if you let it.

If you know for sure you are coming for a few weeks and plan to move around a lot, then get a JR rail pass before coming. This will save you a tonne of money on train travel, and afford you to ride on the lovely shinkansen bullet trains.

If however you plan to spend 1 week in a certain place, then 1 week in another etc, then it is not worth it. This is where buses and local trains come in. Or hitch-hiking if you feel like it (Japan is a VERY safe country).

So the expensive part is if you don’t have a JR rail pass and want to try a shinkansen train. The fare from Kyoto to Tokyo will set you back around 12500 yen ($120). Expensive right!

Buses and local trains are good value however. In comparison with the shinkansen fare above, you can take a bus from Osaka to Tokyo for 6000 yen ($60), and if you do the night bus, that will save you a nights accommodation.

Getting around the cities will set you back around 320 yen ($3) for 30 minutes on the subway.

Activities in the big cities, like very big city, can start to drain your money if you’re not careful. Having said that they are on par with most other cities. An average nightclub ticket is around 200 yen ($20).

The bright neon lights of the cities lead you into a world of wonder. So much to see and do. You could get sucked into a gaming arcade in Akihabara in Tokyo for hours, even if you don’t like gaming. There you can pay 100 yen ($1) per game, but if your good at Tekken you don’t need to pay until your beaten by another player! Marathon Tekken session?

The brilliant Japanese pastime of onsen (hot spring) bathing is a must do. Onsens are everywhere, Japan being a very volcanic island. A cheap onsen is only around 300 yen ($3) to a more expensive ryokan onsen costing still a reasonable 1000 yen ($10) on average.

There are other things that could be said, but this should give a good idea of what to expect.

Don’t put off travelling to Japan because you’re worried about the price. Just go ahead and be happily surprised.

This is the kind of place where you can leave your phone on a seat in a bus, report it and get your phone back an hour later. Ooops,that was me recently! Or as an American living here recently put it: “you can leave your Macbook on a table in Starbucks, come back several hours later and it will still be there.”

The people are the most polite you could meet anywhere. The food will blow your mind. The entertainment and bright neon lights will leave you dazed. The traditional will leave you happy.

Japan has blown me away. Let it blow you away too!