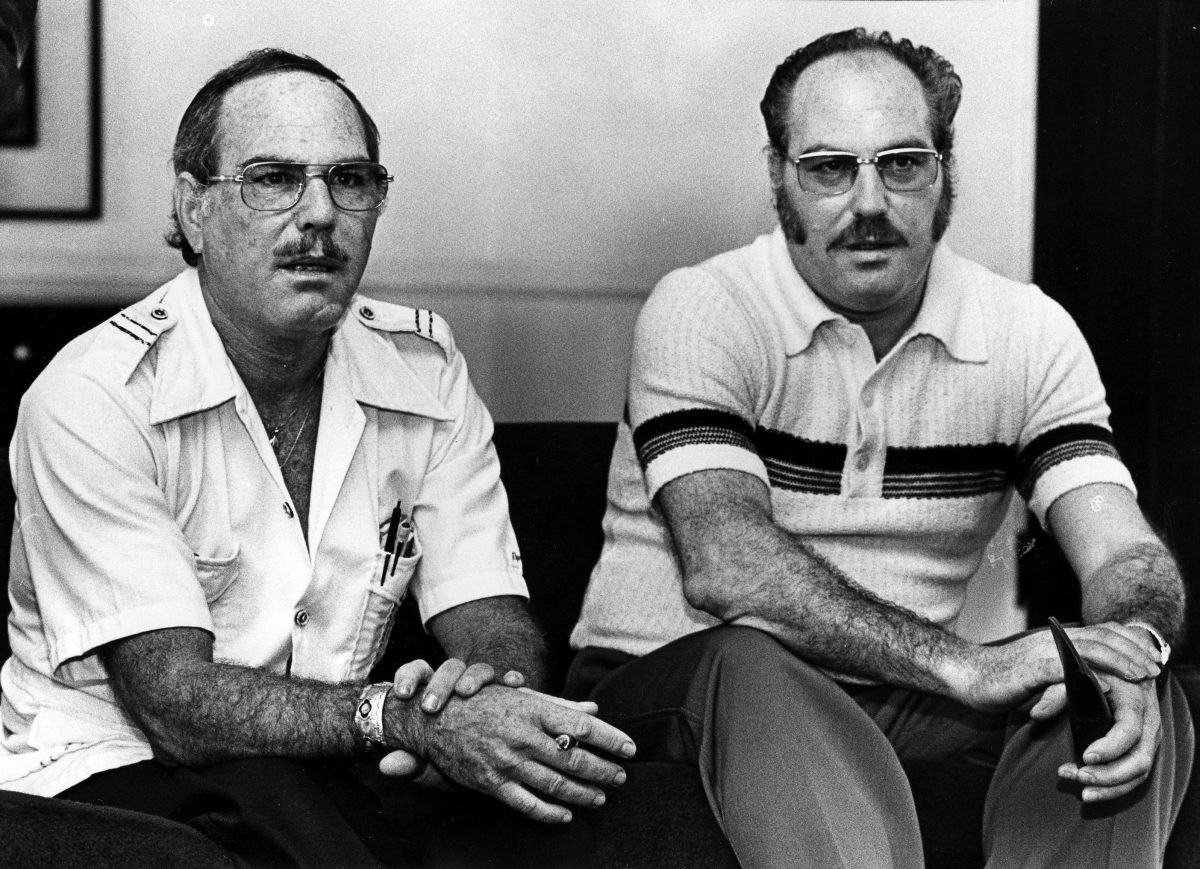 BY The Associated Press TIMENovember 12, 2015 PRINT

LOS ANGELES — If “The story of Jack and Oskar” was pitched as the script for a Hollywood movie, it’s a good bet no one would believe it.

Separated sixth months after birth in 1933, Jack Yufe was raised as a Jew in his native Trinidad while his identical twin, Oskar Stohr, grew up in Nazi Germany, where he joined the Hitler Youth movement.

Yufe, who died Monday of cancer in a San Diego hospital, had arrived for that first meeting wearing a white sports jacket, shirt and wire-rimmed glasses. So had his brother.

As they got to know each other better they would learn they also walked with the same gait, had the same nervous habits, even liked to play the same practical jokes on people.

“They both used to wash their hands before and after going to the toilet,” recalled Nancy L. Segal, a professor of psychology at California State University, Fullerton, who studied the brothers as part of a landmark study of twins conducted at the University of Minnesota.

“They both used to like to sneeze loudly in elevators, thinking that was funny,” she continued. “If you sat across from them at a table and there was a vase with a rose or something, they would both shove it aside because they couldn’t stand that.”

They also shared the same hot temper and competitive drive, which led them to learn not to ever talk politics or religion, Yufe’s son, Kenneth, said Wednesday.

“It was an interesting pair to watch, for sure,” he added.

The two were separated when their parents split and their mother took Oskar to her native Germany while Jack stayed in Trinidad with their father. In his teens, Yufe moved to Israel where he served in the navy before moving to the United States and going into the retail business in San Diego.

“When he first started he was selling out of a van, and he’d see people who had no shoes or horrible shoes and he’d say, “Here’s a pair of boots, give me a dollar a week, that sort of thing,” the son recalled. “He’d give credit to people who never had credit before.”

But if the buyer didn’t pay that dollar a week, his son recalled with a laugh, he’d demand those boots back.

“He was very old school, but he really was a wonderful guy.”

It was in San Diego that Yufe’s first wife learned of the landmark Minnesota Twins Study and persuaded her husband and brother-in-law to take part. They and others showed remarkable similarities despite growing up apart from one another for decades.

“As psychologists, it made us really rethink our explanations for behavior,” said Segal.

Yufe and Stohr, meanwhile, came to care deeply for one another, said the psychologist, who got to know both over the 20-year study and wrote about them in her books “Born Together — Reared Apart: The Landmark Minnesota Twin Study” and “Indivisible by Two: Lives of Extraordinary Twins.”

When Stohr died of cancer in 1997, she said, Yufe was devastated but couldn’t bring himself to attend the funeral because he looked so much like his brother that he feared it would disturb the family.

“They had an amazing, what I would call a love-hate relationship,” she said. “They were fascinated by one another, fascinated by their similarities, intrigued that the worst traits that they saw in themselves were mirrored in the other one. They were hot tempered and short tempered and impatient, demanding. But their families loved them.”

In addition to his wife, Ruth, and son, Kenneth, Yufe is survived by daughters Anita Yufe, Hovi Reader and Debvra Gregory and stepsons Renee and Enrique Vega.