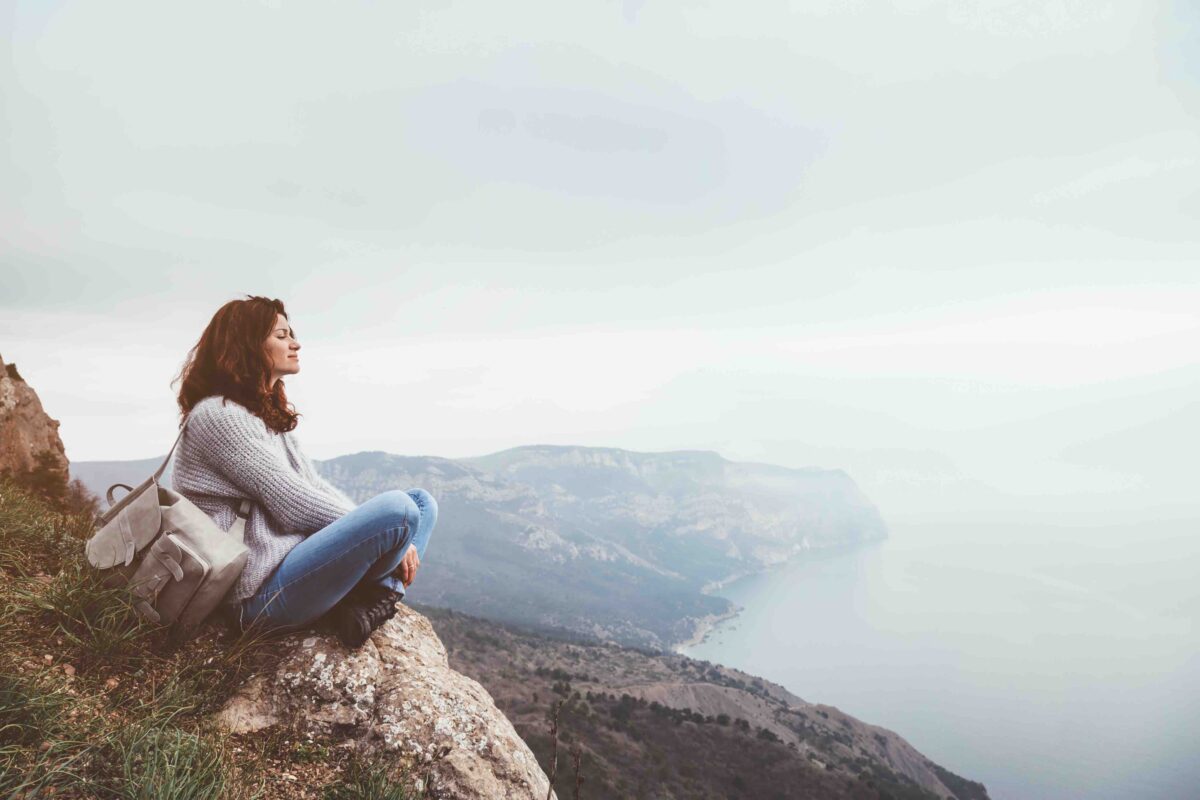 Take that first step. Then do it over and over again, just one baby step at a time. (Alena Ozerova/Shutterstock)
Family & Education

It’s Only Too Late If You Don’t Start Now

I love to knit. That’s not to say I’m a fast knitter or even that good at it. Mostly I make things that turn out marginally, then I tear them up and start over on something else.

But here’s the funny thing: It’s not the finished product that I find so enjoyable. It’s the process. It’s the gentle rhythm, the pulling of one loop of yarn through another, over and over again.

Curiously, in all of knitting—and I’m talking about even the most complicated and breathtakingly beautiful works of knitted wear—there exist only two stitches: knit and purl. That’s it.

No matter how fast I knit or how slow, how intricate the pattern or ordinary, one thing is sure: I can make only one stitch at a time. And one stitch makes absolutely no visual difference in whatever it is I’m working on at the moment.

Now and then I come to the last stitch, bind it off, and surprise myself with what I’ve created. How did that happen? It’s remarkable, really, that just one stitch at a time can bring such pleasing results.

I love the story that author Jaroldeen Edwards tells in her book “Things I Wish I’d Known Sooner” of the trip she took with her daughter one bleak and rainy day. She wasn’t that thrilled to drive more than two hours to see flowers some woman had planted. But her daughter was insistent.

“You’re going to love this, Mom!” Tell me, what mom could resist going along with that kind of enthusiasm?

They drove along the Rim of the World Highway, inching their way toward Lake Arrowhead through fog and drizzle in the San Bernardino Mountains, north of Los Angeles.

By now, Jaroldeen was so agitated, she was certain she was being kidnapped by her daughter! Still not convinced this could be worth the trouble, Carolyn parked next to a small stone church and announced they would need to walk along a path, through huge, black-green evergreens and over a thick blanket of old pine needles.

Just as they turned the corner of the path, Jaroldeen stopped dead, literally gasping in amazement.

“There before me was a most incredible and glorious sight! So unexpected and unimagined.”

From the top of the mountain, sloping down several acres across folds and valleys, between the trees and bushes, following the natural flow of the terrain, were rivers of daffodils in radiant bloom. Every color of the spectrum of yellow blazed like a carpet before them.

Why? How? Her mind flooded with questions about how this could be.

The Daffodil Garden is the handiwork of just one woman. A former Los Angeles High School art teacher, she and her husband still live on the property. Their small home (rebuilt after having been destroyed twice by fire) fits perfectly into the scene in the midst of all the glory.

This one woman, beginning in 1958, planted each daffodil bulb by hand, one at a time. No shortcuts.

Year after year, planting just one ugly, dried-up, lifeless bulb at a time, she’d forever changed her world by the time she’d planted more than 1 million bulbs. She created something of magnificence, beauty, and inspiration.

As Jaroldeen approached the mountain home situated in a sea of yellow, she saw a sign posted by someone who was clearly tired of answering the same questions: “Answers to the Questions I Know You Are Asking: One Woman, Two Hands, Two Feet, and Very Little Brain. One bulb at a Time. Started in 1958.”

Some time ago, and on a total whim, I bought up enough yarn to make a beautiful coat I saw in a pattern book.

Seriously, this was way beyond anything I’d ever knitted. My expectations that I’d ever finish it were low. But one stitch at a time, over and over again, it began to grow and take shape. The coat was for a very special lady in my life, so I had incentive to finish it.

As she modeled it for me, all I could think about was that sign at the entrance to the Daffodil Garden. Mine read: Why? How? One woman, two hands, two needles, and very little brain. One stitch at a time. Started about six months ago.

What do you need to do in your life? Build an emergency fund? Pay down your debt? Downsize to a smaller lifestyle?

Why not get started today? Take that first step. Then do it over and over again, just one baby step at a time. You’ll be amazed at where you’ll be with that over the coming months.

And if you don’t get started now? I’ll let you answer that question.

Update: For 40 years, Gene Bauer opened her property for three weeks each spring, free of charge, so the public could bask in the glory of all that yellowness, in the passion and hard work of a woman intent on making the world a more beautiful place.

Bauer said the people who flocked to her home each year were generally polite and respectful. But she’s 88 now, and preparing the property for visitors has become too much to handle. In 2009, she posted signs around her house saying the Daffodil Garden was closed forever.