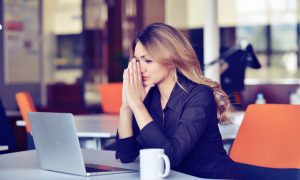 Job Stress Is Harmful Because You Make It That Way
0 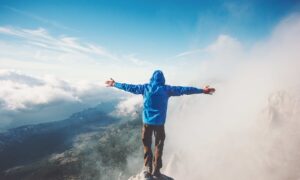 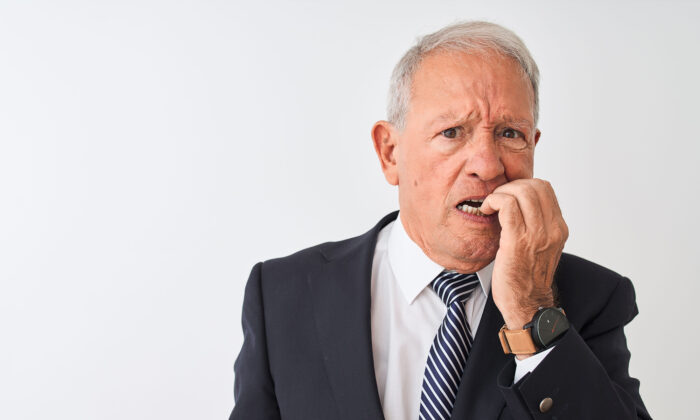 Stress has been blamed for causing gray hair for ages and researchers have now discovered the specifics of this relationship. The stress response activates the fight-or-flight response which can cause irreversible damage to pigment-producing stem cells in the hair follicles known as melanocytes.

The recent study, published in Nature, investigated the effects of stress on the melanocyte stem cells of the hair follicle of mice. Melanocyte stem cells produce the pigment cells responsible for coloring the hair, skin, iris and other regions of the body.

The research team needed to single out the precise mechanism that led to the loss of these melanocyte stem cells. That was tricky due to the broad nature of the stress response, which affects systems throughout the whole body. Stress affects immune function, cortisol secretion, and norepinephrine production. Norepinephrine, (also known as noradrenaline) is used in the body and brain as a hormone and neurotransmitter. Norepinephrine’s main job is to mobilize the brain and body for action.

After a process of elimination, the team focused their efforts on investigating the sympathetic nervous system, which generates the fight or flight response. The sympathetic nervous system is spread throughout the body with minuscule branches going to each hair follicle. When stressed, these sympathetic branches will secrete norepinephrine, which is then absorbed by the melanocyte stem cells nearby. Norepinephrine can spur the overproduction of melanocyte stem cells. If the stress lasts more than a couple of days, this overproduction leaves the melanocyte stems cells permanently depleted and they subsequently die.

The death of these stem cells is a process of aging. You can think of aging as something which once made ongoing contributions to the body no longer functioning and the body deteriorating as a result.

While researchers began linking stress to gray hair decades ago, these new findings reveal the specific mechanism and deepen our understanding of how stress affects the body. What first seems like a frivolous study confirming something most of us already knew—that stress turns hair gray—turns out to be another valuable addition to our understanding of exactly why stress is bad for us.

It seems highly unlikely that only the melanocyte stem cells of the hair follicle are killed off in this stress response. What about the implications of induced states mimicking the stress response. For example, amphetamine usage or even chronic anxiety create something nearly identical to a stress response. The ravages of chronic amphetamine use and abuse can be clearly seen in the user—and the effects go far beyond premature graying. Does norepinephrine cause these other aging effects as well?

With this study, the groundwork has been laid for further consideration of how stress affects other tissues and organs in our bodies. This will hopefully pave the way for new studies investigating the effects on other stem cell lines as well as a better understanding of how to modify or even block the damaging effects of stress.

And what if there are ways to reverse this process?

In the world of naturopathy, relatively high doses of copper and manganese have been used to reverse some premature graying of the hair. Although I’ve never seen a complete reversal with this supplementation, I have seen hair darken again. Protection of the existing melanocyte stem cells seems like a probable mechanism but how do you get gray hair to turn dark again if the stem cell is dead? Could copper and manganese have effects on reviving the dead melanocyte stem cells?

The sign of a good study is that it creates as many, if not more, questions than it answers. This study certainly fits that description.

In the meantime, the best control against excessive stress in your life is you. Your stress response is not caused by what happens in your life, but how you respond to it. Many adults have poor stress management skills. Stress management can be learned and special emphasis should be placed on teaching our children and grandchildren these skills. The trend of insulating our children from the stress and difficulty of life has created a generation of adults who have little to no resilience to stress. We teach children the importance of hygiene, exercise, good nutrition, avoidance of tobacco and alcohol, and loads of other habits and behaviors to optimize their health. Now it is time to put stress management on that list.