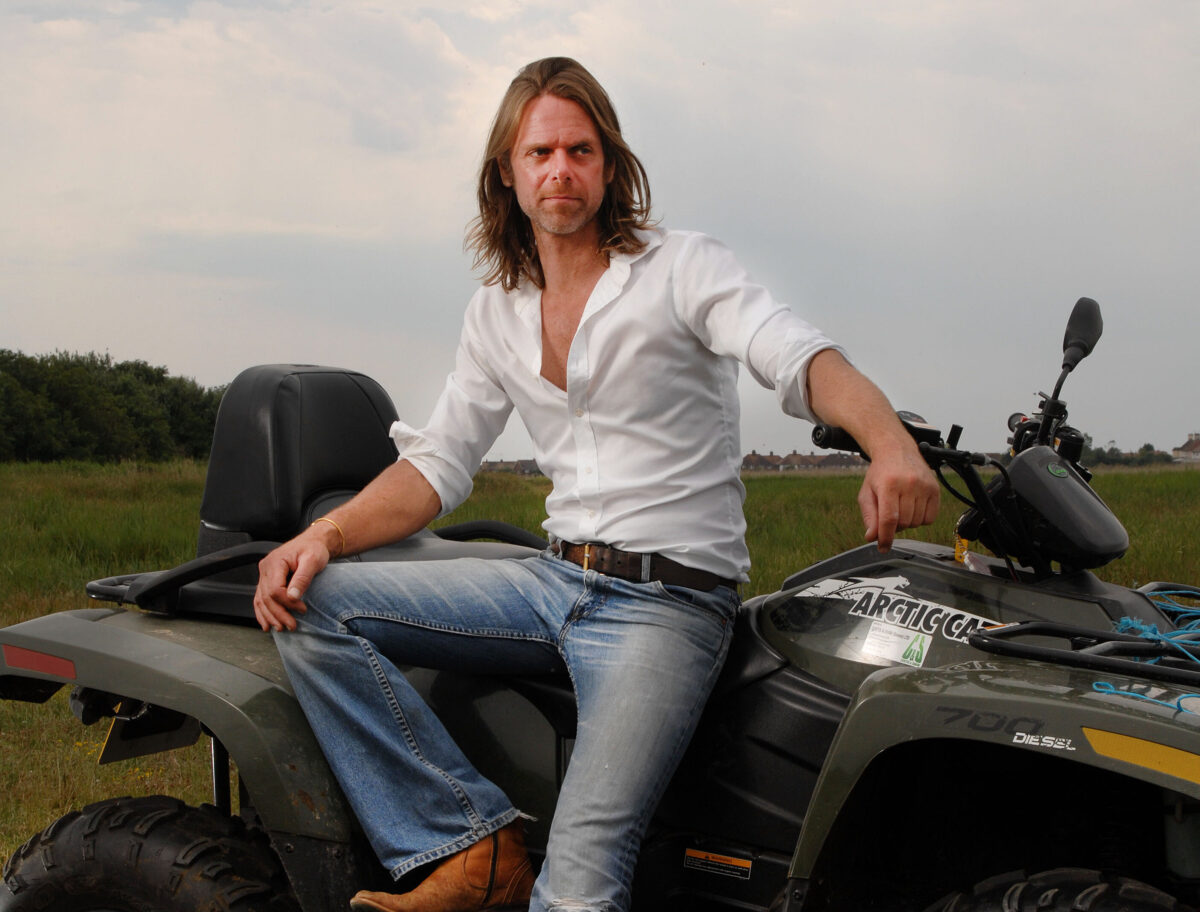 By introducing children to knives, skinning rabbits, and shooting guns, Mike Fairclough isn’t a typical British headmaster. His approach to teaching has brought him criticism in the past, but it is his insistence on speaking out against lockdowns and COVID-19 vaccines for children that has become his biggest challenge.

Fairclough has 20 years’ experience in running the state-funded West Rise Junior School for 7- to 11-year-olds in Eastbourne. He was also one of the very few voices in education to express concern over the response to the CCP (Chinese Communist Party) virus pandemic and its impact on children.

He told The Epoch Times he has been a “reluctant campaigner,” but felt it was his “legal duty to safeguard children against harm.”

“I can see that there’s the potential harm that could result from a child taking the vaccine,” he said. “We certainly have no idea about the long-term safety data, and therefore that’s why it’s worth raising the alarm.”

Fairclough recently wrote the book “Rewilding Childhood,” in which he used the experience of lockdowns to urge parents to join a “call for rebellion: a liberating, transformative, joyful rebellion, proven to encourage confidence and resilience in children.⁠”

In the UK, two doses of the COVID-19 vaccine are being offered to almost 5 million children aged 5 to 15.

Fairclough was recently suspended from Twitter for writing that the next “Prime Minister must be vocally committed to safeguarding our nation’s children against harm” and asking, “In light of new and emerging data about vaccine injuries and vaccine deaths where do you stand on this?”

Unlike many in education, he has openly shared his views, saying that the “government blindly followed China into destructive lockdowns” and that “lockdowns harmed our children.”

Fairclough’s approach to education is certainly different too. There are 362 pupils at West Rise who come mainly from the local council estate, places which are often part of England’s poorest neighbourhoods.

“It serves a community which has quite high social and economic deprivation,” he said.

He added that the school has a very close connection to nature, with a farm, a forest school, beekeeping sites, and children are taught to use knives and guns and to forage for food.

Fairclough teaches that it is important that children are “not just responding to instruction.”

“That isn’t really about education at all, that’s essentially just creating conformist individuals,” he said.

“It’s my whole point with kids. It’s like kids are not only easy to inspire with clearly inspiring stuff, but they themselves take it to the next level so they are naturally inquisitive,” he said.

“There’s a reason why all of those traits get dumbed down and sort of belittled by the adult world, and it’s because if you’ve got children who ask questions and who are imaginative and take risks and are comfortable with the unknown … they then turn into adults with the same traits,” said Fairclough.

“And that’s dangerous for governments because then people start … asking questions of those in power,” he added.

Dr. Tony Hinton, an NHS consultant in ear, nose, and throat surgery, who is supportive of Fairclough and who wrote the forward to his book, has also been vocal about the harms of lockdowns on children and has repeatedly stated that children must not be given the COVID-19 jab.

“I think of all the people that are being treated the worst it’s children,” Hinton told The Epoch Times, expressing concern for what has happened to children over the last two years. He added that in his own practice, he has seen an increase in children with hearing or speech problems.

Like Fairclough, Hinton is a rare voice questioning COVID-19 narratives in the British medical community. In May, Hinton was permanently banned from his Twitter account for questioning the safety of COVID-19 vaccines in pregnant women.

In terms of children growing up in a “controlling, fear-mongering world,” Hinton said Fairclough’s approach “was valuable” in that it “encouraged children to inquire.”

‘Haven’t Got a Choice’

Fairclough said there are “a lot of teachers and heads with the same view as me,” but many can’t speak out for fear of losing their job.

“I’m in exactly the same position,” he said. “I have already been investigated twice for being outspoken about this; on both occasions the authorities have dropped the complaint, which has come from criticising the vaccines for the kids,” he said.

“I do feel frequently very worried about my position. I mean, I can’t afford to lose my job and lose my house,” said Fairclough, who is a father of four children.

“However, I haven’t got a choice. Particularly as I am the only voice in education I am aware of,” he said.

Pre-pandemic, Fairclough and the school had lots of media coverage, with some that sparked controversy, mainly over the school’s countryside management day, where the kids learn to shoot shotguns and rifles and skin rabbits. Though there was some criticism, all that did was “galvanize support internationally from the public,” he said.

Speaking out against lockdowns and COVID-19 vaccines for children is a completely different beast, however.

He said that he has always been “anti-establishment,” and in his book, he makes the case that imagination is how children learn about the world, especially in the post-COVID era.

“I think kids have already got everything they need. They’re resilient, they’re risk-takers, they have deep gratitude for what they have. They are comfortable with the unknown,” he said.

“And it’s what makes adults miserable because they tend to stop being emotional, stop being playful, stop taking risks, start to fear the unknown, they start to have less gratitude, and they start learning not to see the magic in things and then give that power away to other people, including the state, which is what’s happened over the last few years,” Fairclough said.

Owen Evans
Follow
Owen Evans is a UK-based journalist covering a wide range of national stories, with a particular interest in civil liberties and free speech.
SHARE
Friends Read FreeCopyFacebookTweet
You May Also Like