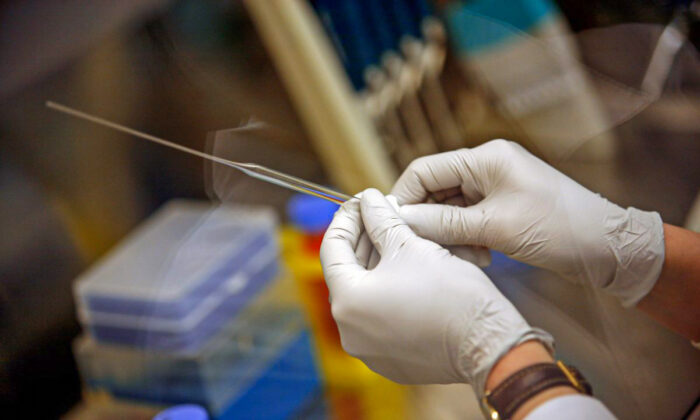 The trial of a former Italian surgeon accused of assaulting patients by carrying out pioneering yet experimental windpipe transplants began in Sweden on April 27.

Dr. Paolo Macchiarini, a stem cell scientist, is charged with aggravated assault against three of his patients for performing the procedure in which he created the world’s first windpipe partially made from a patient’s own stem cells.

Macchiarini, 63, was credited as a pioneer for creating the world’s first “synthetic” trachea in 2011 while he was a surgeon at the Karolinska University Hospital in Stockholm, Sweden.

The trachea was made of a biocompatible material and partly from stem cells from the patient, and was hailed as a breakthrough in regenerative medicine at the time.

However, Macchiarini is alleged to have caused the deaths of three people on whom he operated between 2011 and 2013, Swedish broadcaster SVT reported. He has denied any criminal wrongdoing.

The surgeon appeared at the Solna District Court on April 27 but is first expected to be a witness on May 6.

According to local reports, Macchiarini was recruited as a visiting professor at Karolinska Institutet in 2010 before also becoming chief physician and surgeon at Karolinska University Hospital later that year.

He performed his pioneering windpipe transplant surgery in 2011 on a cancer patient and it appeared at first to be successful.

However, the patient later suffered from an array of complications and died a year-and-a-half later.

Between 2011 and 2013, the surgeon went on to perform a total of eight similar transplants on various patients in Sweden, Russia, and the United States but seven of those patients later passed away, while the eighth patient had the artificial trachea removed. That patient is still alive, according to SVT.

None of the deaths have been directly linked to the operations.

Karolinska Institute stopped procedures using the synthetic trachea in 2013 and simultaneously announced it would not be extending Macchiarini’s employment as a surgeon.

In 2016, the institute fired Macchiarini from his position as a researcher for allegedly breaching medical ethics after a number of doctors accused him of falsifying his resume and misrepresenting his work, claiming that research regarding the transplanted trachea procedure was embellished and described by him in an overly beneficial way. Allegations were also made that he fabricated descriptions of his patients’ conditions.

An independent commission in Sweden also found numerous problems in Macchiarini’s work, while Swedish prosecutors launched an investigation into the surgeon on suspicion of gross criminal negligence causing bodily harm or death relating to three patients.

The doctor denied the accusations, saying they were false and no charges were bought against him.

But in 2018, the investigation into the three cases was reopened and additional written evidence and interviews were obtained from individuals in Sweden, Belgium, Britain, the United States, and Spain, where he had also operated on patients.

In 2019, an Italian court sentenced Macchiarini to 16 months in prison for forging documents and abuse of office.

Macchiarini’s lawyer believes the Karolinska Institutet, should be held responsible. The university chairman Lars Leijonborg announced in 2016 that he was resigning from his position in light of the scandal, according to local reports.

Macchiarini’s hearing is expected to end on May 23.