‘It was very moving,’ Says Executive Director about Shen Yun 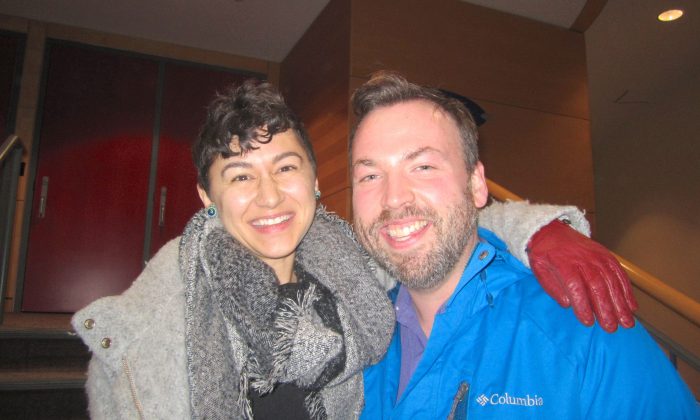 Jessica Bolduc, executive director of 4Rs Youth Movement, and Jim Pomeroy, CEO of a YMCA, enjoyed the Shen Yun performance at the Living Arts Centre in Mississauga, Canada, on Jan. 20, 2018. "I think it was a wonderful show and everyone should go see it," said Mr. Pomeroy. (The Epoch Times)

“As an indigenous person here on Turtle Island in Canada, I think that it’s beautiful. It gives me inspiration to think about what we can be doing in our own communities around, that same kind of mission. So I was so grateful to see that it was part of all of what this production is about.”

“It’s … an example of amazing technology [in the backdrop], beautiful story writing and storytelling, and a soundtrack that will move you to tears. … Yeah, it was very, very moving.”

“I think there is more to life than cellphones…. The last performance [“The Divine Renaissance Begins”] was an interesting way to describe … the negative energies or negative forces in the way that they manifest now.”