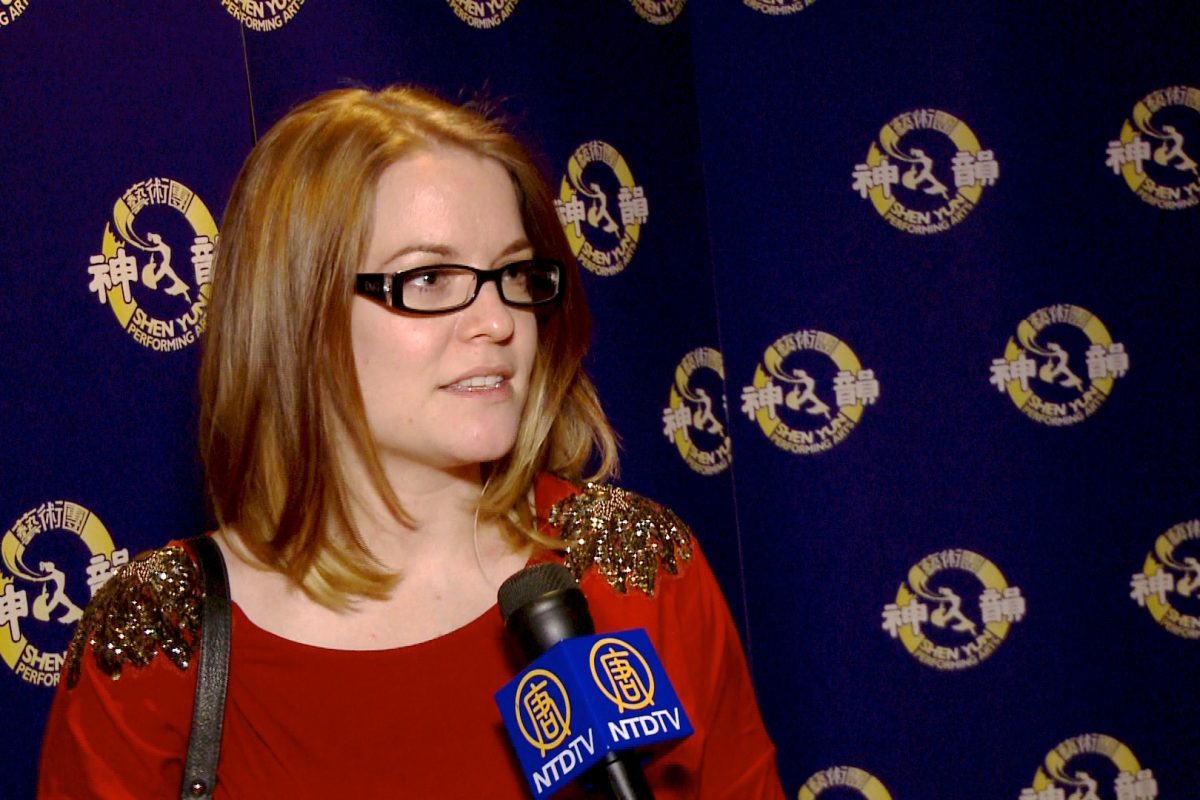 ‘It was amazing,’ Says Veteran Dancer about Shen Yun

HAMILTON, Canada—Emma Arnot brought her father to the Shen Yun Performing Arts opening-night show at Hamilton Place Theatre on Saturday as a Christmas gift, since he loves travelling to Asia.

But Ms. Arnot herself, a ballet and contemporary dancer with 20 years’ experience, was just as delighted by the renowned classical Chinese dance and music production.

“I love it. I like to go see different cultures [and their] dancing,” Ms. Arnot said.

Not only that, but the veteran dancer noticed details of technique and had high praise to give to the show, especially to the dancers.

“Great arches, great extensions, it was amazing, I’m jealous. The tumbling and techniques—it was good. They were always very light on their feet,” she said.

“I love it, they are all so good. They are great, they are very well coordinated, … love the choreography as well.”

Founded in 2006, New York-based Shen Yun has seen rapid growth—now with four companies, each featuring some 100 performers, performing around the world.

As a part of its 2015 world tour, Shen Yun is visiting over 100 cities on five continents. Saturday night’s performance in Hamilton is the first of the company’s 30 shows scheduled in eight cities across Canada this season.

The company’s mission is “to revive the true, divinely inspired culture of China and share it with the world,” as stated on the Shen Yun website.

Classical Chinese dance, which contains the deep cultural traditions of China, is at the heart of Shen Yun’s performances, and as one of the most expressive and rigorous art forms in the world, it is known for its incredible flips and spins as well as its gentle elegance, the company explains on its website.

The piece titled “Sleeves of Grace” was one that Ms. Arnot found the most memorable, featuring lovely maidens gliding on a lotus pond in a gentle dance, creating ethereal patterns in the air with their long silken sleeves.

“Very long sleeves,” Ms. Arnot said. “I love that because it brought another element to dance as well. It wasn’t just about the body movements; it was about everything incorporated as well. It was good, very entertaining.”

“It’s very comical, animated,” she added, noting the humour and light-heartedness expressed through some of the story-based dances.

Ms. Arnot also noticed the spiritual essence of traditional Chinese culture that came through in the performance, originating from the ideals of Confucianism, Buddhism, and Daoism.

“It was meant to be very peaceful cultures,” she said, noting that the values that stood out her were “compassion, peacefulness, serenity.”

Shen Yun performs for the sixth season this year in Hamilton. In addition to greetings from Governor General David Johnston, Prime Minister Stephen Harper, and other government dignitaries at the federal level, the company also received greetings from several local government leaders, including MP for Hamilton East-Stony Creek Wayne Marston and the mayors of Hamilton, Burlington, and Brantford.

“We are honoured to have the number one in the world, Chinese classical dance and music show, Shen Yun Performing Arts in our Hamilton Place Theatre,” wrote Hamilton Mayor Fred Eisenberger.