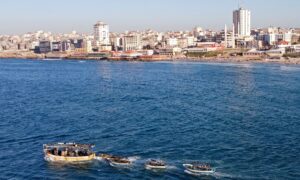 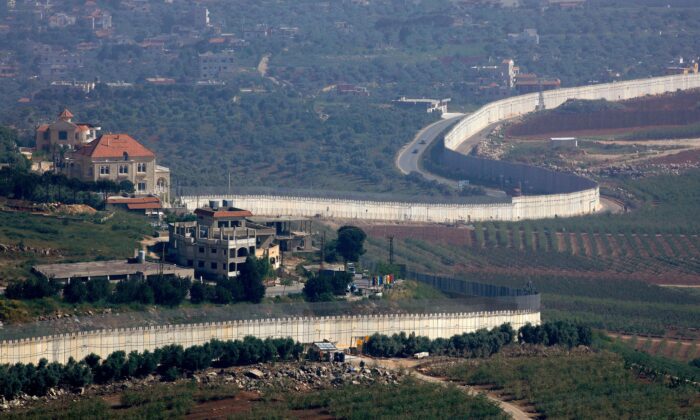 The Israeli border wall with Lebanon is shown near the northern kibbutz of Misgav Am, Israel, on April 28, 2021. (Jalaa Marey/AFP via Getty Images)
Middle East

JERUSALEM—Israeli forces brought down a drone belonging to the Lebanese Hezbollah group that crossed into northern Israel from Lebanon on Tuesday, the Israeli military said.

In a statement, the military said that earlier in the day troops had located another Hezbollah drone that also had been downed along the border with Lebanon several weeks ago.

The statement did not say what means were used to bring the two drones down.

“We will continue to operate in order to prevent any attempt to violate Israeli sovereignty,” the statement said.

Israel has acknowledged several incidents in recent years in which its own drones have been lost during missions along the Lebanese frontier, with Iranian-backed Hezbollah claiming to have shot them down.

Hezbollah, which fought a war with Israel in 2006, is the dominant presence in Lebanon’s south near the border with Israel. The militant group has vowed to bring down Israeli drones breaching Lebanese airspace.