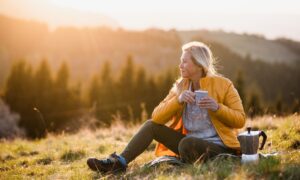 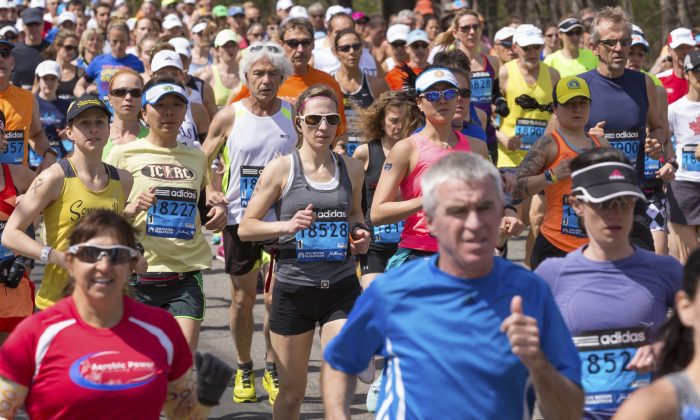 Is Your Fitbit Lying to You?

The more exercise you do doesn't necessarily equal the more calories you burn, new study finds.
By ResearchGate
Print

Our bodies adapt to anything above a moderate level of exercise and stop increasing daily energy expenditure, says a new study published today in Current Biology. The researchers found that exercising heavily won’t help you lose weight as our bodies make up for higher physical activity by conserving energy in other ways. Herman Pontzer, of City University New York, was inspired to create the study when he was working in Tanzania among the Hadza, a group of traditional hunter-gatherers. He discovered that, despite their very active lifestyles, they burned a similar amount of energy per day as people living more sedentary, modernized lives in the U.S. and Europe.

We spoke to Pontzer to discuss the study further and to find out what the ‘sweet spot’ for physical activity could be.

ResearchGate: What were the key findings from your research into the effect exercise has on energy expenditure?

RG: Can you explain your study’s design?

RG: What is actually happening in our bodies to make them adapt to higher activity levels and avoid additional energy expenditure?

Pontzer: We aren’t exactly sure – we weren’t able to investigate these mechanisms in the study. However, other studies point to two possibilities: 1) People may adjust their behavior so that they rest more completely and effectively if they experience higher activity levels. For example, they might sit instead of stand, or they might not fidget. 2) Most of the calories we burn each day – even among very active people – are spent by our cells doing the millions of unseen tasks that keep us alive, such as transporting nutrients and waste or controlling electrolyte balance. This includes the normal daily functioning of our various organ systems. It would only take small decreases in the energy devoted to these tasks to accommodate increased energy expenditure on physical activity.

We want to investigate these two possibilities in future work. Both could be happening at the same time – it doesn’t have to be just one or the other.

RG: You mention there might be a ‘sweet spot’ for physical activity, between a sedentary and active lifestyle. Can you explain what you mean by this and how much exercise people need to do to get to this ‘sweet spot’?

Pontzer: This is one of the exciting possibilities suggested by this study. On the very low end of activity – people who are very sedentary and don’t get any exercise – their energy expenditures are low, and this may contribute to health risks. At the very high end of activity, really extreme exercise regimes or really intense physical work requirements, the body is working so hard to adjust, and make room for the activity energy expenditure that important functions (immune response, for example) are sacrificed. In the middle, there could be a sweet spot where you are doing just enough activity so that the body doesn’t have extra energy to waste on activities that might be harmful, such as inflammation. This ‘sweet spot’ is probably a very wide range of activity levels – not a precise, elusive target.

RG: Can you explain what happens to people’s weight when they drastically change their exercise levels and move from, for example, highly active to moderately active?

Pontzer: It could result in weight gain initially, until their body adjusts (that can take several weeks). But eventually, we would expect their daily energy expenditure to be the same as before.

Do Fitness Trackers Make You Fitter?

RG: What does this study mean for the importance diet plays in losing weight?

RG: How does your research relate to what we’ve heard about elite athlete’s eating habits, including Michael Phelps’ 8,000-10,000 calorie per day Olympic diet, which he claimed he needed to fuel his intense workouts?

Pontzer: Well, firstly I’m not sure how accurate those estimates are – I’ve never seen a real scientific study of them. What I can say is these huge calorie intakes are often done during periods where the athlete is trying to add weight – specifically, muscle – so it makes some sense that food intake would be higher than expenditure. Additionally, athletes at that level are far, far beyond the normal range of human activity. It’s possible that they have pushed their bodies beyond the ability to adapt. Finally, it’s also possible that the people who are able to compete and win at that extreme level represent the very, very few people with exceptional metabolisms that allow them to have extremely high energy throughputs.

RG: People are increasingly using wearable technology such as Fitbits and apps to track their daily energy expenditure. Can you comment on the accuracy of such technologies?

Pontzer: Our results suggest we should be a bit skeptical of those daily calorie estimates. Those devices assume a very simple, one-to-one relationship between activity and daily energy expenditure, which our study shows isn’t accurate.