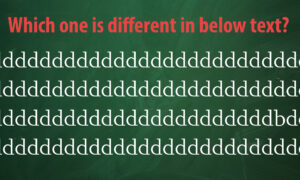 How Quickly Can You Find the 'Odd One Out' in This Mind-Boggling Picture Puzzle?
0
Share Now
TelegramFacebookTweetEmailTellMeWeReddit
Copy Link 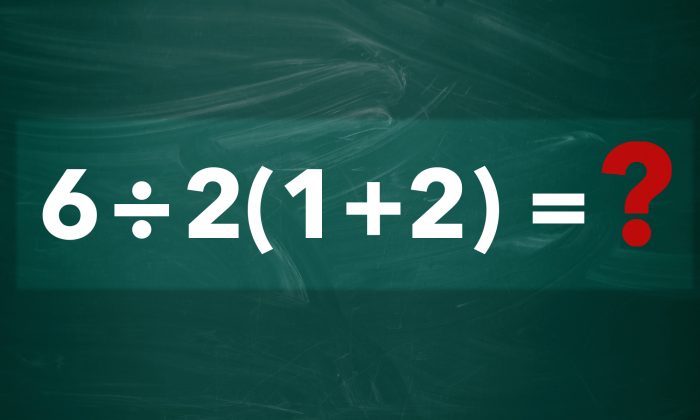 Is the Answer One or Is It Nine? Simple Math Problem Is Causing Complicated Debate

Can you solve this seemingly simple math question? It may look easy, but it’s been the subject of hot debate. Don’t worry if you’re a bit bewildered that there’s a so-called second answer; scores of people across social media networks including YouTube are equally puzzled by the division of understanding.

You may assume that this simple math problem should be a piece of cake! Well, yes … and, not quite. Since Presh Talwalkar’s explanation of the equation was uploaded in 2016, the innocent-looking question has generated thousands of comments, and it’s still being debated over, even as of yesterday.

Despite strong opinions on both sides, according to Talwalkar, who majored in Mathematics and Economics at Stanford, “there is another answer that you could argue from a historical perspective.”

First, let’s see what answer you got. Is it 9 or 1? If you got some other result, then you’re certainly wrong. But if you’ve got 9 or 1, then welcome to the great dispute! Of the many people who “solved” this problem, they’ve been divided by these two answers. But how can that be? Isn’t mathematics a world where problems have one definitive answer?

According to Talwalker, “The order of operations did have a slightly different understanding in certain texts in 1917, or before.”

This video on YouTube has garnered over 12 million views, and some users still aren’t able to figure out the right answer.

While another wrote: “I got 9 According to my legend “PEMDAS” Edit: many ppl don’t know how to pemdas so Lemme say it’s more accurate to say “Gemdas” Grouping, Exponents, Multiplication/Division left to right, Addition/Subtraction left to right. Paranthesis in this equation is used as MULTIPLICATION not grouping.”

However, this YouTube user wrote: “The answer is “ONE.” It has always been “ONE.” From the time mathematics started it was “ONE,” wrote YouTube user DCH Lakewood. “This is right out of Orwell’s “1984.” We are all doomed!”

Here is an explanation of how to solve this tricky equation:

Fortunately, there is nothing wrong with mathematics. If you could prove that this simple equation has two answers, you may just undermine the whole foundation of mathematics. But then again, here we have an exceptional circumstance.

Actually, the problem with this equation is quite simple. First, let’s recall the order of operations from school, or PEMDAS, as it’s called. First parentheses, then we have 6÷2*(1+2)=6÷2*3.

However, it all boils down to the definition of the division symbol “÷.” In some historical books, it was understood that you should divide by the entire product on the right of the symbol. Hence 6÷2*3=6÷(2*3), results in 1. But this is believed to be an outdated definition.

So, in light of such different understandings, the whole problem can now be perceived as a notational problem and less of a mathematical one. The mathematical play begins once the definitions are set. If we’re not on the same page of definitions, then such ambivalent problems emerge, for one equation will then yield multiple results—and multiple opinions.

So the correct answer is 9. Those who got this, give yourselves a pat on the back.

Well, it’s all good fun and games in the end though, wouldn’t you say?