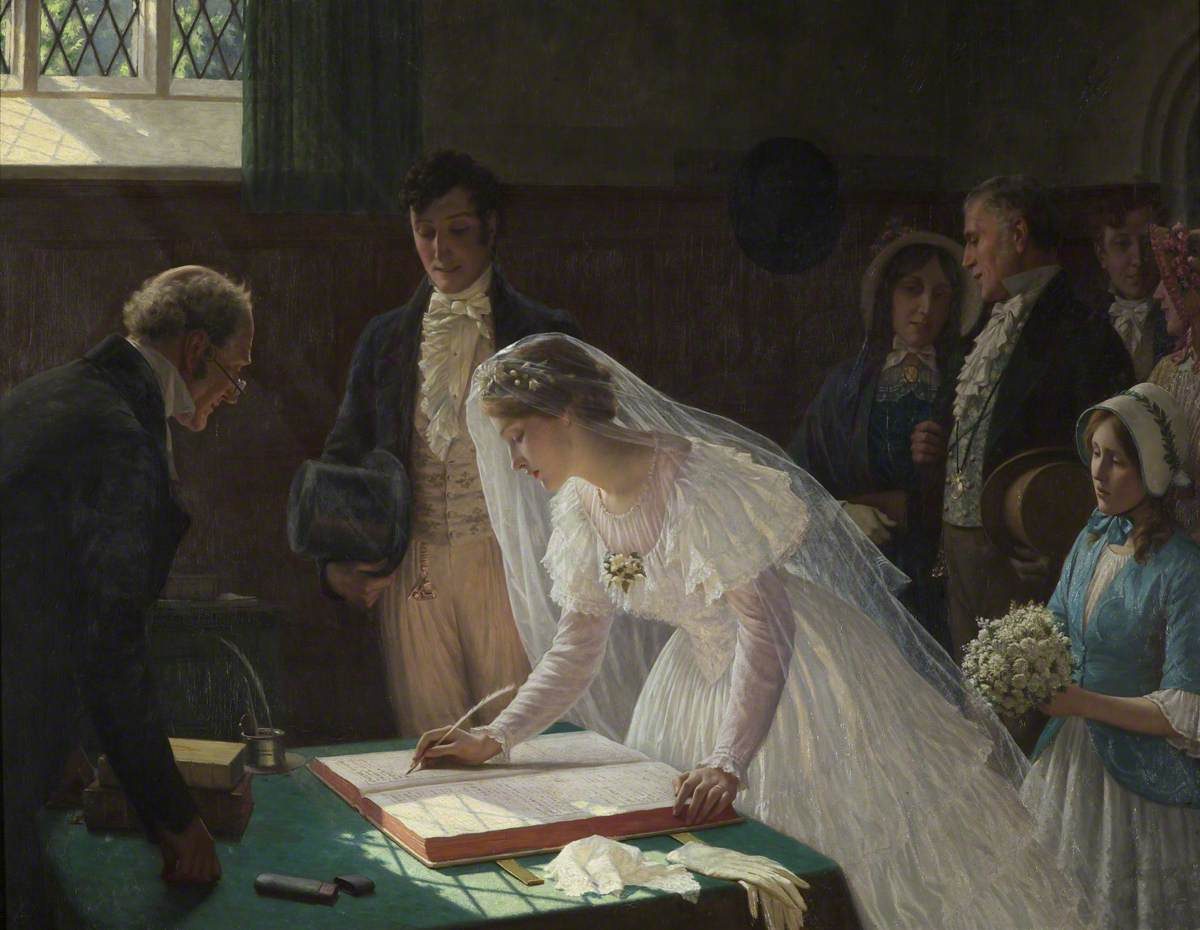 Is Marital Happiness in ‘Pride and Prejudice’ a Matter of Chance or Character?

Finding a spouse has long been among the most commonplace activities and yet, at the same time, shrouded in mystery. “How did you two meet?” is a question often asked of couples. “How did they end up together?!” is one we may have wondered about others.

Achieving marital happiness has almost become an industry. It is not surprising that it is the central concern in Jane Austen’s pinnacle work, “Pride and Prejudice.”

In an early scene, Austen gives us a conversation between the protagonist Elizabeth Bennet and her good friend, Charlotte Lucas. Charlotte states, “Happiness in marriage is entirely a matter of chance. … It is better to know as little as possible of the defects of the person with whom you are to pass your life.”

It just so happens that Charlotte ends up passing her life with the most ridiculous and innocently self-centered character in the book: Mr. Collins. Somehow, we’re not sure if we should pity her or think it serves her right.

Is Marital Happiness a Matter of Chance?

I would say yes—and no. There may be a generous portion of chance involved in meeting and engaging the affections of a marriage partner, but there is much that a wise person can do to reduce the chance of marital strife. The foremost being to select a virtuous person of good character.

Young ladies during England’s Regency period could only do so much to put themselves in the way of a good husband. The plot and theme of “Pride and Prejudice” largely center on the project of marrying well, set forth in the delightful first sentence of the book: “It is a truth universally acknowledged, that a single man in possession of a good fortune, must be in want of a wife.”

With five grown daughters and their estate entailed away to a distant male relation, Mrs. Bennet’s preoccupation with marrying off her daughters is somewhat understandable. She is of great hope, however, because her daughters are widely considered beautiful, and she herself raised her own social level by catching a gentleman by means of her good looks. It is lucky for her that she was not relying on her character and that Mr. Bennet did not think to look beyond her pretty face!

Austen reveals that looks, accomplishments, social level, parentage, and circle of acquaintance are all factors in the courting game. But fortune, or lack thereof, seems to be the primary consideration for most of the characters in securing a spouse. With little to offer financially, a young woman must hope that her other attributes and a portion of good luck will fill the gap.

It’s not only women this affects, either. As Colonel Fitzwilliam, a younger son of an earl, admits, “Younger sons cannot marry where they like. … there are not many in my rank of life who can afford to marry without some attention to money.”

With all this concern about marrying up financially, where does the question of actual happiness come in? It comes up in the conversation with Elizabeth in which Charlotte expresses her opinion that happiness in marriage is a matter of chance, insisting that, “If the dispositions of the parties are ever so well known to each other, or ever so similar beforehand, it does not advance their felicity in the least. They always continue to grow sufficiently unlike afterwards to have their share of vexation.”

On the other hand, Elizabeth is vehement that the character of the person must be determined in order to make a good choice.

The character of the spouses is at the core of marital happiness. Elizabeth has her convictions tested throughout the story, being presented three suitors whose characters she must decipher. Is it mere chance or careful investigation into the inner content of the person that guides her choice and determines Elizabeth’s future felicity?

The question of chance and character among suitors brings to mind the test of caskets to win fair Portia’s hand in Shakespeare’s “The Merchant of Venice.” The casket of gold, bearing the inscription “Who chooseth me shall gain what many men desire,” drew the vain, but yielded not Portia’s hand. Rather it contained a skull of death and the message, “All that glisters is not gold. / Often have you heard that told. / Many a man his life hath sold / But my outside to behold.”

The casket of silver offered this clue: “Who chooseth me shall get as much as he deserves.” Inside it, the disappointed suitor found a jester’s face, showing that it is the fool who picks what he thinks he deserves.

The third casket is lackluster lead, bearing the warning, “Who chooseth me must give and hazard all he hath.” In choosing this humble casket, the suitor found himself worthy to be Portia’s groom.

The casket test appears to be a game of chance, but is in reality a sifter of character designed by Portia’s father.

Elizabeth is pursued by three men. Handsome Wickham flirts with her, drawing her in to a false image of himself. Slowly, she apprehends his true character and is revolted by him. Elizabeth’s superficial youngest sister, Lydia, with visions of red-coated officers dancing in her head, falls for the glistering Wickham, bringing near ruin to her family.

The unctuous Mr. Collins makes Elizabeth an offer of marriage that is completely focused on his reasons for desiring marriage and why he has chosen her. For him, it is simply a matter of what he deserves, without consideration of her desserts or desires. Him, she flatly refuses.

But Charlotte, in keeping with her beliefs about marriage, put herself in the way of this wife-seeking buffoon, fulfilling the silver casket’s inscription, getting as much as they each deserve.

Charlotte’s own reflections on her situation may excuse her self-inflicted life sentence. “Without thinking highly either of men or of matrimony, marriage had always been her object; it was the only honourable provision for well-educated young women of small fortune, and however uncertain of giving happiness, must be their pleasantest preservative from want. This preservative she had now obtained; and at the age of twenty-seven, without having ever been handsome, she felt all the good luck of it.”

Elizabeth’s third contestant in the game of love is the misunderstood and brooding Mr. Darcy. It is only through the gradual unveiling of his character that she comes to see that he, who at first seemed lackluster lead, is the one willing to “give and hazard all he hath” for her love, and thus he wins her heart—and hand.

Having the good luck of being the object of Mr. Darcy’s persistent love and the guarantee of his excellent character, Elizabeth’s chance of happiness in marriage is likely to beat the odds given by Charlotte. By observing his character through tests that circumstances provide, she knows him to be good and virtuous to his core.

While spouses may change over time in superficial ways, the essentials remain constant. A virtuous man, generally remains so. While one may hope for the conversion of a scoundrel or a fool, it is not worth banking on.

It is no surprise that “Pride and Prejudice” has remained a favorite for over two centuries. It provides not just a happily-ever-after ending, but several. And even more satisfying endings, if not entirely happy in each case. Almost everyone got what they hoped for in marriage.

Elizabeth and Jane both enter marriage with handsome men of good character—in possession of large fortunes. Mrs. Bennet is over the moon with three daughters married. And she will very likely get her wish that the remaining two daughters will benefit from being “thrown in the path of other rich men.”

Lydia and Charlotte found just the sort of marital situation they sought, and each seems satisfied.

To crown these happy resolutions, Austen allows us to gloat over the two “well-bred” characters who remain utterly unsatisfied. The bossy and snobbish Lady Catherine De Burgh and the arrogant mean-girl Caroline Bingley are left to sulk over unlikely Elizabeth’s achievement in engaging Mr. Darcy’s love while all their designs on him for their own purposes have come to naught. It warms the heart. 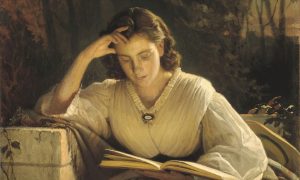 BooksBy Susannah Pearce
Great Books I Wouldn’t Want to Be In (And Some I Would!)
07-2-2019
sharecomments 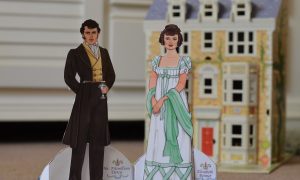 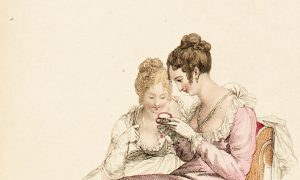 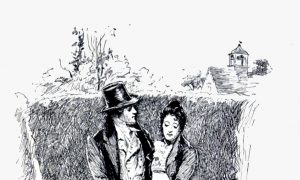