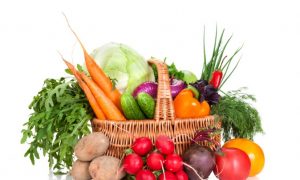 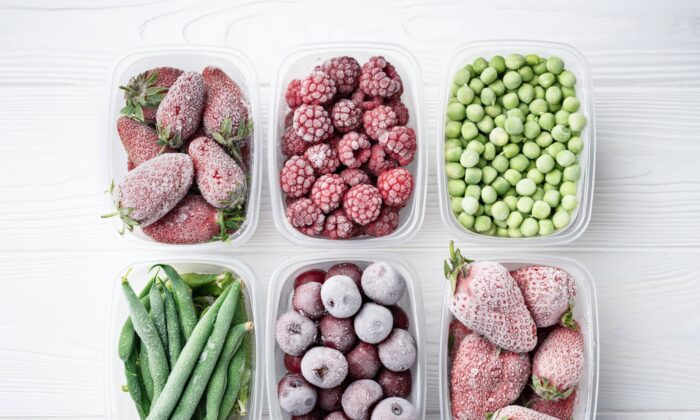 Frozen fruits and vegetables are picked and frozen when they’re in sea- son, which can cost less than buying out- of-season produce. (SerPhoto/Shutterstock)
Mind & Body

If you’re like me, you may think of the food in your freezer as second rate, a fallback choice when you can’t think of what to make or didn’t get to the grocery store. I’ve always thought that frozen food was just not as good as fresh, so I did a little research, and what I found was surprising.

In some cases, frozen food is actually healthier than fresh. Wait, what? It’s true; while just-picked fruits and vegetables are the best, frozen produce can be just as nutritious, and sometimes more so than fresh. That’s because unless you have your own garden or buy from the farmer’s market, the produce you buy has been harvested before it’s fully ripe. It’s then packaged, transported, and stocked at your grocery store.

The reality is that produce typically loses most of its nutrients, such as vitamins and minerals, in the first three days after it’s been picked. By contrast, frozen produce is picked when it’s ripe and flash-frozen within hours of being harvested. A 2013 study looking at the nutritional value of fresh and frozen produce found that both were nutritionally similar on the day they were purchased. However, after five days, the frozen food actually had higher levels of vitamin A, vitamin C, and folate than the produce kept in the refrigerator.

Here are a few other things you may not know about frozen food:

You can refreeze frozen food that’s been thawed. This is true, but only if the food was thawed properly in the refrigerator—not sitting out on the counter. Food that’s been thawed by sitting out rapidly produces bacteria that can make you sick, so this is actually never a good idea. But it’s good to know that if you’ve properly thawed a frozen item and then changed your mind, it can go back into the freezer. Refreezing may change the flavor or texture, but it’s safe to eat.

While we’re talking about bacteria, you should know that freezing doesn’t kill it. While ideal conditions for bacteria are between 40 and 140 degrees F, freezing bacteria just makes it inactive. If there was bacteria present in your food when you put it into the freezer, it’ll still be there when you thaw it out.

Frozen food doesn’t expire. That’s right, you may find a package of frozen peas or corn buried deep in your freezer from a decade ago, and if it’s been stored properly, it would be okay to eat. Would I eat it? Probably not, but it wouldn’t make me sick. Chances are that the quality and flavor have taken a hit, but the point is that foods that are frozen properly can be eaten months and even a year or more after they were put into the freezer.

How do you freeze properly? Some simple guidelines include making sure your freezer is at least 0 degrees F or colder, allowing cooked foods to cool before freezing them, and wrapping foods to be as airtight as possible to avoid freezer burn.

Frozen foods can save you money. Frozen fruits and vegetables are picked and frozen when they’re in season, which can cost less than buying out-of-season produce. In addition, freezing food can help reduce food waste. Instead of tossing those leftovers that you won’t eat for a couple of days, you can toss them into the freezer. You can also freeze in small or single portions.

One word of caution. While frozen produce tends to hold onto its nutritional value longer than fresh, some packaged frozen vegetables and many frozen meals can be high in sodium. The good news is that today food manufacturers are listening to the demands of consumers who want low-sodium, low-calorie, whole-grain, and plant-based frozen meals. The bottom line is that fresh or frozen, you need to read the label.

Don’t get me wrong; during the summer I eat most of my produce from a shared community garden. However, when there’s more than we can eat, I won’t hesitate to put batches of pesto or loaves of zucchini bread made with ingredients from the garden into the freezer to enjoy at a later date. I now know that if frozen correctly, these foods are as nutritious in January as the day I froze them back in August.