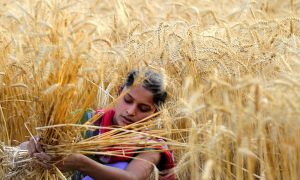 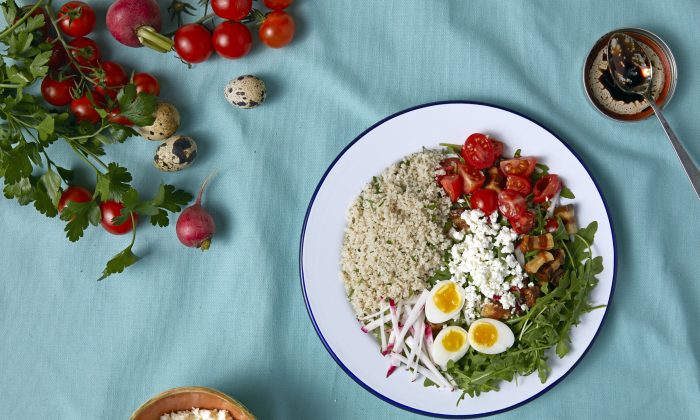 Fonio cooks up light and fluffy, a versatile ingredient to fold into a variety of dishes. (Courtesy of Yolélé Foods)
Food & Dining

Is Fonio the New—and Improved—Quinoa?

With the help of chef-entrepreneur Pierre Thiam, this ancient grain from West Africa is poised for a comeback
By Ruth Tobias
biggersmaller
Print

Prior to the spring release of the schedule for the third annual Slow Food Nations (SFN) conference, held mid-July in Denver, Colorado, I had never heard of fonio. No doubt very few people outside the farming communities in the Sahel region of Africa, where the ancient grain is grown, ever have. But as the founder of Yolélé Foods, Pierre Thiam is working tirelessly to change all that—and soon.

You couldn’t dream up someone better suited to the task. Born in Dakar, Senegal, the New York-based chef built his name incorporating African flavors into restaurant menus around the city before opening fast-casual Teranga in Harlem earlier this year. He’s authored two well-received cookbooks devoted to the recipes of Senegal, with a third—a primer on fonio—dropping this October. And his compelling TEDTalk about the grain has been viewed more than a million times.

Now this ambassador of West African cuisine is creating a supply chain to ensure its discovery by the rest of the world: Yolélé Foods’ fonio is available for online purchase now, as well as in some grocery stores on the East Coast, and it will be sold at Whole Foods across the country by next year.

I had the rare opportunity not only to hear Thiam speak at his SFN seminar, “A Taste of West Africa,” but also to interview him onstage during his cooking demonstration, “Fonio, the Ancient Miracle Grain,” where he passed around a cup for the audience to examine.

“It looks like sand,” he pointed out. “It’s tiny, but this grain can make a lot of change in the part of the world where I’m from.”

Here’s what you need to know about fonio.

“This is probably the oldest cultivated grain in the African countries,” Thiam said, estimating that it has served as a food crop for some 5,000 years. “For perspective, quinoa has been cultivated for 3,000 years.”

Its longevity speaks to its paramount utility in the Sahel, an area south of the Sahara Desert that “extends from Senegal all the way to Djibouti, from West to East Africa,” according to Thiam. “That whole area is dry, nothing grows, and fonio thrives in that region.”

In fact, it grows with supreme ease. In addition to being drought-resistant, Thiam said, “it’s called ‘the lazy farmer’s crop,’ because all the farmers have to do is wait for the first rain, and then they throw the fonio seeds on the ground. They don’t need to prepare the soil, they just throw it.” After two months, it’s ready for harvest: “It’s one of the fastest-maturing grains, if not the fastest.”

Boasting a nutty, earthy flavor, it’s also very nutritious, Thiam said, being low on the glycemic index yet rich in fiber, iron, and other minerals as well as two amino acids—cystine and methionine—that are “deficient in other major grains.” Hence fonio’s other nickname, “the hungry rice.”

“There are so many challenges that these farmers are facing, but if the rainy season is not good, they know that at least one rain can guarantee them a harvest of fonio,” Thiam said. “It’s important for the survival of this region.”

The Future of Fonio

How can a crop with such promising implications for the future of sustainable agriculture be so little-known? Thiam first began to ask that question while traveling across Senegal to research his second cookbook.

“In the southeast, it’s a key ingredient, the food that you give to guests of honor,” he said. “But when you go to cities like Dakar, people don’t know fonio.” French imperialism is partly to blame, he said. “With colonization, there’s this brainwashing that happens—you don’t value what you have, and we started to import our food,” including wheat. (As he half-joked, “In Senegal, we get the best baguettes, probably better than in Paris.”)

But historically, there have been practical as well as cultural impediments to the large-scale production of fonio. “Though the growing is easy, the processing is tedious,” Thiam said. “There’s an inedible skin around the grain that has to be removed; imagine removing the skin [the chaff] of a tiny grain like that. Traditionally, the women would do it with a mortar and pestle, but it can take two hours to process one kilo [about two pounds] of fonio that way.”

With Yolélé Foods, Thiam has committed himself to not only preserving but improving the practices of fonio growers in the Sahel region. To counteract “the big land grab by corporations” occurring throughout Africa, he said, there’s another, more sustainable way to develop a market in which locals have a stake: “We’re working with small farmers and cooperatives who are doing all the first steps of the process—the cleaning, the separating from the chaff—and we’re buying their fonio at a fair price.”

Because so few of them are equipped to process it to meet U.S. standards, the company is building state-of-the-art, FDA-compliant mills that, along with helping to finance increased production for their farmers, are “really changing everything,” Thiam said. “Once it’s processed, we can expand the return for them. That’s the dream. We are quite close to achieving it.”

At the Global Table

Of course, consistent supply is irrelevant without commensurate demand, but Thiam sees great potential on that score.

“In New York, I see a huge demand for ancient grains, gluten-free grains,” he said. “Consumers are yearning for diversity in their diet; they’re tired of corn and rice and wheat and soy. They want things that are nutritious and also good for the planet.”

They also want things that are easy to prepare. In founding Yolélé Foods, Thiam said, “Another motivation for me as a chef was that fonio is a dream ingredient. It cooks in five minutes, and it’s so versatile. There’s a saying among the [West African ethnic group] Bambara: Fonio never embarrasses the cook.”

Thiam proved it during his talks by preparing both salmon-fonio croquettes in tamarind-ginger sauce and a salad of fonio tossed in olive oil and lime juice with mango, tomato, cucumber, red onion, and fresh herbs. He described more traditional applications as well: Often served with stew or in peanut or okra sauce, fonio may also appear as the base for Senegal’s national dish, paella-like thieboudienne.

But having showcased it in everything from breads to sushi, he said, “You can do anything with it, replace any grain in any recipe. It’s a grain that really transcends borders.”

At least that’s the goal for his company.

“’Yolélé’ means ‘let the good times roll,’” Thiam said with a laugh. “I chose it because it’s a Fulani word,” a reference to one of Africa’s (and the world’s) largest nomadic groups: “I want this food to transcend the borders like the Fulani do.”

For more recipes, visit the Yolélé Foods website at YoleleFoods.com or pre-order “The Fonio Cookbook: An Ancient Grain, Rediscovered.”

Ruth Tobias is a longtime food and beverage writer based in Denver. To learn more about her and her work, visit RuthTobias.com or follow her @denveater on Twitter and Instagram.