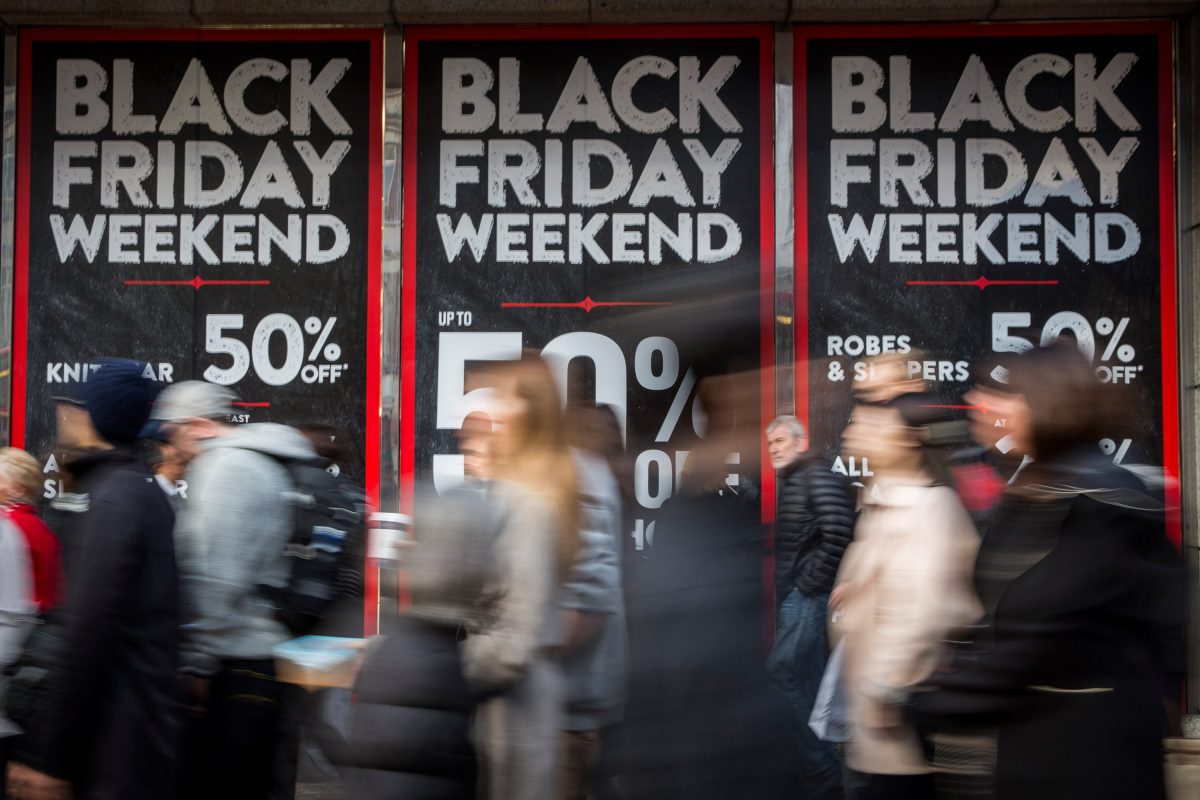 Black Friday is the “traditional” start of the holiday shopping season, when hordes of eager consumers line up outside retailers in the wee hours to ensure they don’t miss out on steeply discounted televisions, faded jeans and smartphones. Fistfights over printers are known to occur.

But has Black Friday, which occurs the day after Thanksgiving, lost its luster as more retailers downplay its significance as just another Christmas shopping day, pulling the holiday season further away from its traditional moorings in December? And as consumers expect steeper discounts earlier in the year, what does that mean for retailer profit margins?

The True Meaning of Black Friday

Once upon a time, the Christmas season—with all its lights, mangers, music and sales—began only after we had time to digest our Thanksgiving turkeys. And that gave Black Friday special significance as its official start.

Black Friday’s origins are murky, with the first recorded use of the term in 1869 to refer to a crash in the gold market that sank the stock market. An oft-cited story claims it refers to the day when retailers are finally in the “black” (profitable) for the year.

The last two months of the year typically account for 20 percent of retailers’ annual revenues and as much as a third of their profits. Nonethless, the story is considered inaccurate and more of a marketing myth.

The “true story,” according to the History Channel’s website, is that police in Philadelphia used the term to describe the chaos that descended on the city as suburbanites poured in for the post-Thanksgiving Army-Navy football game.

Regardless, the day’s importance is increasingly fading as “Christmas creep“—referring to businesses exploiting our holiday spirit before the holiday really begins—gets earlier and earlier every year.

Many retailers, such as Walmart, Target and Best Buy, started their seasonal promotional and discount shopping strategies in October or even earlier.

More broadly, retailers are downplaying the significance of Black Friday, often still offering the especially steep discounts to lure customers but also on the day before and, in Walmart’s case, online for the first time.

The retailer says its efforts to lessen the significance of the single day is aimed at public safety: a Walmart employee was trampled to death in 2008 after shoppers rushed the doors at a store in New York state.

But it’s also a reflection of the reach of the internet and that more people will be tackling their Christmas shopping lists online. (A recent survey claimed more than half of respondents plan to do a majority of their holiday shopping on Amazon.com.)

Clothing retailer Gap, another company jumping on the bandwagon, informed shoppers a week ago that “Black Friday Starts Now,” and many other retails did the same thing, diminishing the day as a “promotional hot button.”

But before we kiss goodbye to Black Friday as the herald of the traditional shopping season, a few retailers are fighting back or trying something entirely different—in part to protect their thinning margins.

Nordstrom, for example, is holding tight to its long-standing policy of not putting up holiday decorations until the day after Thanksgiving.

The Seattle-based clothing retailer has also cut the number of “clearance” events—days with promotional markdowns—by 20 percent this year than a couple of years ago and will trim it by another 25 percent in 2016.

REI, on the other hand, is trying an entirely different tack. It says it will close on Black Friday and give its staff the day off to enjoy the outdoors.

But how far they can go in fighting this trend and resisting heavily discounting items in the face of heavy competition isn’t clear, given how pre-conditioned consumers are to the seasonal promotions.

Retailers with overstocked inventories have little choice but to move product, even if they have to lower prices, even as the need to protect margins and profits grows in a bumpy economic environment. Balancing each will be a genuine challenge with a fair amount of risk in getting it wrong.

A recent PricewaterhouseCoopers survey indicates that about 87 percent of consumers are considering price the primary driver of their purchase decisions—particularly households making less than $50,000 a year—up three percentage points from last year, while a still-weak recovery suggests people will remain stingy about how they spend their money.

Forecasts for holiday sales growth, meanwhile, have been mixed. Market research firm NPD says this season may slow the slowest year-on-year growth since 2009, or about 3 percent, while eMarketer expects a 5.7 percent jump in sales, the most since 2011. The biggest increases are seen in online sales, which are expected to account for about 9 percent of total sales, up from 8.3 percent in 2014, thanks to the growing importance of Cyber Monday, the first business day after Black Friday.

In the end, whatever the original origins of the phrase, all that really matters to retailers is whether Black Friday and the rest of the holiday shopping season will in fact put them in the black—or leave them in the red.

George Cook is an executive professor of marketing emeritus at Simon Business School, University of Rochester. This article was previously published on TheConversation.com