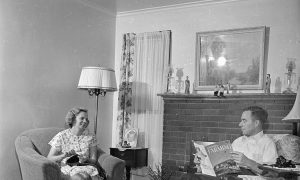 The War Against the Family
0
Share Now
TelegramFacebookTweetEmailTellMeWeReddit
Copy Link 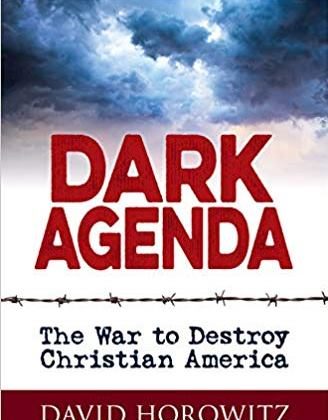 Is America Losing Its Soul?

If you haven’t read David Horowitz’s latest book “Dark Agenda: The War to Destroy Christian America,” you should.

Horowitz exposes not only the progressive war against Christianity, but also a war against America and its founding principles, which, he says, are Christian in origin. Thus, he sounds the alarm that the rising attacks on Christians and their beliefs threaten all Americans—including agnostic Jews like himself.

Christian principles were the very basis of the American Revolution and its founding principles, and Horowitz sees the anti-American left as having targeted Christians for that reason. Progressives, after all, view American society as a system of oppressive hierarchies based on race, gender, and sexual orientation that need to be overthrown. Their collectivist ideology, rooted in Marxism, is opposed to the American ideas of individual rights, individual accountability, and individual equality.

Horowitz is an American conservative writer with unusual firsthand insights into the threat to American values. His parents were American communists, and early in his career, he was an outspoken adherent of the New Left, publishing several works on the subject.

Later in life, he began a process of re-evaluation, rejected his previous ideas, and became a conservative. In 1988, he founded the think tank David Horowitz Freedom Center.

Here are a few salient points that Horowitz discusses to show the ominous attacks on American ideals.

Horowitz is against the Supreme Court using an interpretive approach to the Constitution. This approach allows judges to exercise policy-making far removed from the proper judicial role. It is the legislative branch, Horowitz argues, that gives the people their voice, not unelected judges.

Policy-making decisions, relying only on current understandings of the law, allow our constitutional rights to be sacrificed to political correctness.

Horowitz discusses three cases in detail to show how the Supreme Court has been transforming America.

Engel v. Vitale was the first in a series of cases that challenged the role of religion in public schools. The Supreme Court ruled that voluntary prayer in public schools violated the U.S. Constitution’s First Amendment prohibition of a state establishment of religion.

Horowitz calls this decision the creation of a “constitutional right” that had never existed before—the right of a nonbelieving minority to deny the majority of Americans their right to express their belief in God while at school.

Horowitz says that, today, with the rewriting of history that has accompanied the Supreme Court decision, most school children are ignorant of the fact that the Pilgrims were Christians fleeing persecution.

The U.S. Supreme Court struck down a law that prohibited birth control because it violated the right to marital privacy. Horowitz argues that the Constitution does not provide the right to privacy; it is only inferred. A questionable right should not be injected into law.

The Roe v. Wade decision was a logical extension of the fight over contraception, because leftists generally viewed abortion as simply another form of birth control.

Horowitz points out the obvious: There is a profound difference between abortion and contraception. Abortion involves another party: the unborn child.

The 1973 ruling divides the entire nation because it involves the sanctity of life itself. Horowitz states that the new right to privacy negated the unborn child’s right to life—and conferred a near-absolute right for a woman to have an abortion without consulting anyone, including the father of the baby.

In an illuminating discussion, Horowitz relates how the spread of sexually transmitted diseases, including AIDS, would have been less severe if appropriate public health measures had been implemented and if misleading information had not been disseminated.

The 1960s in the United States had ushered in a sexual revolution. Gay radicals were determined to do away with traditional religious standards of morality. Out of fear of repercussions from gay activists, health officials basically took a hands-off policy.

The Obama Administration’s Campaign Against Christians

Horowitz contends that the Obama administration was adamant in seeking to stifle religious voices. In August 2011, the Department of Health and Human Services (HHS) issued a federal mandate as part of the Affordable Care Act, which required employers to provide all FDA-approved contraceptives in their health insurance plans, including the week-after pill, free of cost.

The Little Sisters of the Poor, a Catholic organization, said that this law violated their religious convictions. Plus, these were celibate nuns serving the elderly and there was no reason for them to comply. Failure to do so, however, meant millions of dollars in fines. The Little Sisters went to court to defend themselves and underwent years of costly legal battles to defend their religious freedom.

In 2016, when the case reached the Supreme Court, the Little Sisters finally won their First Amendment religious liberty when a unanimous vote by the justices struck down the Obama administration’s case, so weak were its legal foundations.

In addition, Horowitz talks about a growing hostility to religion within the armed services. The Obama administration applied pressure to impose a secular, anti-religious culture on our nation’s military services. As a result, many policies were engineered to erase freedom of expression of Christian faith and religious liberty from the U.S. Armed Forces.

Horowitz believes that Trump is an American patriot who respects America’s religious origins and who has made it clear that religious freedom is a priority for his administration. His bold actions have exposed political divisions that had been deepening for decades.

Interestingly, the last time Democrats mounted such a resistance against a duly elected president was in 1860, when the commander in chief was Abraham Lincoln. Many of today’s mainstream commentators took note and quickly began referring to the partisan conflicts that accompanied Trump’s victory as America’s “Second Civil War.”

These mainstream commentators (mostly leftist) were bewildered by Trump’s success and could not fathom why Christians supported a morally flawed man.

They rarely gave even a nod to the fact that conservatives were fighting a defensive battle to preserve their constitutional liberties and that Trump was the perfect person to lead the way.

America at the Crossroads

Horowitz concludes by saying, “A nation divided by such fundamental ideas—individual freedom on one side and group identity on the other—cannot long endure, any more than could a nation that was half slave and half free.”

Therefore, America is at a crossroads. Horowitz hopes his book will encourage readers to defend their freedoms, religious freedom in particular, before they disappear. As Ronald Reagan said, “Freedom is never more than one generation away from extinction.”