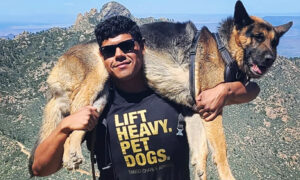 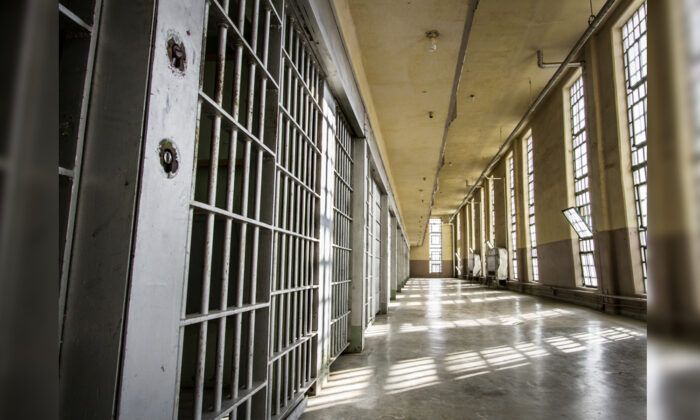 A man in Cork, Ireland, learned of his mother’s tragic suicide while he was in prison, but instead of anguishing over her death, he decided to work on bettering himself. How did he do this? By dedicating himself to learning how to read, for starters.

But his devotion didn’t stop there. Now, at the age of 32, he has become the first person in his family to graduate from college.

In November, Timmy Long graduated from Cork Institute of Technology (CIT) with an honors degree in construction management. His achievement follows another significant achievement: Timmy and his brother, Tommy, overcame addiction together to avoid heading down the same path as their mother.

The brothers told Echo Live that an officer and a priest visited them both in prison to break the news of their mother’s death.

“She had been dead from the night before,” Timmy said. “They were as compassionate as they could be within the confines of their professional integrity.”

“I was brought to Timmy’s cell and saw him crying,” he said. “I knew straight away what they were going to tell me.”

Though the news was heart-wrenching, the brothers had known of their mother’s struggles with addiction.

“Mom did the best she could for us when we were kids,” Timmy said. “But [she] struggled with her mental health a lot which made life very difficult.”

They decided to overcome addiction together; now, they have both been drug-free for years.

While in prison, Timmy also made the commitment to better himself. He was a school dropout and had never learned to read as a child; so, he decided now was the time to learn.

“It was hard,” he told The Irish Examiner. “You’re learning things that kids learn when they are six inside in school but I knew that I needed to educate myself.”

But he said he knew quitting was out of the question: “Because being educated would mean that I wouldn’t have to go back to the old life I had, that crime was a massive part of.”

Timmy’s hard work paid off in the long run. While still incarcerated, he completed a FETAC Level 3 and Level 4, his Leaving Cert, and various personal development courses.

After getting out of prison, he attended college, where he was able to reach Level 6 at St. John’s College, and then later pursued a degree at CIT.

“I started in CIT in a course called craft technology with business, which was a carpentry and joinery course,” he said. “I did two years of that course in CIT and I was able to bridge over then into the honors degree in construction management at Level 8.”

Two years into his degree, Timmy received a professional evaluation from an educational psychologist. He learned that much of his difficulty with reading was due to dyslexia.

He shared: “There was definitely something up with me [as a child] … but back in the ’80s, you were never diagnosed with anything. You were just classified as a ‘disruptive child’ and kept on your own at the back of the class.”

He said the diagnosis made sense; he’d been struggling with forgetfulness and understanding some words but hadn’t known why.

“After I got this examination by the psychologist, it was like, ‘Phew, right that’s the problem now, there’s nothing wrong with me. I’m not stupid. I have a disability, which is dyslexia,’” he said.

Equipped with new understanding and a drive to change his life for the better, Timmy continued his studies and graduated from CIT in an online graduation ceremony earlier this month.

“I wanted my kids to be sitting in the front row watching their dad,” Timmy said, adding that he is the first in his family to go to college.

“So it’s a massive deal for me on a personal level to show my kids and teach them that college is the next step in life if they want to go down that road.”

He points out that much of his success is due to the support of his wife, Nicole.

“When I’d struggle and I’d say it to my wife, she’d say, ‘Keep going, you’re after getting this far, keep going.’ I just kept pushing forward and I started getting a bit of confidence in myself.”

Now, Timmy’s brother is also working to improve his life. He regularly volunteers with the charity Penny Dinners, and he told Echo Live the volunteer work has helped him move forward.

“I was where they were,” he said. “Penny Dinners has done as much for me as I am doing for them.”

Timmy, who has been drug-free for nine years, runs a successful podcast for recovering addicts, called “The Two Norries.”