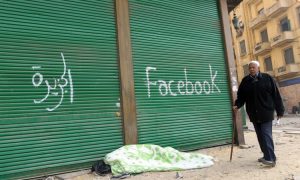 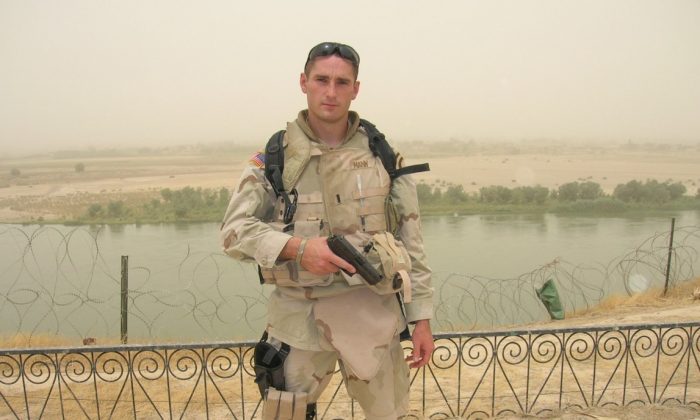 Monroe Mann on his deployment in Iraq. (Courtesy of Monroe Mann)
People

NEW YORK–Sometimes, our greatest dream can seem like a daunting, impossible undertaking. You want to be a successful actor or novelist, but the journey to get there looks too difficult.

One Iraq War veteran is creating a community of people called Break Diving to help you get there. No Rules, No Excuses, No Regrets.

Monroe Mann has an impressive life resume, which started when he was a combat team leader and an intelligence officer in Iraq. After graduating from college in 1999, Mann decided to join the U.S. Army. His father had been a World War II veteran, so Mann had a nascent interest in the military. He also wanted to pursue a career as an actor, but felt he needed to serve his country first before going after his own dreams.

Mann looks back on his time in Iraq fondly. He was a combat patrol leader on 96 missions, served as an intelligence officer, was largely responsible for locating his unit’s second-highest-level target who was in the custody of the Iraqi Army.

He also helped train the Iraqi army during his deployment. He also navigated a convoy of 60 vehicles to Tikrit, Iraq, from Kuwait, without a single wrong turn or being ambushed on the 550-mile journey, which earned him a nomination for a Bronze Star.

“I just loved the fact that there was such a wonderful mission, and I felt like I was doing something really important,” Mann told The Epoch Times.

Understandably, Mann returned to the United States with some psychological scars that manifested as post-traumatic stress disorder and depression. When he initially returned, he found that he would be looking for improvised explosives on the side of the road as he drove, and was convinced in some instances that he’d spotted one. He still jumps if someone drops a glass or slams a door. On a few occasions, he’s called the police after mistaking firecrackers for gunfire.

“My life hasn’t been the same since I’ve been back. Nothing can match that adrenaline rush and the danger that was there for a year. It’s a hard thing to describe,” Mann explained. “It’s an uneasy situation to be in because every day, you’re hearing about people dying.”

Upon returning home, Mann experienced depression. He didn’t know who he was or what he wanted to be after his deployment, which partially motivated him to earn a doctorate in psychology, because he wanted to figure out as much as he could about himself and to help others. His craved the exhilaration and purpose he experienced in Iraq, and wanted to be a part of something larger than himself.

Earning his doctorate in psychology was just part of a decade of learning and academia. Mann previously earned an MBA, a law degree, and two Master’s degrees. He also produced, directed, and starred in a film called “You Can’t Kill Stephen King,” one of the many productions he has been involved in, which allowed him to realize his dream as a filmmaker and actor.

Instead of waiting for opportunities in show business, he created them. He’s also written nine books. For his entire acting career, before and after Iraq, people had been telling him what to do and how to do it. Instead, Mann forged his own path.

Mann wanted to create a community that believed in his creed of “No Rules, No Excuses, No Regrets.” No Rules refers to his belief in bucking the trend and the rules dictated upon you to achieve your dream; No Excuses came from his experience in basic training, and having his drill sergeant yelling the phrase at him to encourage him to finish an arduous march; and No Regrets means if you follow the No Rules and No Excuses facets of his mantra, you won’t have any regrets.

He thought about creating a new type of social network that employed this philosophy, and that would bring people together to help one another find success in reaching their life dreams. Mann believes that current social-media platforms not only fall short of meeting this goal, but actually bring people down.

In an effort to build a helpful, caring, and collaborative community, Mann has launched a social media nonprofit called Break Diving. Mann and a group of volunteers began coding for the site about a year ago, and the platform is almost finished. If all goes to plan, it will launch March 1.

When users join the site, they can join the “dive” or passion they want to pursue. For example, if you want to learn French or you want to become an actor, you join the site and become connected with people who are pursuing the same goal, and others who have experience in those fields. Users have certain levels, depending on their experience, and the idea is that users at a higher level help and mentor those at lower levels. Consequently, people can’t join without helping others succeed, as well.

“We want to create this culture of we will help you if you help others,” Mann explained.

Furthermore, part of the terms of service mandates that users must refrain from any type of bullying or down-talking, as the purpose of the social media platform is to provide a space where people can encourage each other to achieve their dreams.

“Right now, there is somebody giving up on their dream and giving up on their life, and it kills me that I’m not there to give them a pick-me-up. So I’m hoping what I’m doing and what we’re doing through BreakDiving is going to be that solution that keeps people from giving up,” Mann said.

“People underestimate what they are capable of. That’s what the military taught me, that your mind and body trick you into thinking you can’t do something. I want Break Diving to be that reminder to others that ‘Yes. you can!'”