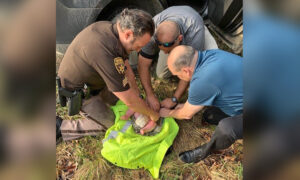 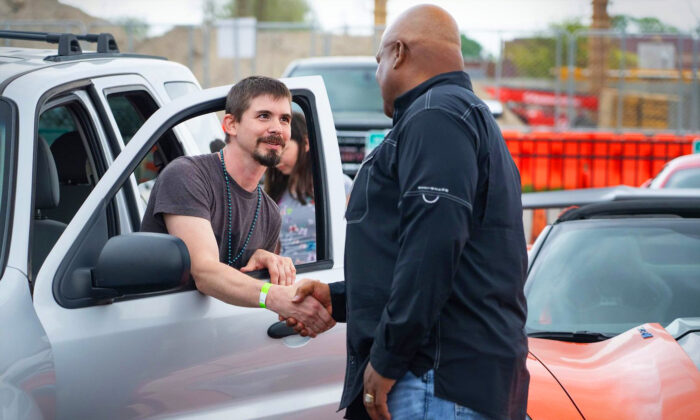 An Iraq war veteran who used to walk four miles everyday for lack of a vehicle was recently gifted a refurbished car by a charity organization.

James Dilks, a father of two, served in the Army Reserves and was later deployed to Iraq between 2003 and 2004.

The veteran, who now has a third child on the way, shared his daily struggles.

“Like I said, I walk to work every day, and I walk her to school,” he told KSHB. “So I’m just excited that we don’t have to do it anymore.”

The car was gifted to him by The Deron Cherry Foundation in partnership with Cars 4 Heroes charity.

The Deron Cherry Foundation provides access to free basic transportation to veterans, active-duty military, first responders, and their families who are unable to obtain it on their own.

After being handed the car keys, James could not hide his excitement.

His wife admitted that the past few years have been very difficult for the family.

The car was refurbished by Cars 4 Heroes, a nonprofit that accepts donated cars and fixes them to help veterans. It gives away about 300 cars each year to families in need.

Terry Franz, founder of Cars 4 Heroes, said that he delights in giving people the freedom to get around and live their lives.

“You never get tired of looking at their faces. The biggest thing is the sigh of relief,” said Franz. “So, it is really not about a prize, but giving them the freedom to go out and do the things they need to do.”

On his side, Cherry encourages others to offer help to veterans who put their lives on the line for their country.

“We have to take care of our veterans—those folks that serve our country. You know they make the ultimate sacrifice,” Cherry said.

“A lot of them are fortunate enough to come home, some of them aren’t. And the ones that come home, they need a little bit of help.”

All the funds raised will be distributed among the five charities that are supported by the Deron Cherry Foundation, including Cars 4 Heroes.