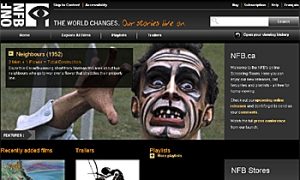 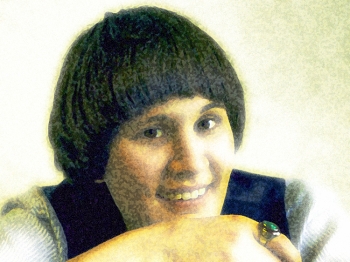 Julie Bee, (Sea of Bees) whose debut album 'Songs for the Ravens' was released in January to critical acclaim. (Heavenly Recordings)
Arts & Culture

By Simon Miller
biggersmaller
Print
Sea of Bees’ debut album Song for the Ravens is a languorous and dreamy work – a multi-textured, psychedelic folk tinged slice of Americana. It was released to critical acclaim on Heavenly Records in January.

Julie Bee – or Jules as she likes to be known – is currently touring the UK with a stripped down, raw and emotional live show. She has an atmospheric voice and acoustic guitar, and frequently punctuates her set with amusing banter with the audience. Her recent Glasgow gig ended in spine tingling brilliance with solo renditions of two of her most moving songs, ‘The Woods’ and ‘Tantrum’.

So how did this all start for this offbeat and charming 25 year old from Sacramento, California?

“The first album took a long time” she explains. “I had no desire to make an album and no idea how to. I’d go to work in the day, come home and party. The process was to play G, E minor, C or D on guitar, then find a melody in my head and start humming it, putting in words about how I felt. I wanted to mesh words with sounds. I see colours; I hear sounds and mesh them with colour.”

Lyrically the album is deeply personal. Though there are melancholy tones, there’s a mix of moods and at times it is uplifting. “Heartache kept me from happiness all my life, and I felt caged,” Jules says. “Making the album was very therapeutic. I felt a release of sadness. I didn’t invite hope, but it just came into the songs. There’s not much happiness in songs these days and I wondered why hope was getting involved – I guess there’s always a reason for something.”

A clue to that reason can be found in the album title, she explains. “I used to see ravens on a phone line to another building outside my room. I see them as symbolic, lonely, dark, strong and mystical – to me they represent the lonely souls, hearts, and anyone who feels they don’t really belong. I always felt alienated, like I didn’t really belong here. The album title just came naturally: what am I doing songs for, what’s the purpose? It’s for those that feel they are similar, that they don’t belong or there’s parts of them that feel like that. The purpose is something pure, not ambitious.”

And where does the name Sea of Bees come from? “I did this house show,” she says, “and announced when drunk, ‘Everybody, I am Sea of Bees.’ I am Julie Bee, and I saw a sea of me’s doing everything like singing and playing guitar.”

In terms of musical references, there are a number I suggest. There’s something of the mythical and enchanted – hinted at in song titles like ‘Wizbot’ and ‘Gnomes’. I suggest a lineage that goes back to T. Rex’s mystical folk incarnation as Tyrannosaurus Rex, to which Jules bursts into an impromptu rendition of ‘Telegram Sam’. Then there’s the haunting electric guitar work that at times evokes the same desert landscapes as Calexico’s music that she describes as “beautiful soft and crisp”. The mournful and grungy guitar sound also recalls Neil Young.