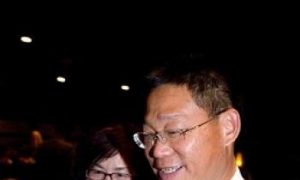 'Shen Yun presents a fusion of beauty and compassion'
0 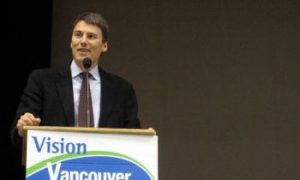 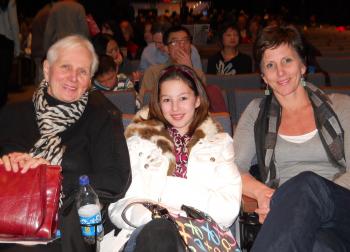 Interior Designer: ‘They put an amazing amount of colours together’

TORONTO—The “riot of colour” was just one of the things about the Shen Yun Performing Arts show playing at Toronto’s Sony Centre that impressed interior designer Sue Bennett.

“We see a lot of theatre and this show is beautiful,” she said after the Saturday matinee on Jan. 15.

“It’s nice because it’s a whole bunch of little stories. The colours of the costumes and the dances are spectacular. It’s very pretty.”

Owner of Bennett Design, a company based in Uxbridge, northeast of Toronto, that specializes in interior design and knowledge consulting, Ms. Bennett has a background in dance and as such appreciated “the subtle movements and the styling of the feet” of the Shen Yun dancers.

“I think [they have] grace and power, they are obviously very strong and talented,” she said, adding that the  inclusion of spins, flips, leaps, and difficult tumbling moves “just makes it a lot more interesting.”

The advanced jumping and tumbling techniques of classical Chinese dance, moves that some people think come from gymnastics, actually originate in Chinese dance, one of the world’s oldest and most comprehensive dance forms.

Ms. Bennett, a regular contributor to Homefront Magazine, is passionate about designing spaces that inspire people at their workplaces and comfort people at home. Her company focuses on people and their relationships with their surrounding environment.

She commended Shen Yun on the show’s innovative animated backdrops.

“It’s very symmetrically done. I thought it was very ingenious, done in a very smart way. I loved the colours. They put an amazing amount of colours together and I think it looked beautiful.”

“For the first one they had people in the centre wearing orange and turquoise, and then pink and soft blue on the sides. You normally don’t see those colours all meshed together but it was nice, it’s almost like a riot of colour—really pretty.”

The Shen Yun Orchestra is renowned for its unique combination of traditional Western and Chinese instruments such as the pipa, or Chinese lute, believed in ancient times to be a celestial instrument.

“It’s beautiful,” said Ms. Bennett. “Anything that has an orchestra involved, I’m always thrilled about it. It’s very nice, the atmosphere was lovely.”