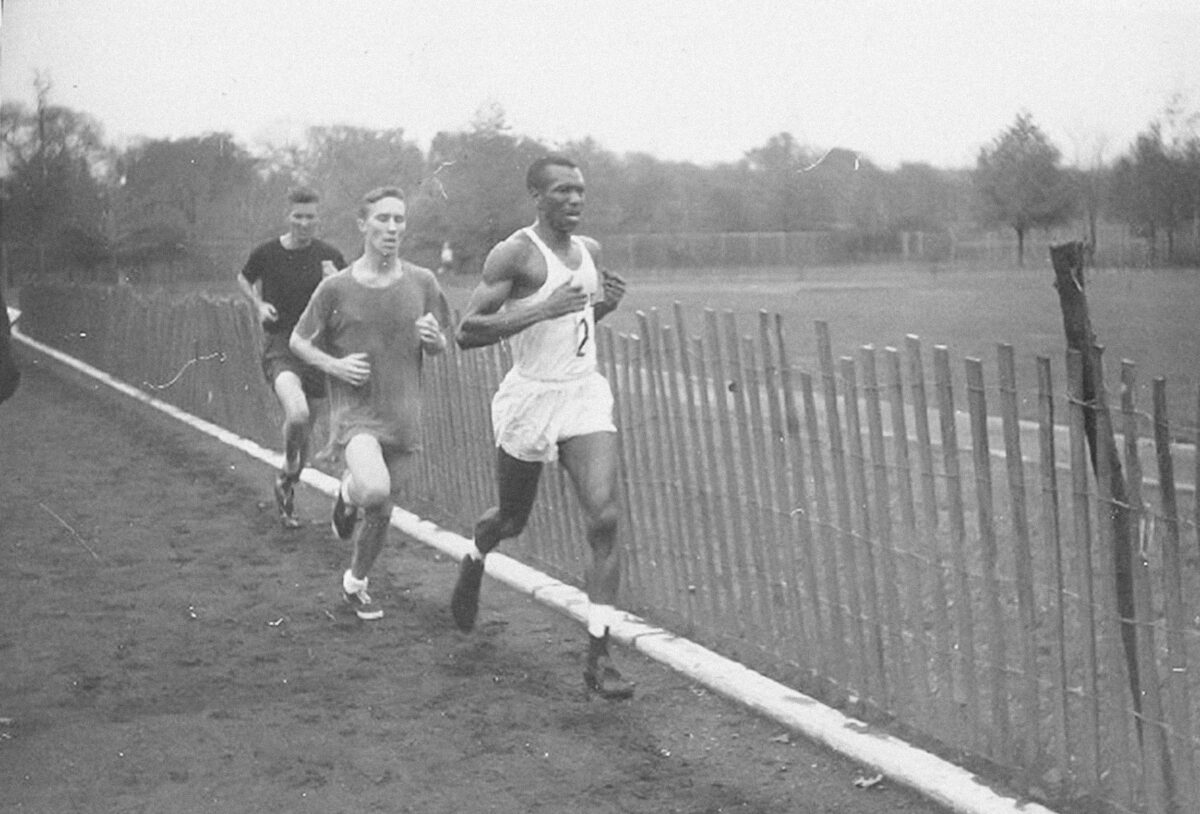 Inspirational Athletes from History: How Ted Corbitt Used His Running Career to Help Those in Need of Physical Therapy

In his work and in his avocation of running, Ted Corbitt helped others for decades
BY Ken O'Donnell TIMEJune 1, 2022 PRINT

Ted Corbitt estimated that he ran 200,000 miles in his lifetime. That amounts to more than eight full trips around the Earth.

Ted Corbitt was a world-class marathon and long distance runner who enjoyed an exceptionally long career. In the Boston Marathon, for example, his first race was in 1951, and his last race was in 1974, at the age of 55. If Corbitt were running in today’s era of advanced training and treatment, that would be amazing enough, but back when he ran and raced, his record was positively extraordinary. Corbitt, however, was not satisfied with the 26.2-mile marathon distance, so he competed in ultramarathons at distances of 50 miles or more.

What kind of a person chooses to run around the Earth eight times? According to Corbitt, “Long distance runners have to be very strange people. You have to really want to do it. You don’t have to win or beat someone, you just have to get through the thing. That’s the sense of victory, the sense of self worth.” It certainly would have been unusual to see anybody running in the streets of 1950s America, when fitness “joggers” were not yet common. That phenomenon did not begin until Corbitt was running his last races in the 1970s and 1980s. In that way, he was one of the true pioneers of his sport. Indeed, in his own city of New York, he helped to found the Road Runners and the Pioneer Club, groups that still operate wildly popular road races.

Amazingly, Ted Corbitt was not just a road racer, he was also a medical professional who once wore a portable EKG monitor during a race so that the impact on his heart could be studied at a later date. He held a master’s degree in physical therapy from New York University and worked as a therapist for 43 years at the Institute for the Crippled and Disabled in Manhattan. Corbitt began his therapy career back when polio, or “infantile paralysis,” patients still needed his attention. He was a dedicated healer who helped to improve the lives of countless children and adults.

Corbitt was also an Olympian who competed in the 1952 Helsinki Games and was the first African American to represent the United States in the marathon. Beginning in 1954, he won the Philadelphia Marathon four times. In 1955, at the age of 35, he was running his 13-mile daily commute from the Bronx to his job at the Institute in Manhattan. Corbitt said, “You have to watch yourself in traffic; you can only afford one misstep.” He had already been bitten by three dogs on the streets of New York at that point.

Ted Corbitt was a student during his entire life, of physical therapy, physiology, nutrition, and running. “I keep studying to keep on learning about the body. I don’t expect I’ll ever stop,” Corbitt once said. He never did stop. He clearly had chosen a lifelong passion for pushing his body to the limit, studying the result, and then learning from those results. His findings helped to elevate his own running performance and to advance his knowledge as a therapist for the benefit of his patients at the Institute.

Corbitt was part of a long line of successful, self-made Americans who started something that was sparked by an obscure book. He was strongly influenced by Arthur Newton’s “Races and Training.” Percy Cerutty of Australia and Dr. William Ruthrauff of Philadelphia were other sources of inspiration for him. In the late 1950s, Ruthrauff advised Corbitt to cut back on his training and to rest more often. In his early days, Corbitt would run six or seven days per week for a total of 100 miles. Later, he would sometimes run as much as 200 miles per week. If we were to calculate all those hours at seven minutes per mile, 100 miles of running would consume nearly 12 difficult and lonely hours per week.

Those of us who have not done any real running in quite a while may wonder, “What were all those miles actually like? Were they not so difficult for Ted Corbitt because he was exceptionally talented at his chosen sport?” In the 1965 London to Brighton 52.5-mile race, Corbitt sprained an ankle and limped to the end of the race. It seems that talent alone does not get you to the finish line. His body temperature dropped to such a low level in the 1966 Cherry Tree Marathon that he started to hallucinate. Corbitt also noted, “In the 1980 New York Marathon, I tripped on the 59th St. Bridge. I lost a toenail. I had to stop and limp in.” At the age of 50, Ted Corbitt set an American record for running 100 miles around the track in 13.5 hours. As we can see from all these examples, the discipline and dedication that it took to endure all that pain was clearly incredible.

Ted Corbitt described runners as “strange people,” and his lifestyle was unusual, but it fit his own definition of happiness. Everyone else took the subway to work while he was a nonconformist with an obsession: running. He lived in a time and place when he was largely free to live his life in a way that many others might consider to be just crazy. But where would we be without people like him, da Vinci, the Amish, Elon Musk? The outliers and the outsiders are often the ones who create things and advance our collective knowledge. They do not ask our permission, and they should not need to do so.

Corbitt had a habit of chewing every bit of food completely to aid with digestion. A lunch date with Ted sounds like it could have been a pretty lengthy affair. At 75 years old, he was still only 130 pounds at 5 feet, 9 inches. He ate no meat other than fish and chicken. Ted Corbitt died at the age of 88 in 2007. All of those miles running across parks and down city streets, pushing the limits of his own endurance during his lifetime, became a part of history. Still, his legacy is truly a great one.

Ted Corbitt ran 199 marathons during his career. In 2015, the first Ted Corbitt Award was presented to the Men’s Ultra Runner of the Year by USA Track and Field, the official governing body in the United States. Each December, the New York Road Runners, the group that Corbitt helped to found in the late 1950s, holds the Ted Corbitt 15 Kilometer Classic in Central Park (15 kilometers is about 9.3 miles). In 2021, there were over 4,000 finishers. Ted Corbitt was out there on the road long before running was so popular with such a large group. He would have been a solitary figure, alone with his thoughts and his determination. If you were fortunate enough to see him running during the prime of his career, he would have passed you by in only a few brief seconds as he worked his way, yet again, around the Earth.