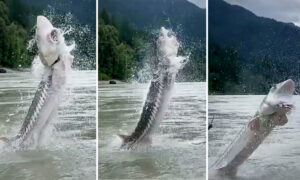 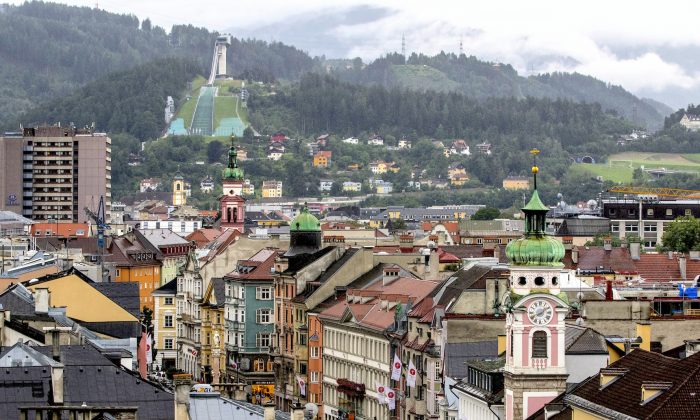 Innsbruck’s Old Town against a backdrop of the mountains with the Bergiesel Ski Jump in the distance. (Mohammad Reza Amirinia)
Travel

Innsbruck, Austria’s ‘Capital of the Alps’

Mohammad Reza Amirinia
Amirinia is an Engineer and Lawyer based in London. He is also a freelance writer and journalist who has a passion for Documentary Photography, Social Photography and Photojournalism and wishes to share his journey and inspirations through his visual essays.
View profile
biggersmaller
Print

Innsbruck, the capital of Austria’s Tyrol region, boasts a remarkable combination of culture and heritage ranging from the medieval to the renaissance, all of which is coupled with winter sports, summer hiking, and other adventure activities.

Innsbruck emerged as a European political hub of cultural importance in the 15th century when Emperor Maximilian I chose the city as his imperial residence. Its rich architectural masterpieces, such as Hofkirche (Court Church), the Imperial Palace, and the Goldenes Dachl (Golden Roof), are his legacy and that of his successors.

I began my exploration with a visit to Wilten Abbey Basilica on the edge of the city. The basilica’s foundation goes back to early Christianity (around the 5th century) but it has been rebuilt several times since then. It has a baroque façade, with its twin towers painted in white and yellow while its stunning interior is done in the soft colors of the rococo architectural style.

Next to the basilica is Wilten Collegiate Church, the oldest monastery in Innsbruck and the Tyrol region. It was built in the 12th century and is still home to several monks. Opposite these two churches is the 19th-century Westfriedhof cemetery.

Next, I headed for the south of the city and the Tyrol Panorama Museum, which houses the biggest painting I’ve ever seen. The Innsbruck Giant Panoramic Painting stretches across an over 300-square-foot canvas and depicts the Tyrolean rebellion of 1809 against Napoleon. The museum sits on Bergisel Hill, the exact spot where the battle took place. The 360-degree painting shows the extraordinary scenes of the fight for freedom. The painting is a permanent educational tool exploring the culture, religion, anthropology, and politics of the region at that time.

The Panorama Museum is connected to the Kaiserjäger Museum (the Imperial Tyrolean Infantry Museum) through an underground passage. The Kaiserjäger exhibits the different aspects of the history of Tyrol and displays Austrian military development from the 18th century to the 20th century.

From the museum’s terrace there’s a fabulous panoramic view of Innsbruck and its alpine surroundings. Innsbruck is actually known as the Capital of the Alps, nestled as it is among soaring mountains.

Nearby is the Bergisel Ski Jump, a modern landmark of Innsbruck. It stands high above the city at the top of a 150-foot tower along with the Bergisel Sky Restaurant, a panoramic restaurant that also affords a fantastic view.

The following morning, I took the funicular from the Old Town to Hungerburg, a town high up in the Nordkette mountains. From here, I planned to catch the cable car to 7,500-feet-high Hafelekar, the highest point of the Nordkette.

Before that, however, I got off at Seegrube to stand on a viewing terrace that overlooks the Inn Valley and take in the breathtaking views of Innsbruck and the Zillertal Alps, which stretch along the border of Austria and Italy.

Hafelekar is a popular destination for skiers as it boasts some of the steepest ski slopes in Europe. Despite strong winds, I hiked my way to the very top of the Nordkette, from where I could see regions around Innsbruck and the Italian border in the distance.

By the time I got back to the Old Town it was too late for a proper tour of the area’s landmarks, so I settled for a stroll along some of the narrow alleyways that make up so much of the city. Herzog-Friedrich-Straße, at the heart of the Old Town, is where tourists gather in the town square to marvel at the Goldenes Dachl, an ornate balcony with a gold-colored roof. In bygone days, the Emperor and his wife used the balcony to observe festivals, tournaments, and other events that took place in the square below.

The next morning I visited Ambras Castle, an 11th-century castle surrounded by landscaped gardens. The president of Austria happened to be there that day, too. Hewas attending a concert that was part of the Innsbruck Festival of Early Music, held annually at the castle.

After exploring the gardens I went inside the building and admired the main hall, lavishly decorated with a tiled wooden ceiling featuring late-medieval paintings and the Saint George Altar of Emperor Maximilian I. This beautiful gallery of art is a perfect fit for the classical music performances.

My last stop before the day ended was the Grassmayr Bell Foundry, which is both a casting factory and museum. Amazingly, it has been handed down through the same family since 1599. It is currently run by the father and brother of my guide Monica, who helped me see the city and the foundry.

The museum features the history of bell making. You can even ring several bells in a dedicated sound room to hear the various tones produced by the different-sized bronze bells. You can also watch metalworkers and casters working together with carpenters and sculptors as they make bells of all shapes and sizes.

I only had a few days in Innsbruck and it wasn’t nearly enough to do justice to this spectacular city. I can see a return trip on the horizon.

Mohammad Reza Amirinia is a freelance writer and journalist who has a passion for documentary photography, social photography, and photojournalism. Website: www.amirinia.com

Mohammad Reza Amirinia
Amirinia is an Engineer and Lawyer based in London. He is also a freelance writer and journalist who has a passion for Documentary Photography, Social Photography and Photojournalism and wishes to share his journey and inspirations through his visual essays.
TOP NEWS