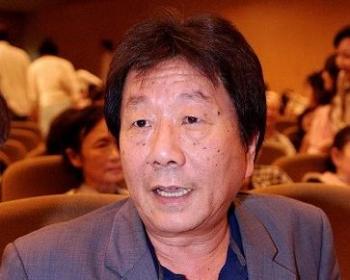 HSINCHU, Taiwan—“Shen Yun's performance has profound implications. It is a very high-level show,” said Mr. Chao Dianzhang, executive director of the Association of Industries in Science Parks in Hsinchu.

He made these comments after watching Shen Yun's fourth performance in Hsinchu on the evening of March 21. Since it is never easy to present the profound meaning of Chinese culture, he praised Shen Yun for its unique way of displaying the content of Chinese culture through dance. Since it is very rare to see a show like this, he was very impressed.

In addition, Mr. Chao also used the expressions “high-level” and “top-notch" while speaking about the vocalists’ performance. He said it was “really considerate” to display the lyrics on the backdrops during singing, so that the audience could catch the meaning right away.

By watching the episode of Heaven Awaits Us Despite Perseution, Mr. Chao believed this dance implied the greatness of divine power and the power of nature. He said that it helps guide people toward the righteous way and reminded each one of us to help each other at all times.

Hit by the recent financial crisis, many high-tech engineers at the Hsinchu Science Park are under severe pressure. Mr. Chao said most of them are lacking a spiritual way out through arts and culture. As a result, he said seeing Shen Yun's superb performance would help alleviate people's physical and mental stress.

Mr. Chao added, “Most engineers and managers in the Science Park are well-educated intellectuals. They would certainly be touched and enlightened by the show.”

As a frequent traveler between Taiwan and China, Mr. Chao wished that Shen Yun Performing Arts Company could tour more places in Taiwan. He said Shen Yun truly presented the essence of Chinese culture, which would effectively remind, alert, and inspire Taiwan's society. He believed that all the mayors and county magistrates, after watching the show, would enthusiastically promote the show, "like I would like to do."