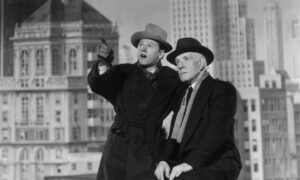 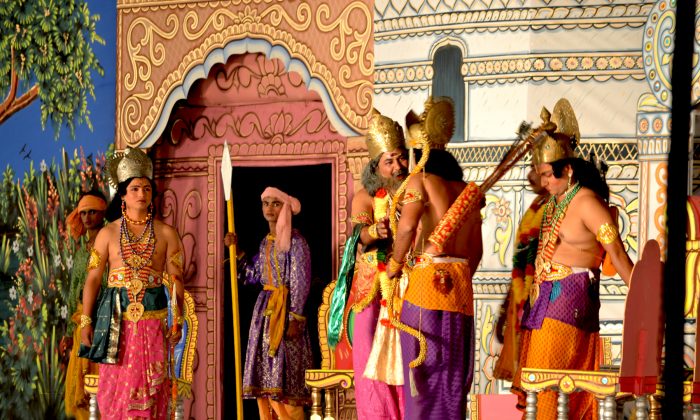 India, that vast, intriguing subcontinent in south central Asia, has a population of over 1.2 billion, two official languages (Hindi and English), and dozens of other official or “scheduled” languages plus around 190 endangered languages. It has 32 designated UNESCO World Heritage Sites as well as 51 on the tentative list and 11 “intangible cultural heritages of humanity.”

According to UNESCO, the country’s cultural history dates back 300,000 years. The rock shelters of Bhimbetka in Madhya Pradesh, some with Mesolithic rock art, are one of India’s listed world heritage treasures. The following five intangible treasures are representative of the 11 on that special list as of 2016.

Ramlila: the Traditional Performance of the Ramayana

Rama’s play, an epic performance of the Ramacharitmanas, a sacred text devoted to glorify the hero Rama and his return from exile, includes a series of scenes with song, narration, recitals and dialogue lasting from 10 to 12 days and sometimes for a month during the festival of Dussehra, held every autumn in northern Indian villages and towns.

The original Sanskrit text was translated into Hindi by Tulsidas, a 16th-century poet-saint and philosopher who wanted the poem to be understood by as many people as possible. The whole population comes together to retell the battle between Rama and Ravana and celebrate Rama’s return from exile and his victory over Ravana. The cycle of plays ends with Diwali, the festival of light, when an effigy of Ravana is burned, symbolizing the triumph of good over evil.

Singing and dancing are a way of life in Kalbelian communities in Rajasthan. At one time, Kalbali were professional snake handlers. Today, Kalbelia songs “pass down mythological knowledge through stories while traditional dancers are performing during Holi, the festival of light,” according to UNESCO.

The former way of life is evolving in new ways. Women in black skirts dance to represent serpents as they sway and swirl, while men accompany them on the khonjari, a percussion instrument, also using a woodwind instrument called “poongi” to imitate the traditional music played to capture snakes. Dancers wear traditional tattoos, jewellery and richly embroidered garments glittering with small mirrors and silver threads in imitation of the glistening skin of serpents.

The Kalbelia are said to compose lyrics spontaneously and improvise songs while they perform. The tradition is passed from one generation to the next and there are no texts or training manuals in existence.

According to UNESCO, “The Vedas comprise a vast corpus of Sanskrit poetry, philosophical dialogue, myth and ritual incantations developed and composed by Aryans over 3500 years ago.” The chants are regarded by Hindus as the primary source of knowledge and “the sacred foundation of their religion.”

The Vedas embody “one of the world’s oldest surviving cultural traditions.” There are a huge number of texts and interpretations collected in four Vedas, referred to as “books of knowledge” even though they have been transmitted orally.” The Rig Veda is an anthology of sacred hymns; the Sama Veda features musical arrangements; the Yajur Veda consists of prayer and sacrificial formulae used by priests; The Atharva Veda includes incantations and spells. The value of this tradition is not only in the rich content but also in the ingenious ways Brahmin priests preserved texts intact over thousands of years.

The Vedas still play an important part in contemporary life in India but only 13 of over 1,000 Vedic recitation branches have survived. Four noted schools are considered to be under imminent threat.

Ramman: Religious Festival and Ritual Theatre of the Garhwal Himalayas

Toward the end of April every year the twin villages of Saloor-Dungra in the state of Uttarakhand in northern India mark Ramman. This festival honours a local divinity, the tutelary god Bhumiyal Devta whose temple houses most of the festivities. It is a multiform cultural event with religious, environmental, spiritual, and cultural concepts.

Complex rituals mark the event—a recitation of a version of the epic Rama and various legends, along with songs and masked dances. Organized by the villages, each caste and occupational group has a special role, with the youth and elders performing; the Brahmins leading prayers and performing rituals; and the Bhandaris representing members of the Kshatriya caste (permitted to wear the most sacred mask, that of the half-man, half-lion Hindu deity Narasimha).

The Chhau dance tradition comes from eastern India and is an integral part of the cultures of the local communities, bringing together people from different social and ethnic backgrounds with assorted social practices, beliefs, professions, and languages. The dancers enact episodes from epic tales including the Mahabharata and Ramayana, as well as from local folklore and from abstract themes.

There are three distinct styles originating in the regions of Seraikella, Purulia, and Mayurbhanj; the first two use masks while dancing. Part of the local spring festival, Chaitra Purva, its origins date to indigenous forms of dance and martial practices. Dancers imitate mock combat as well as the movements of birds and animals and that of village housewives. The dance is taught to male dancers from families of traditional artists and from local communities. It is performed at night in an open space to traditional and folk melodies. Drums reverberate while musicians use reed pipes and other musical instruments to accompany the dancers.