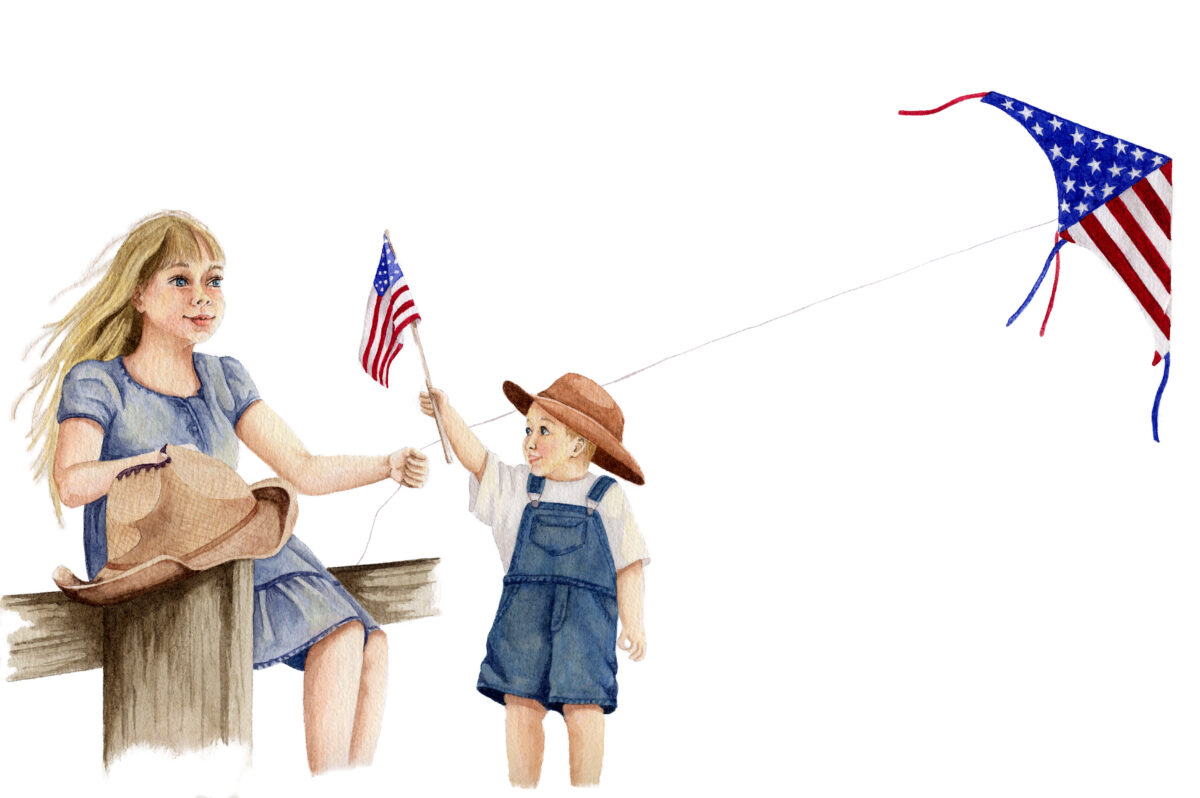 Marked by fireworks and barbecues across the country, Independence Day takes on a special significance when one lives near Washington, D.C. This year will mark our eighth holiday in the D.C. area, and our family will be continuing our tradition of visiting a site of historical significance on July 4th. For our family, Independence Day is a time of remembrance in which to reflect on stories of our nation’s founding, and we emphasize with our children the insights of gifted men in forming a government that has been a beacon of liberty and freedom to the world ever since. We also remind our children of sacrifices that were made by previous generations, which secured freedoms and liberties that we all too often take for granted today. We look for opportunities to visit sites of historical significance so that our sons can learn the stories that unite us all as Americans.

Our first July 4th in the D.C. area found us at Mount Vernon, where we experienced daytime fireworks over the Potomac River just after receiving a warm welcome from “George and Martha Washington,” who spoke from the veranda of their home. We observed a reenactment of a Revolutionary War battle on the green in front of the mansion while sitting beneath a tree planted while Washington lived at Mount Vernon. As the time for the fireworks approached, we walked around the main house in time to observe a swearing-in ceremony for newly naturalized U.S. citizens. It was a powerful moment to witness, and it was inspiring to consider that these new citizens would now have such a personally meaningful reason to celebrate our nation’s founding with the gathered crowd.

The following year, we visited Fort McHenry, where we spoke with “Frederick Douglass” before entering the grounds to participate in a flag raising ceremony. This is a truly spectacular event at Fort McHenry; all guests are invited to partake in a hands-on experience as they unfurl the flag prior to attaching it to the flag pole to raise over the Fort. It is all the more impactful when the weather permits the crowd to raise a flag equivalent in size to the one that inspired Francis Scott Key to write “The Star-Spangled Banner.” Key penned his famous poem after seeing the stars and stripes still flying after an overnight battle with the British during the War of 1812. This flag had 15 stripes and 15 stars, and it was 30 by 42 feet in size. (For comparison, most flags that are flown over garrisons today are 20 by 38 feet. In times of stormy weather or high winds, the flag over Fort McHenry is 17 by 25 feet.)

Another enjoyable Independence Day foray was our visit to Fort Washington, located across the river from Mount Vernon. An active fort through World War II, it was built in 1809 to defend the river approach to Washington, D.C. Because this is a significantly less-visited site than others in the metro area, my family had the run of the fort to explore, and we had a fabulous time pretending to use the cannons against the imaginary boats attempting to descend on our nation’s capital.

While these are some of the most enjoyable activities my family has had over the years, one will never run out of opportunities for such visits in the D.C. area, which pulls out all the stops for Fourth of July celebrations. With free admission every day of the year, Independence Day is a wonderful time to take advantage of the many museums that make up the Smithsonian in D.C. It is a particularly fitting time to visit the National Museum of American History, where you can visit the very flag that flew over Fort McHenry during the Battle of Baltimore. Its size has been reduced to 30 by 34 feet due to decay over time, and it is now kept in an environmentally controlled chamber to preserve what remains of this impressive flag.

Another meaningful visit might include a visit to view the American Presidents exhibit in the National Portrait Gallery. I remember how awestruck I was when I first saw the famous Lansdowne portrait of George Washington, which Dolly Madison removed from its frame and rolled up when she fled the White House as the British approached in 1814. This event during the War of 1812, in which the White House was set afire, was a retaliation for the American burning of the Canadian capital, and it marks the only instance in history when the American capital was captured (and occupied) by a foreign entity.

The National Archives traditionally hosts a Fourth of July celebration, and I can’t imagine anything more memorable than viewing the original remnants of the Declaration of Independence and the Constitution on Independence Day. Surrounded by the incredible portraiture in the rotunda in which these founding documents are housed would only add to the majesty of such an experience.

The cornerstone of the Washington Monument was laid on Independence Day in 1848, and it would be a wonderful site to visit on the National Mall in anticipation of the Independence Day fireworks that are preceded by the annual “A Capitol Fourth” concert.

If you live in the D.C. area, then you have no limit to the options you can choose for celebrating this sacred moment in our nation’s history. Sites of historical significance are to be found all over the country, though, and I encourage you to seek one out to visit on Independence Day this year. While you are there, be sure to share stories of our nation’s founding with your children, and emphasize to them the rich heritage we share as fellow Americans—and urge them to preserve it.