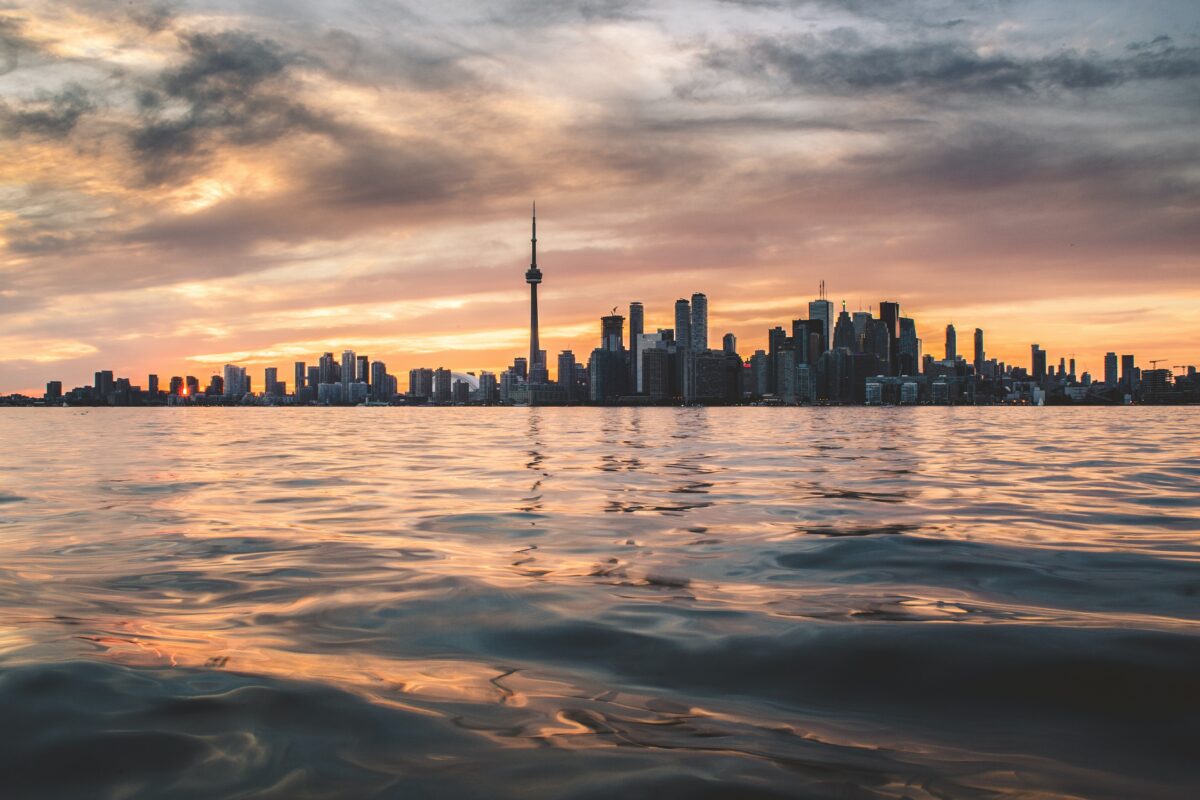 In Toronto, a Perfect Weekend Citycation

Detroit was undesirable when I was coming of age in the early 2000s. It was basically a no-go area, at least outside of a professional sporting event.

As a result, I never had the kind of big-city experiences—shopping in flagship downtown department stores, riding a subway, gazing up at massive skyscrapers—that many urban dwellers take for granted until I started going to Toronto, the capital of Canada’s Ontario province, for hockey during my high school and college years.

Since then, I have been amazed at how Toronto has exploded, especially along the waterfront between the Gardiner Expressway, one of those typical urban highways, and the Lake Erie shore.

The explosive growth hasn’t been limited to just towers. It’s also very evident during the last 45 or so minutes of the drive from Detroit, when Highway 401 becomes abutted by the bland architecture of corporate office parks and suburban housing developments.

Toronto is closer to Chicago in population, but its dominance over Canadian culture, media, arts, and business puts it in the same category as New York City.

And with Ontario on the path to fully reopening by mid-March, now is the time to plan a weekend citycation to Canada’s largest city.

I spent a long weekend checking out some of Toronto’s world-class museums, including the Aga Kahn Museum. Getting there required an Uber ride, but the journey was worth the hassle. The collection of Islamic art was a nice change from the Western art that dominates other museums.

Back downtown, the Royal Ontario Museum has a fascinating collection, including the Bishop White Gallery of Chinese Temple Art. The gallery takes its name from Anglican Bishop William Charles White, who served as a Christian missionary in China’s Henan province in the late 19th and early 20th centuries.

Nearby is the Art Gallery of Ontario. Those with an interest in architecture will also be drawn to the museum’s façade, which was redesigned earlier this century by Toronto-born architect Frank Gehry. Chances are you’ll either love it or hate it.

Even if you aren’t into hockey, the Hockey Hall of Fame is a must-visit, if only to better understand the sport that doubles as Canada’s national religion.

In warmer months of the year, consider a visit to Fort York National Historic Site. The late-18th century British military fortification saw action during the largely forgotten War of 1812, when the Americans captured the fort and the town that became present-day Toronto over the course of a battle in 1813. Just don’t get into a discussion on who actually won the war, as Canadians insist they were victorious even though most historians consider the outcome a draw.

I recommend staying at the InterContinental Toronto Centre. Located near the landmark CN Tower on Front Street at the heart of downtown Toronto, the hotel is part of the IHG Hotels & Resorts portfolio. The brand is also undergoing a refresh with the launch of new loyalty program benefits.

Many big hotels can feel overwhelming, but not the InterContinental. Not only did I find the service, especially in the restaurant, to be quite good, but the spa and poolside patio made it easy to relax.

Getting to Toronto is easy even if you don’t live within driving distance.

From Pearson, the Union Pearson Express train is the fastest way into downtown Toronto. It terminates at Union Station, which is a short five-minute walk from the InterContinental.