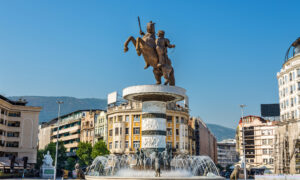 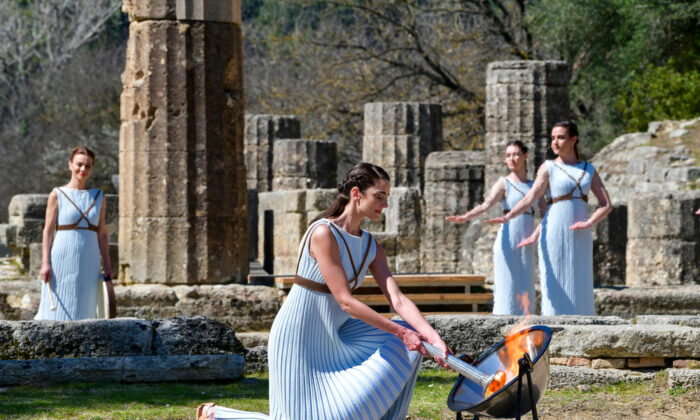 In Search of the Olympics, in Greece and Around the World

Once, say the ancients, Zeus tossed a thunderbolt on this place. Seated in his home atop Mount Olympus, the greatest Greek god apparently signaled with this fiery gesture that he would take up residence in Olympia, a placid place covered in olive groves on the Peloponnese Peninsula.

According to the official record, the first Olympics took place here in 776 BC—a rather rural affair, held in a broad, natural stadium. Zeus’s sacred tree marked the finish line, and victors wore wreaths made from its branches, twisted into horseshoe shapes, and placed atop their heads.

Fast forward to the 21st century, and I arrived here to find that I have Olympia almost entirely to myself. No cheering fans, not a single athlete—and barely any tourists. Now an out-of-the-way spot far from the main attractions, little is left to indicate that this was the birthplace of the world’s most important sporting event. Ruins from a once-mighty temple and some other structures, the columns now untethered and standing alone, plus the remains of the stadium. I walked by the spot where they still light the Olympic flame every two years. And then I took a few minutes to re-enact a couple of the events, running out of the tunnel and down the track, then swirling in place, in my own little approximation of a discus thrower, about to set a record.

I was in Greece, in search of the Olympics. Now a global affair attracting more than 200 nations, thousands of athletes, and billions of television viewers, the modern development of these games is actually relatively recent, and their expansion, dramatic. Every two years, we’re transported to a new city, winter and summer, learning about the hosts, as we thrill to new triumphs and cheer on the runners and high-jumpers and curlers and skiers and shot-putters, everyone seeking achievements—higher, and faster, and stronger. And in my travels, I’ve visited many of these sites, places where, for a moment in time, the entire globe fixed its focus.

By comparison, those early Olympics were a rather simple affair. For example, the stadium was most of the time a farmer’s field, planted with wheat that was only trimmed in time for the games. Events included running races, wrestling, boxing, and even equestrian events, but it was more than a sporting event. It was also a religious festival. Olympia became a destination for anyone who had a product to sell, or a message to deliver, or work to display, as it attracted painters, philosophers, and merchants from across the Greek world. (Temporary truces in any ongoing conflict ensured their safe passage when the Olympics were taking place.)

Held for hundreds of years, the stadium steadily increased in size, with a gymnasium and other facilities added later. The track always remained the same size, with legendary tales about its 600-foot length—including one that says this was the exact distance Hercules could travel on a single breath. But they didn’t last forever. As the power of Rome replaced Greece, the games faded, eventually banned as a pagan ritual in the 4th century AD by Emperor Theodosius I.

Their full revival didn’t take place until 1896, and it was, appropriately enough, Greek. The effort was spearheaded by Pierre de Coubertin, a French aristocrat and academic who founded the International Olympic Committee, which met in Paris in 1894 to select Athens as the host of the first modern games. On April 6, some 80,000 people gathered to open the Games of the First Olympiad at the Panathenaic Stadium, a place built entirely from marble, just steps from the heart of the city, visible from the foot of the Acropolis.

For the following nine days, 14 nations competed for gold, silver, and bronze. Swimming events were held amidst rolling waves in the open sea, and at least one athlete noted that his will to live was as much a motivator as winning. An American named James Connolly claimed the first gold, in triple-jump.

Wrestling was Greco-Roman style, and the tennis event attracted few top talents. In fact, an Irishman named John Pius Boland, who happened to be in town on holiday, took home the title. He then struck an impromptu partnership with a German named Friedrich Traun, and together they triumphed in the doubles competition. And Spyridon Louis, a previously unknown water carrier, instantly became a national hero. Setting off from Marathon, he brought glory to his home country, Greece, when he was first to finish this signature 26.2-mile event, cheered on across the line by 100,000 spectators.

And while Greece’s King George I declared his intention at the closing ceremonies that Athens should become the permanent home of the Olympics, they wouldn’t return there for more than 100 years. But these games have left their mark across the globe. A total of 43 cities across five continents have hosted, and a number have enjoyed the honor multiple times, including Paris, London, Innsbruck, and St. Moritz.

Beyond memories, these massive global gatherings, which now include some 400 events, leave behind infrastructure that I’ve encountered all over the world. I’ve watched the Expos play baseball in Montreal’s Olympic Stadium, home to the 1976 Summer Games, and the USC Trojans play football in the Los Angeles Coliseum, which will host its third Olympics in 2028. In both Lake Placid and St. Moritz, I marveled at mountainside ski jumps. And in Calgary, where the world gathered in 1988, I thundered down the bobsled track. Riding in a wheeled summer sleigh through 10 turns, my heart leaped to my throat as I rattled to the bottom, rolling at about 50 miles an hour on a course once run by the Jamaican bobsled team, made famous in the movie “Cool Runnings.”

And in Vancouver, I tried speed skating—and it was not a golden performance. An ice hockey player from a young age, I grew up on skates, gliding across canals and ponds in my hometown, and carrying the puck across the blue line at the rink. But that didn’t help me much, the day I decided to lace up at the Richmond Olympic Oval, where skaters set records at the 2010 Winter Games.

Soft-sided with big, long blades, I felt like a foal on new legs, teetering atop them, lacking the structure and stability afforded by hockey skates. Stumbling down the corridor, I barely made it to the ice, which glimmered under the lights, the 8,000 seats all empty. Which was a good thing, given my performance. Setting out on a counter-clockwise course, just like those champions, I didn’t make it the full 400 meters—not even close. Unsteady and losing confidence by the second, I looped back to the bench, wobbling as I sat down, and got those blades off my feet as quickly as possible.

It wasn’t worthy of Zeus. Back at Olympia, where his temple once dominated the hilltop, I took one last trip down the track, just a slow walk, trying to picture the fevered competition and roiling scene, more than 2,500 years ago. And then, a little hungry, I followed the smells of tzatziki and roasting lamb wafting over from a village nearby, ready to reward myself with an early lunch for Olympic efforts.