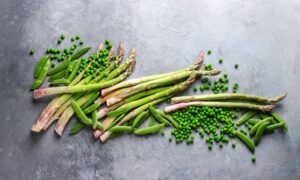 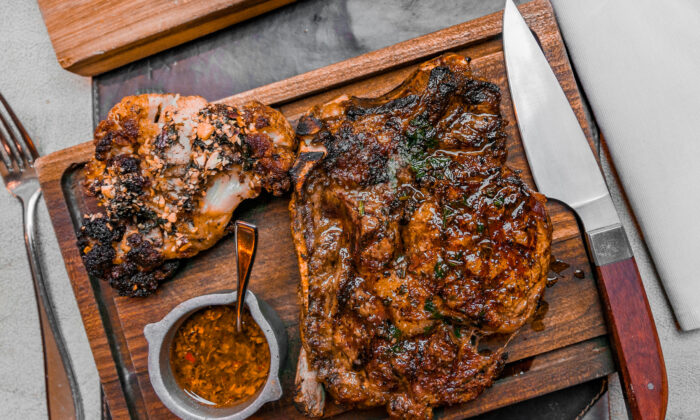 In Argentina, barbecue is an art. (Jiann/Shutterstock)
Destinations

In Search of the Best Steak in Buenos Aires, Argentina

I hadn’t yet tucked into my first bite, the Malbec poured just a moment ago, the tables all around me full of happy diners chattering away over bites of steaming meat, when the son of the owners swung by my table. After a minute or two of chit-chat, he made me an offer I couldn’t refuse. “Do you want to see why the steak here at Don Julio is so good?” asked Pablo, already fishing for a key and rising from the table, assuring me that the ojo de bife I had just ordered would be kept fresh, and hot. Following him out into the street, we made our way about half a block down the cobblestones of the historic Palermo district, him opening the door on a building with darkened windows that I otherwise would have assumed to be someone’s private home.

“Get ready,” he said swinging the door open. “This is where the magic happens!” Turning on the lights, he revealed a series of ground-floor rooms filled with sides of beef and explained that they source their grass-fed, organic meat from the best ranching area in a country that raises the world’s very finest beef. Walking through the chilly building, he explained that this process of dry-aging, which takes place over several weeks to even months, is different for every cut, and adds texture and flavor, like a fine wine. Returning back to my table, I quickly experienced what he was telling me about—the steak summarily delivered by the waiter was tender and juicy, a pleasant saltiness coming from the middle of the meat. It may not have been the best steak of my life—but, I can say, it was close.

Nobody loves beef like Argentina. Walk five minutes down any street in Buenos Aires and you might pass five steakhouses, all of them full. Famously, the country is home to more cows than people and is a global top-five beef exporter. And its citizens are some of the most voracious carnivores on earth, by some estimates consuming more beef per capita than any other nation. And with passion comes quality—Argentinians are demanding diners. My challenge? To find the best steak in the city (with, or without, chimichurri).

It’s about the cattle, that’s a big part of it. Argentinians have been ranchers since the conquistadors brought livestock here in the 16th century, and in the years that followed, exports enriched the country. Unlike some places where cows consume grain on feedlots, the vast majority of Argentinian beef comes from Las Pampas, a vast grassland covering more than 450,000 square miles. Here, gauchos on horseback guide free-roaming herds across the vast plains, the cows eating fresh food, and kept hormone and disease-free.

And there’s the grill, too. Known as a parilla (pronounced par-eesha), chefs prepare the fire with wood or charcoal hours before meat will ever enter the picture, building the perfect heat. While American steaks are all about the fire, Argentinians aim for an even temperature all the way through, the grill often tipped forward to prevent flare-ups. And it’s not just at the restaurants—a Sunday asado is a cornerstone of the culture here, with friends and family gathering around the grill, good food, wine, and company stretching across an afternoon and into the evening.

“You can feel the difference, you can taste the difference,” Tomas told me, one of the three brothers who own Fervor, adding that their beef is dry-aged for a minimum of three weeks.

Located in the stylish Recoleta neighborhood, the restaurant attracts mostly locals, denizens crowding around raucous tables in the bi-level main restaurant, and onto the open-air rooftop patio. “This is a city where we live all day and all night—people come here after work and they stay for hours,” he said.

After some excellent seafood—the restaurant works with their own fishermen, and everything from sea bass to snapper to scallops arrives fresh daily—I slice into a T-bone (known here in Argentina as bife de costilla). Tender, juicy, and perfectly cooked, it delivers just that right amount of salt.

Finding the best steak in a city of greats isn’t an easy task, and things got even more complicated at La Cabrera, back in Palermo, where the line of hungry customers often snakes out the door. Small and unpretentious, they offer some two dozen cuts of meat, and paper placemats, with a simple illustration of a cow, to help clarify things. For American steak lovers, who often stick to sirloin, ordering in Argentina can be a bit confusing. While some cuts are pretty straightforward—for example, ojo de bife is the same as a ribeye at home—here you can order from all over the cow.

An employee stopped by and, with the aid of the placemat, helped explain. People enjoy mollejas, sweetbreads, as well as entraña, a skirt steak, generally fairly inexpensive and popular with locals. You might try the tapa de asado, the rib cap, and the vacio is delicious, a flank steak taken from near the lungs of the animal—constantly fed by the cow’s blood flow, it’s chewy, with an almost coppery taste.

I continued to sample across the city, from an ultra-tender wagyu at a celebrity favorite called La Cabana in Puerto Madero next to the River Plate, to a tango dinner and dance show where, despite being super-touristy, and maybe a tiny bit cheesy, the bife de chorizo (strip steak) managed to be delicious. And I found an excellent meal in another unexpected place—by the roadside.

Driving through the country just outside of town, I passed a sort of partially enclosed truck stop, with a bit of smoke and the smell of cooking meat wafting out one side. Parking in the unpaved lot, I approached a massive grill with what looked like a hundred hunks of meat sizzling in the middle. Encircling it, an unusually diverse mix of patrons sat and sipped wine and bantered with the grillmaster, everyone from well-dressed young couples to polo players from nearby farms to bona fide truckers.

Before I knew it, I was invited to don an apron and try my hand at the parilla. Feeling the pressure, the anticipation from all around me, plus the heat of the fire, a little bead of sweat rolled down my face. I flipped a few steaks and flashed a smile, but soon enough, I happily gave up my tongs to the expert, and took a seat at that table. Up next—a healthy serving of bife de lomo, tenderloin, some sweetbreads, with a little bite of vacio, too. And maybe just a dab of chimichurri, to finish off an excellent meal, as the trucks rumbled by behind me.